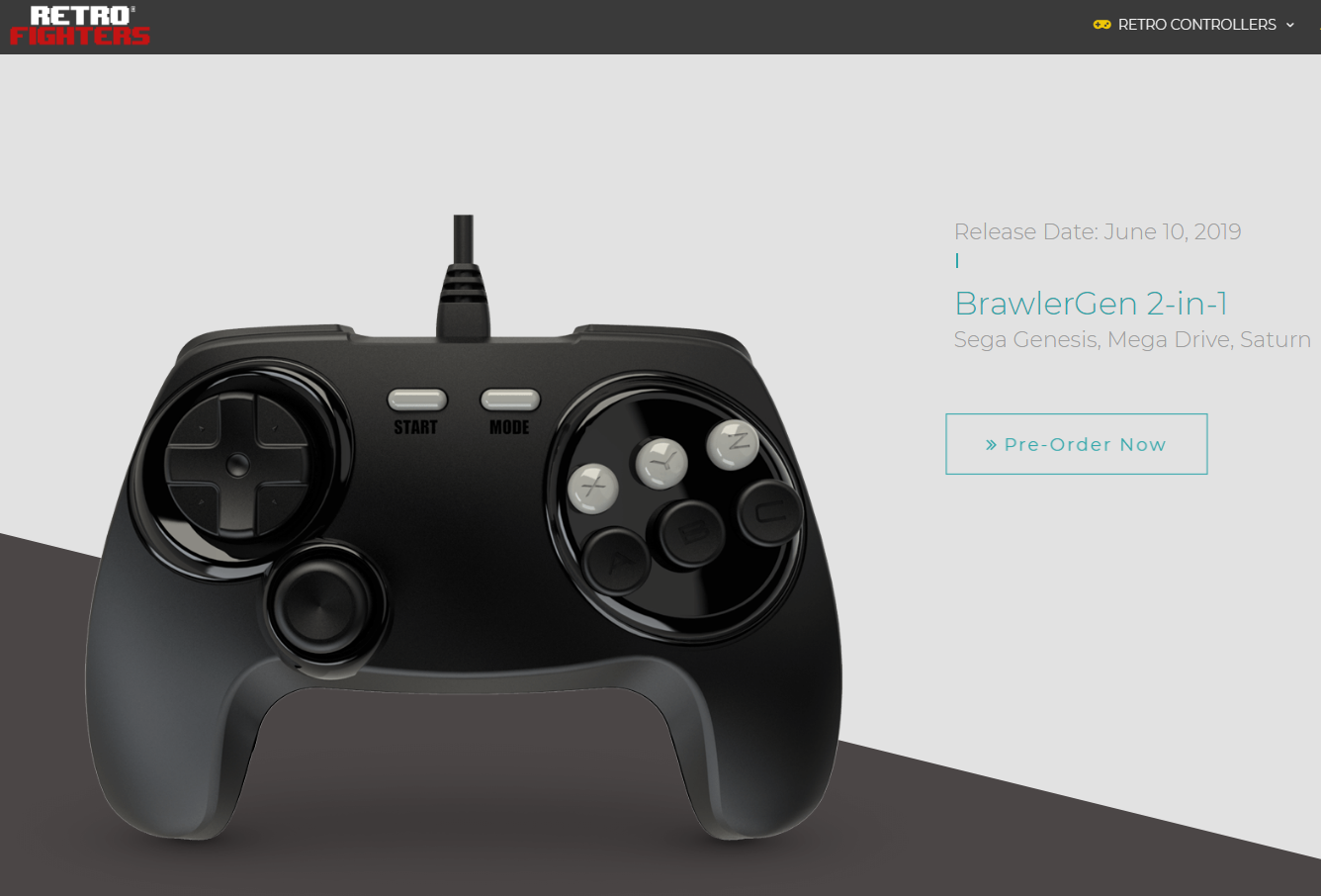 Release is scheduled for June 10, 2019 (just in time to compete with Retro-bits offerings) and pre-orders are open on their site for $39.99. Castlemania games is also accepting pre-orders on their site, at a slight markup of $44.99. Depending on tax & shipping, prices may differ somewhat per buyer.

According to Retro Fighter’s website, the controller is currently in the prototype and testing stage. When released, it will come with a 12 month warranty. Pictures only showcase it as a wired controller, similar to all of their other current controller releases.  Very few Genesis games utilized an analog stick, and not all Saturn games utilize it either.

There is also native backwards compatibility on the Mega Drive/Genesis with the Sega Master System through the Power Base converter.  Not all Master System games play nice with Genesis controllers so it should be interesting to see if this controller addresses that issue with a button combination like the Joyzz from Krikzz do.

2019 is shaping up to be an interesting year for Sega fans.  This year 8bitdo, Hyperkin, Retro-bit, and Retro Fighter’s are all jumping on the bandwagon. In my opinion, the current champ is Krikzz Joyzz controller that I mentioned earlier, but I look forward to the upcoming competition. Hopefully, none of these upcoming options disappoint.