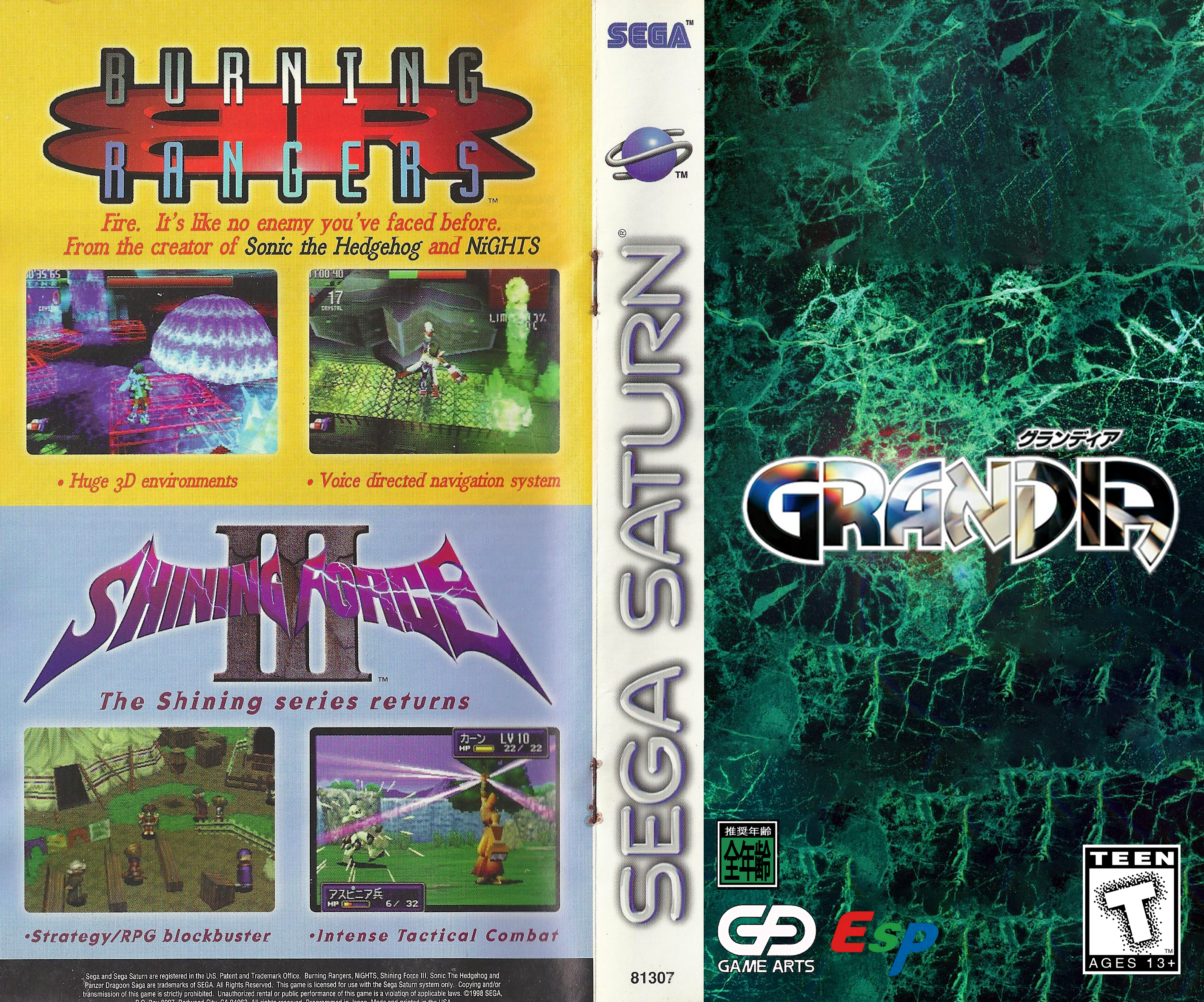 Over on the SegaXtreme forums a member by the name TrekkiesUnite118 has started a thread about using the English translation from the Playstation version of Grandia to localize the Japanese Saturn version.

In its day Grandia was an incredible technical achievement and remains one of my favorite games of all time.  I have always thought of it as a spiritual successor to the Lunar series (as both were made by Game Arts and Studio Alex).  The game was released toward the end of the Saturn’s life and that put it on precarious footing for getting an English localization.  At the time, Sega of America was said to have been considering doing its own localization but opted to bring Scenario 1 of Shining Force III to the U.S. instead.  Eventually the game was ported to the Playstation in Japan then later localized in English by Ubisoft, however many feel the Playstation version to be a technically inferior release.  Without getting into the details, the Saturn version had smoother framerates better color and just all around cleaner graphics.  Also, the voice work for the English localization was, to put it mildly, divisive.  While it was nowhere near the worst of its era, lines were delivered without conviction or apparent knowledge of the context and just didn’t really match the quality of the Japanese version.  In fact, there are already patches available on romhacking.net to restore the original Japanese voice tracks for the English PS1 release.

While the thread on SegaXtreme is almost a year old, recent progress, including playable betas of the patch, have moved this beyond the speculation phase to a project with some legs.  By patching Disc 1 and burning it to a CD-R, this is playable on a real Saturn (with appropriate “backup” playing modification, of course), though because this game uses streaming pretty heavily, the Saturn can have a hard time with reading the game properly from CD-Rs so the author strongly recommends using emulators until some more of the bugs are squashed.  If you do want to use CD-Rs anyway the usual recommendations for high-quality media with low write speeds apply.  With the Rhea, Phoebe and upcoming Satiator there are, of course, plenty of other options. In addition to a beta of the patch itself, the author also provides a Debug version to simplify making bug reports.

If you’re a fan of the game, or just the Saturn in general, I strongly suggest checking it out!

(125)
$59.99
LONG BOX REPLACEMENT CASES FOR SEGA CD / SEGA SATURN / PS1 *AVAILABLE MID-MAY 2021* *LOCKING DISK TRAY* *CLOSES TIGHTLY* *DOUBLE BUBBLE WRAPPED*
(as of August 2, 2021 - More infoProduct prices and availability are accurate as of the date/time indicated and are subject to change. Any price and availability information displayed on [relevant Amazon Site(s), as applicable] at the time of purchase will apply to the purchase of this product.)
Liked it? Take a second to support samson7point1 on Patreon!