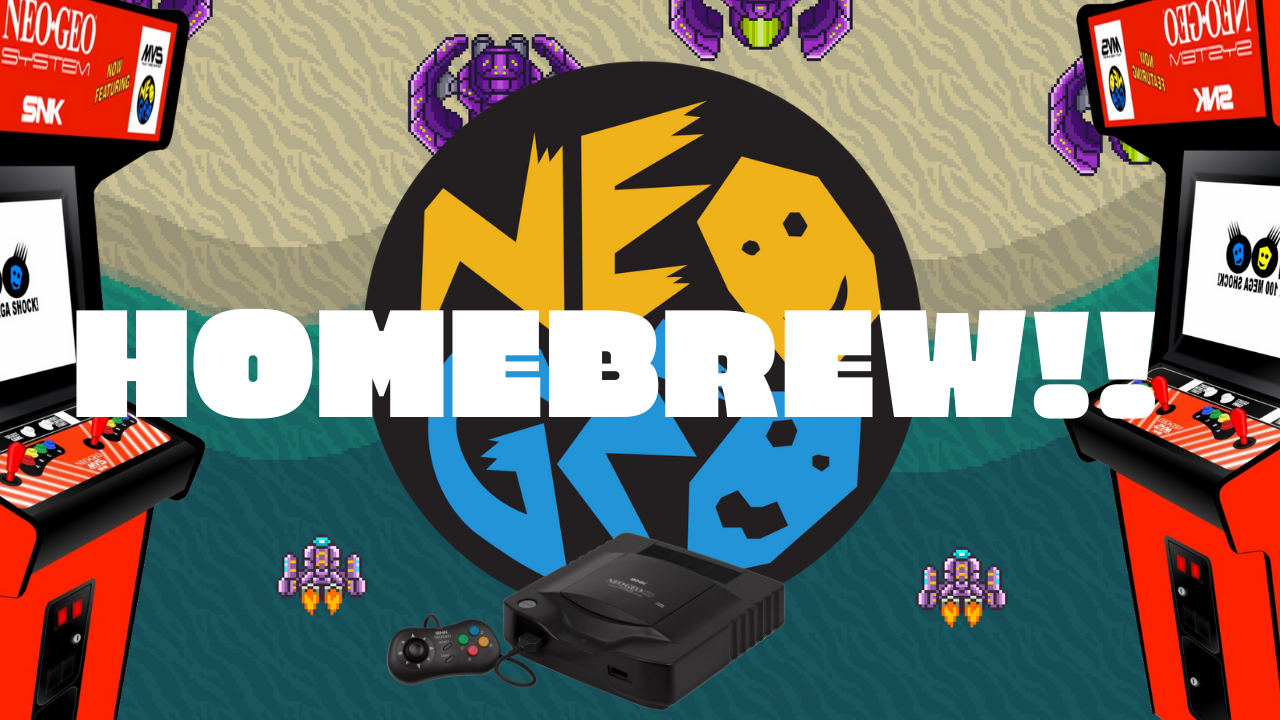 Project Neon, a recently announced Neo-Geo shmup released a public “Caravan Demo” that is playable on real hardware, MAME, and the MiSTer.   The proposed game, which we covered recently on this blog, is set to be a co-op a bullet hell shmup with selectable levels when completed.

Developer release notes are as follows:

We’re happy to share this very early first milestone and are looking forward to your feedback and hi-score/gameplay submissions!

What makes this great (at least for me) is that the often ignored Neo-Geo CD is also included as part of this demo release.  Considering that the kickstarter didn’t even have a Neo-Geo CD option, this is a promising development.

I promptly burned the provided disc image and played it on original Neo-Geo CD hardware. The results which can be seen in the video linked above.  The game is definitely very early in its development, with the graphics looking fairly basic for a Neo-Geo game. At least it ran smoothly, which is of course, a good thing.

In response to comments regarding how the game looks: Well, maybe don’t just take our word for it when we say that we’re still continuously improving pretty much every aspect of the game stated FULLSET (Project Neon’s developer) in a twitter post showing off what appeared to be a version of the game with much improved graphics.

Well, maybe don't just take our word for it when we say that we're still continuously improving pretty much every aspect of the game 💦 pic.twitter.com/Ri7psquCYd

Project Neon is scheduled for release sometime in December of 2020, and Pre-orders are available on their website linked here: Project Neon
Before placing any pre-orders, ALWAYS make sure to do your own research and take account of how long the refund window for your payment provider is in relation to a products release date.