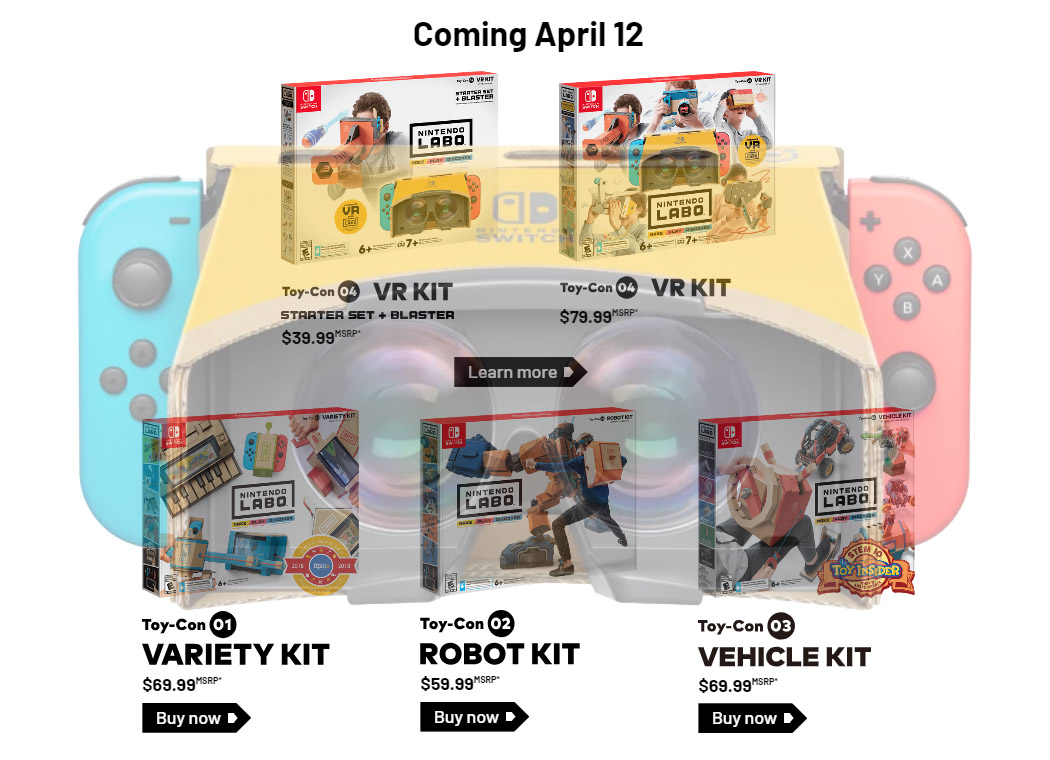 Nintendo has once again announced that they’ll be selling us an overpriced, piece of cardboard that we’ll have to bend into place to use.  This time, it’s in the form of “Toy-Con” VR goggle kits:  https://labo.nintendo.com/kits/vr-kit/

As you could imagine, it’s (unironically) similar to the Google ‘Cardboard’ “VR” glasses and uses the Switch’s 720p resolution screen to present an image in stereoscopic 3D.  As someone who’s tried many variations of cell-phone-based VR games on screens with a much higher resolution, I can confidently say to keep your “VR” expectations in check.

All of this seems quite expensive for a  not very durable console add-on, that’s twice the price of fully-featured cellphone VR accessories that come with a controller (and, you know, let you use your hi-res cellphone screen).  Who knows, maybe Nintendo has found a creative way to interact in 3D with a low-res screen?  I just hope someone makes a Virtual Boy out of a piece of cardboard and hacks it with a good emulator… 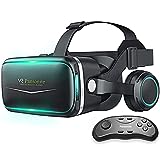 (1189)
$45.99
📧Permanent free replacement-Professional technical support☎️- Customer satisfaction is of great encouragement to us.No need to worry about quality. Unsatisfied-the fastest 100% refund. In case of any product failure, missing parts, difficulty in use,... read more
(as of February 4, 2023 - More infoProduct prices and availability are accurate as of the date/time indicated and are subject to change. Any price and availability information displayed on [relevant Amazon Site(s), as applicable] at the time of purchase will apply to the purchase of this product.)
Liked it? Take a second to support Bob on Patreon!