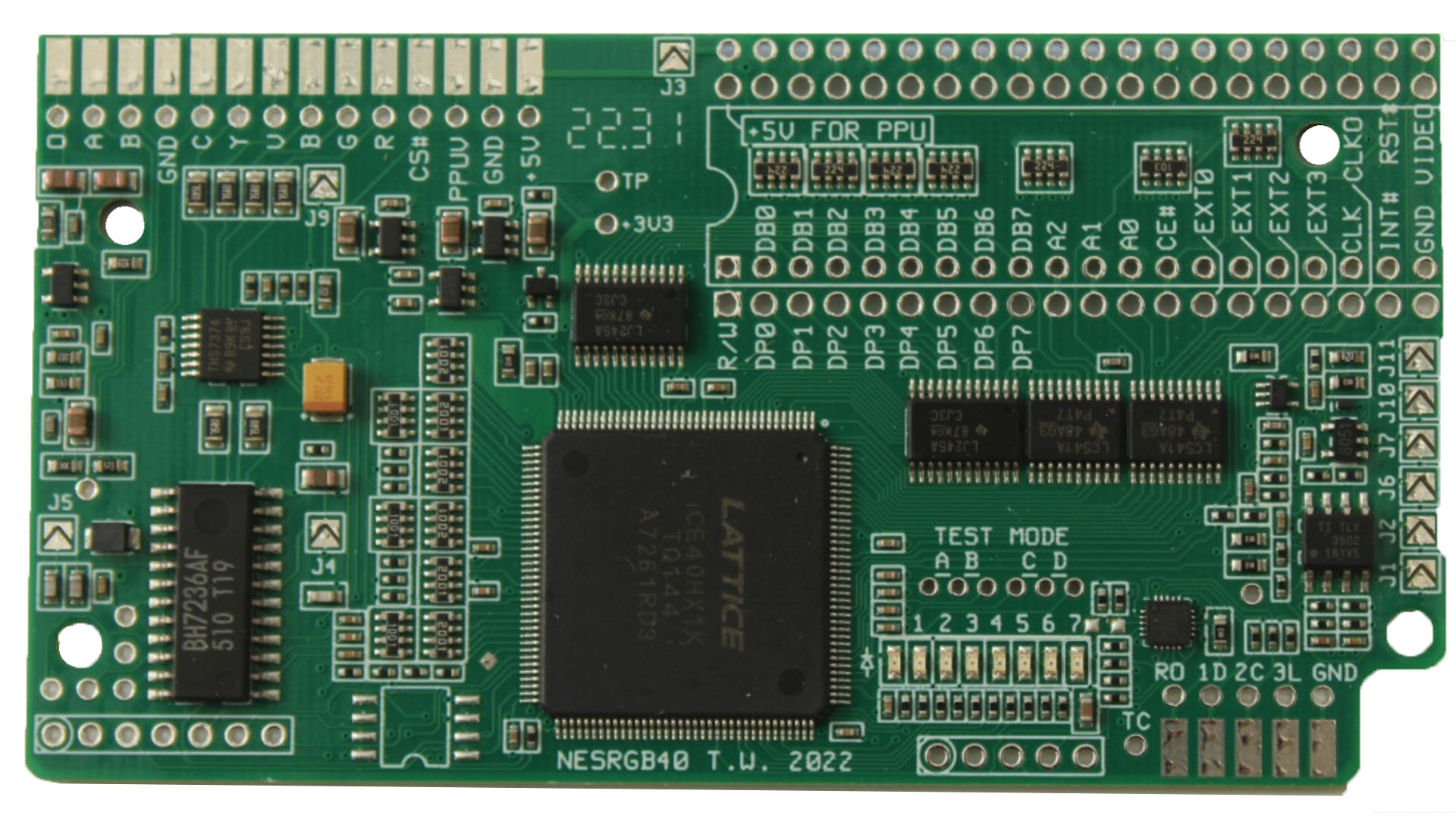 Tim Worthington has just released the latest version of his RGB kit for NES and Famicom consoles.  This 2022 version of the NESRGB doubles the amount of color palettes that can be stored from three to six.  It also includes an in-game reset option that lets you reset the console with a button combination on your controller.  This version still includes the “dejitter” mod, which helps with compatibility of modern HDMI device and also includes a “test mode” for easier troubleshooting.

While we’ve all been spoiled by the amazing RGB and HDMI mods the community has been making these past few years, it’s hard to think there was a time that the only option to get RGB from an NES was to cannibalize a PlayChoice-10 PPU, build a custom board and deal with a (mostly) wrong color palette.  Tim’s original NESRGB not only provided a (relatively) easy way to get RGB from NES and Famicom consoles, but it inspired quite a few mods that came after it.  I’m happy to see the original re-released with some more updates and it’s also cool that it’s still the reining champ of RGB mods for the NES!

If you’d like to hear more directly from Tim, check out the in-person interview we did a few years back: