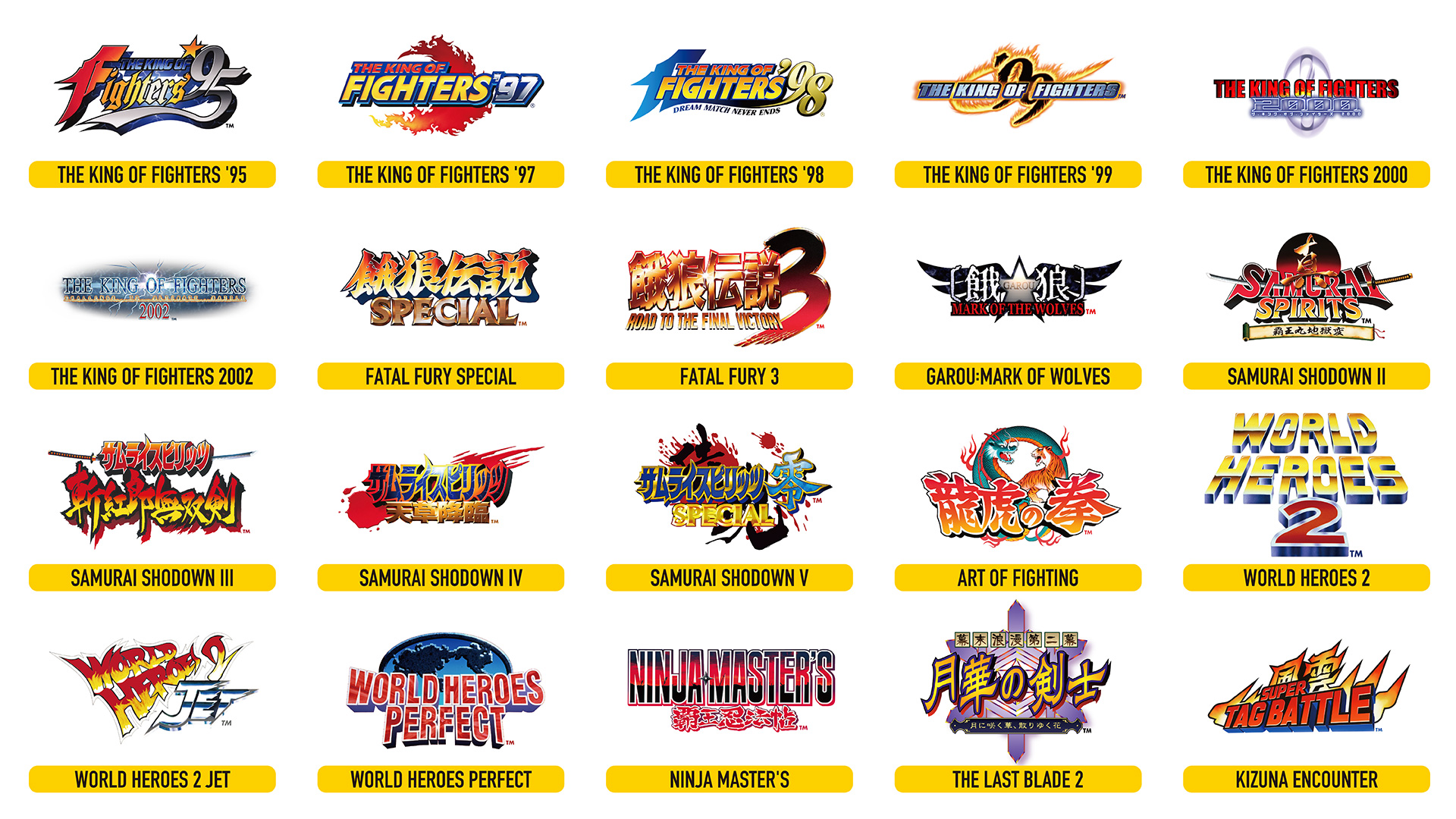 While a big portion of the Neo Geo MVS/AES/CD ‘s repertoire consists of one-on-one fighting games, over-the-top action games/series like Metal Slug, Aero Fighters and Shock Troopers brought forward a whole new audience to the system. With its forthcoming plug-and-play hardware, SNK decided to purely focus on the former and completely ignore the latter; a highly questionable step in my opinion. Without further ado, here’s the list of games that we’ll be getting, when the Arcade Stick Pro sees the light of day (the date hasn’t been disclosed yet):

Alongside the above list, a few more features were announced in SNK‘s latest press release:

Check out Ray‘s article about some previously announced details: https://www.retrorgb.com/new-neo-geo-arcade-stick-pro-details-revealed-by-snk-japan.html