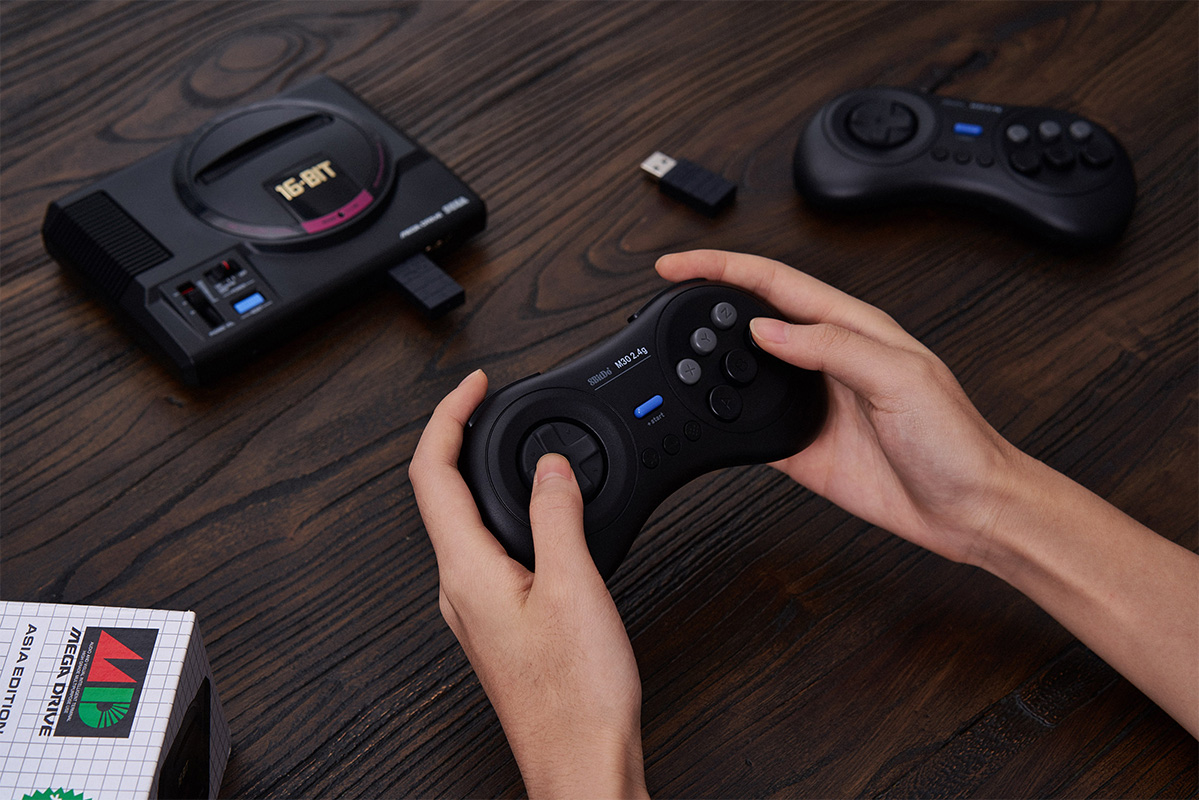 The third iteration of the well received M30 wireless controller was just announced by 8BitDo, this time it’s accompanied by a USB dongle that plugs right into the front port of Sega’s newly released “Mini” console.

The controller itself seems to be aesthetically identical to its previous versions. Functionality wise, the Turbo button is self-explanatory and the Home button redirects the user to the Genesis Mini’s main menu.

After close examination of the Genesis Mini’s performance, Bob recently found out that the system has an inherent 3 to 7 frames of emulation delay; so the inclusion of a 2.4Ghz, and not Bluetooth, USB dongle will definitely keep the overall lag at a minimal level.

For 25$, American and European Genesis/Mega Drive owners can now use and abuse a low-lag wireless 6-button controller instead of the 3-button one(s) included with the system(s).

Pre-ordering is now available through Amazon, and the shipping date is set to October 18, 2019.

PS: The M30 2.4Ghz controller, just like its Bluetooth peer, is also fully compatible with the Switch.