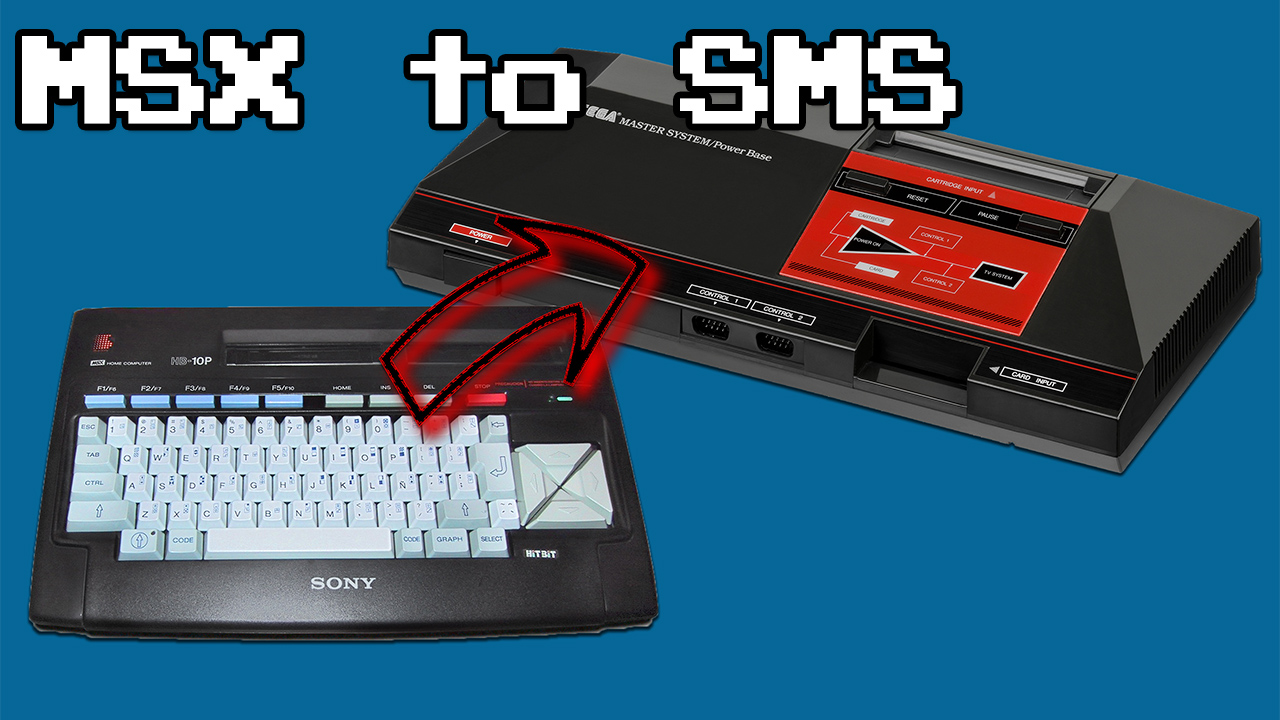 Members of the SMS Power forum have been working on converting games from the 1983 MSX Computer to the Sega Master System and support for these conversions seems to have increased lately.  Both the SMS console and MSX computer are run off a Z80 processor, allowing compatibility with the main code of most games.

While these conversions have been around for awhile, one developer named Taylor Stokes has been using the conversion methods that Taiwanese (Aaronix) and Korean (Clover, Hi-Com and Joy Soft) companies has previously used.  Stokes alsoreleased the set of tools used for anyone to want to try their own conversions:  https://www.smspower.org/forums/post109625#109625

Conversions like this are fun, as they allow games to be played on original hardware, in their original resolutions without any lag.  This might seem less exciting these days, with the MiSTer project gaining support for many classic computers, including the MSX/2/3, but many of us still appreciate the effort it takes to convert these games…or just how fun it is to seems games released on one platform, working on another!

Check out that same thread for patches to convert your own MSX roms to SMS!

(696)
$7.99
Expands into 4 USB Ports for Raspberry Pi Zero v1.3 (with camera connector) and W (with Bluetooth and Wifii), Orange Pi, ODROID, Banana Pi Compatible with Samsung Galaxy S2, Samsung Galaxy Note, Samsung Galaxy S3/S4, Galaxy Tab3 8.0, Sony Xperla NX-0... read more
(as of January 30, 2023 - More infoProduct prices and availability are accurate as of the date/time indicated and are subject to change. Any price and availability information displayed on [relevant Amazon Site(s), as applicable] at the time of purchase will apply to the purchase of this product.)
Liked it? Take a second to support Bob on Patreon!