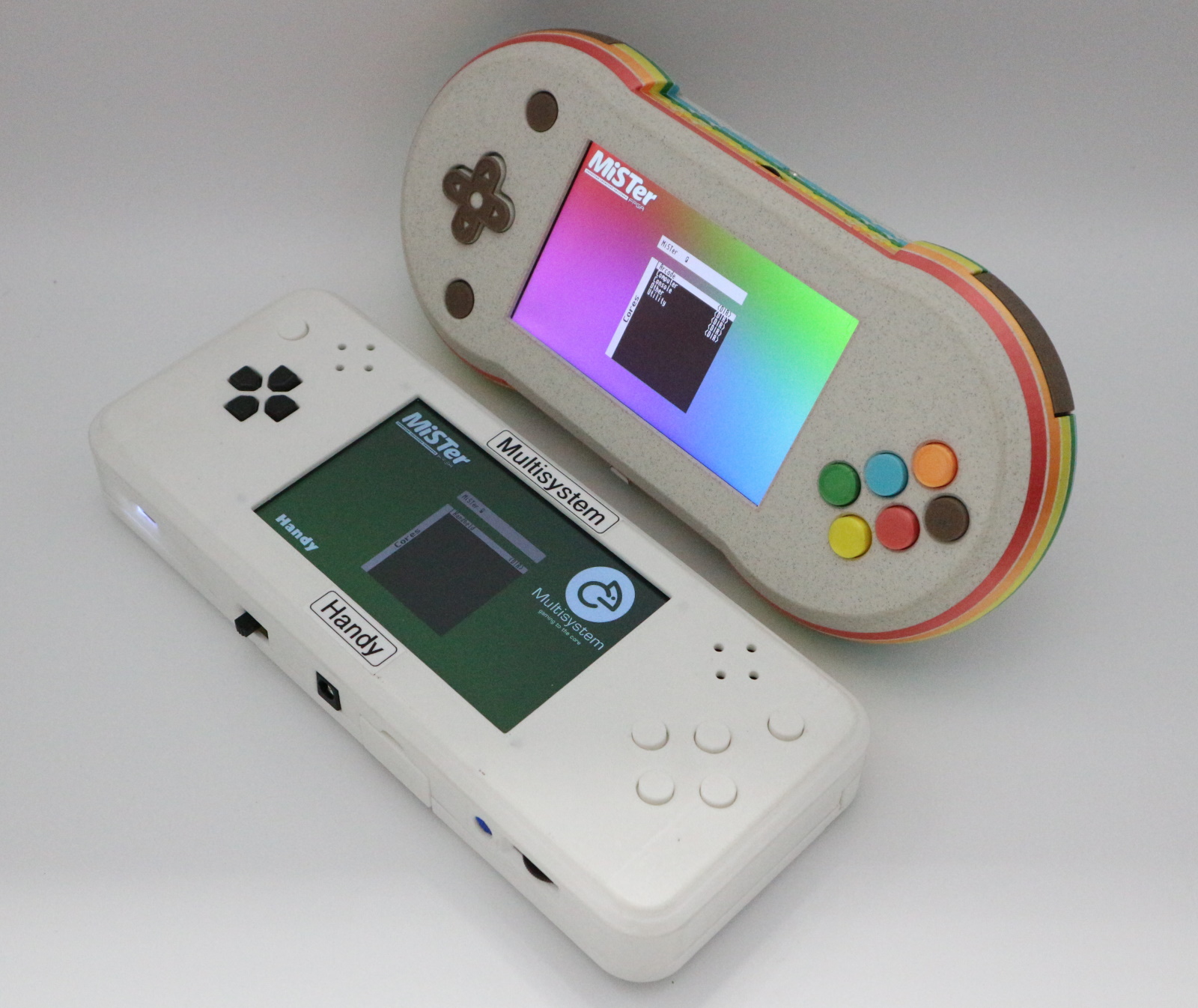 The official MiSTer MultiSystem Twitter account has revealed that Richard Horne, owner of their hardware manufacturing partner Heber, has been working on a handheld MiSTer system and already has mutliple iterations of working prototypes.

Richard informs me that the prototypes are currently built around a stripped down DE10 and so are 100% compatible with the existing MiSTer ecosystem of cores and scripts. Unfortunately further integration has been delayed due to the ongoing global parts shortage, but what they’ve achieved so far seems impressive, with interchangeable screen bezels for different aspect ratios and a claimed 7 hour battery life.

The working title is “Handy”, a reference to the original Atari Lynx prototype developed by Epyx.

MultiSystem are looking for feedback from the MiSTer community on the above thread, with suggestions including HDMI output, analog sticks and support for link cables using the SNAC interface already suggested. Personally I’d like to see them integrate a full sized SCART socket 😉