Sorge, the head of the MiSTer FPGA project, swapped out the old screen in his MiSTer-modded PiCade for a 2048×1536 screen, and promptly added native support for the somewhat strange resolution used by Apple’s Retina Display iPads. I previously reported on MiSTer video scaler improvements that added support for other >1080p resolutions like 1440p and 1200p.

This video scaler tweak had the side effect of making MiSTer’s video timing more efficient, and even the Neo Geo core now supports 1536p, where it previously maxed out at 1200p for me.

This new video mode is only going to be of interest to people who use a 1536p Retina display, and those who capture video in a 4K canvas, where the extra resolution yields slightly more depth. There is next to zero chance that any HDTV supports 1536p, and even if it did (which it wont…), you would almost certainly get the best 4K upscale by using 1080p (likely the best), 720p, or 1440p.

1536p is the maximum resolution that MiSTer can support at 60FPS, and, almost unbelievably, I am able to capture it via DVI on a Datapath Vision E1S.

MiSTer Settings
You must change several settings in your MiSTer.INI file. Use Notepad++ to edit it in Windows. Do not use Windows Notepad or Wordpad. See here for the other settings and components required to capture >1080p resolutions on a Datapath Vision E1/E1S.
———————–

My most recent MiSTer stream featured all of its gameplay footage in 1536p and it looks beautiful. However, you will only be able to see it properly by watching in 4K on a 4K device or monitor, because that is the canvas I work in. YouTube will downscale it incorrectly at 1080p or any other resolution.


(as of n/a – More infoProduct prices and availability are accurate as of the date/time indicated and are subject to change. Any price and availability information displayed on [relevant Amazon Site(s), as applicable] at the time of purchase will apply to the purchase of this product.) 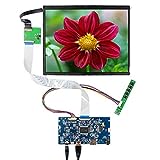 (as of February 28, 2021 – More infoProduct prices and availability are accurate as of the date/time indicated and are subject to change. Any price and availability information displayed on [relevant Amazon Site(s), as applicable] at the time of purchase will apply to the purchase of this product.)