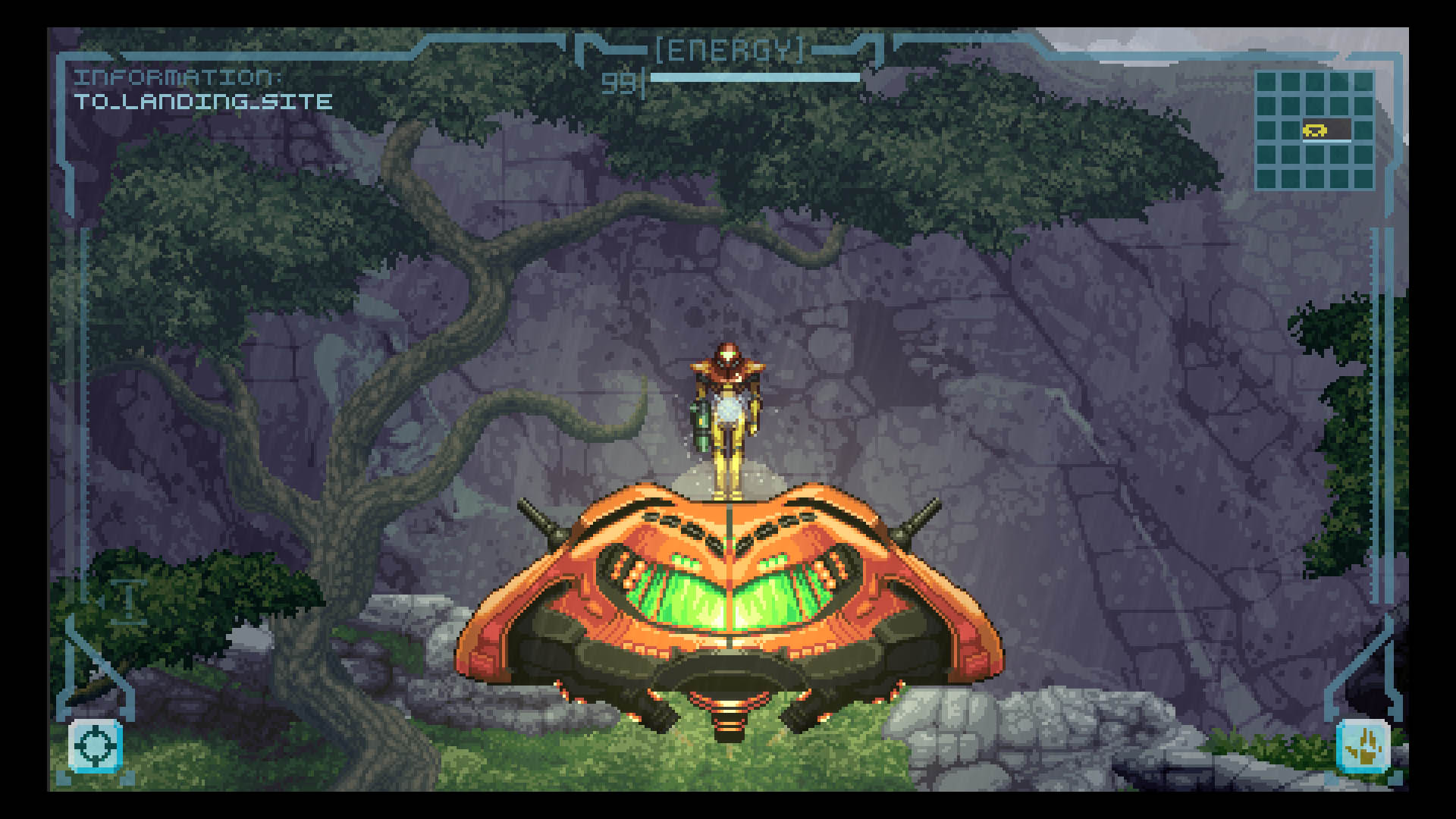 A team of people have been working on a 2D version of the GameCube game Metroid Prime.  A beta version is available that lets you get a few items, as well as get a sense of what the game is like.  It’s awesome!

I spent some time with it this morning and for the most part, think it’s absolutely amazing.  Here’s a pretty much spoiler-free description of what to expect:

The game was tested to run on Windows 10, 64-bit, which is how I ran it.  People have had mixed results running it on other OS’.  It can run fullscreen, or in a windowed resolution that’s about what you’d expect from “widescreen 240p” (the screenshot said 448×253).  This seemed to scale well on my laptop’s 1080p screen, as well as when I connected it to a 4K TV.  I didn’t have time to test on a CRT, but I imagine it would look amazing on an RGB monitor.

The game opens with a very cool cutscene, then drops you on the planet in the same way you’d expect from a 2D Metroid title:  You “park” your ship on the planet’s surface and can come back to it for saving and health replenishment.  You aim and shoot with the mouse and control Samus with the keyboard:  A is left, D is right and Space is jump.  This was insanely frustrating!!!  Now, I need to once again reiterate that this is a beta and I’m sure the team will eventually add more control options, but I often found myself letting go of the mouse to use two hands to jump and run.  I think aiming with a mouse was interesting, but so far, I think using a modern controller with a D-Pad to run and an analog stick to aim would be a far better option.

The game itself was awesome.  Graphics and sound were top-notch and it played like an official Metroid 2D title!  The demo is big enough to get some upgrades and there’s at least one boss, however due to the controls, I probably stopped about halfway through the demo.

Overall, I’m so excited to see where this project goes.  I think it has the potential to feel like a true Metroid game and something all 2D adventure game fans would love.  We’ll definitely be keeping an eye on this project and will keep everyone updated with it’s progression. 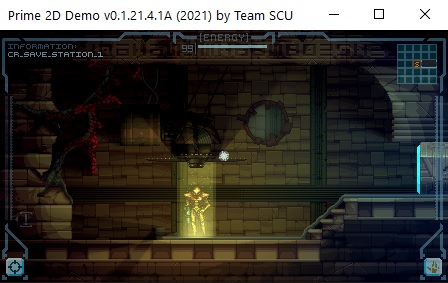