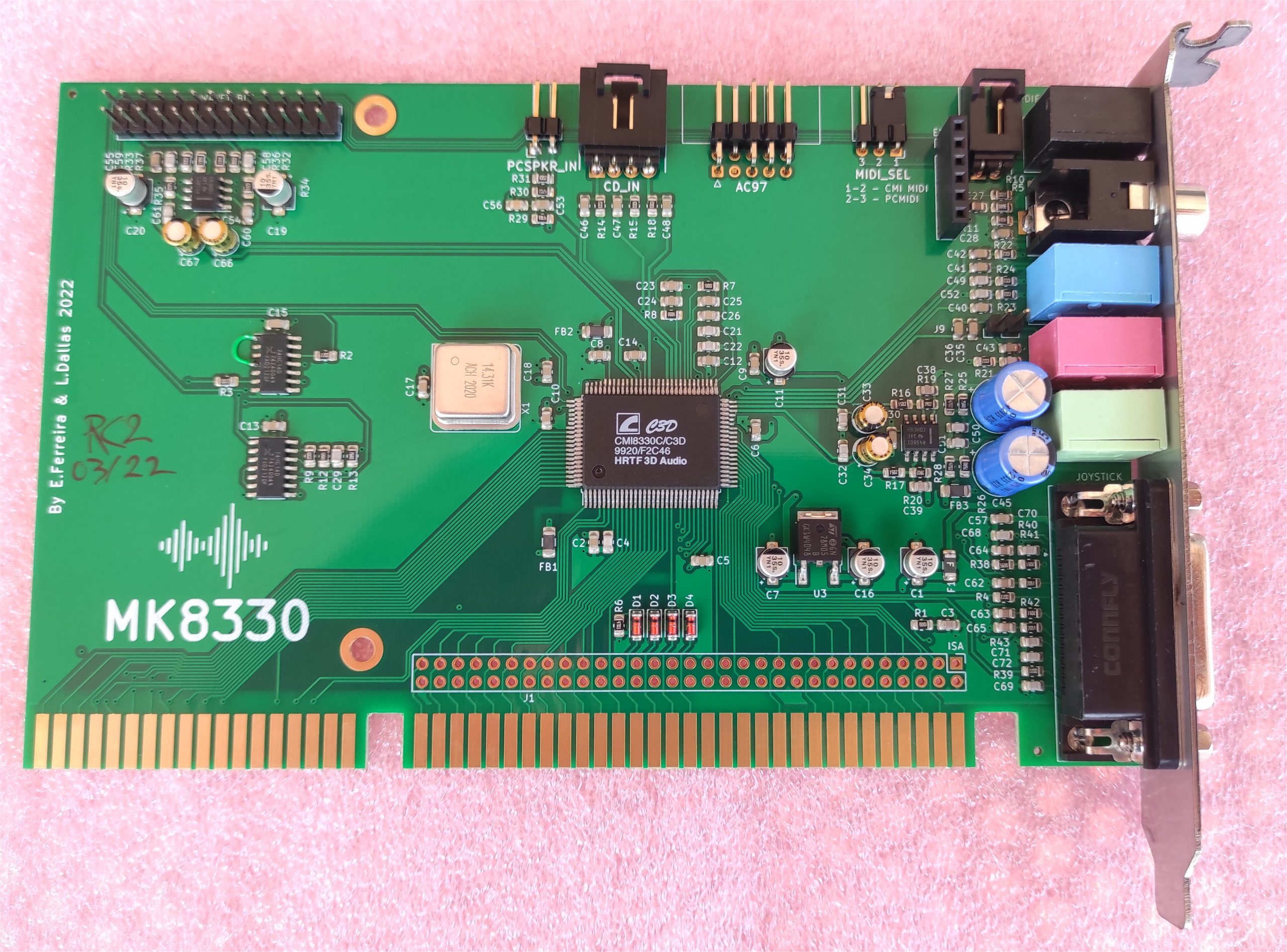 Retro PC hardware guru keropi – best known for the PC MIDI and Orpheus soundcards previously covered on RetroRGB, among many other awesome projects – has announced another upcoming ISA sound card.

Built around the CMI8330 sound chip, which was commonly used for onboard audio and SoundBlaster clones in the mid-late 90s, the MK8330 will offer a much lower-cost alternative to the well established and excellent Orpheus, with plans to retail at €85 shipped from the usual place at pcmidi.eu.

Despite its low cost, the card boasts an impressive list of features, including compatibility with AdLib and pretty much all models of SoundBlaster, Windows Sound System 2.0 and DirectSound 5.0 compatibility, a 1:1 hardware OPL3 clone, and the wide range of connectivity options we’ve come to expect from keropi including (but not limited to) MPU-401 compatible MIDI, SPDIF, and an expansion header to allow connection of a dedicated PC MIDI MPU upgrade card.

Another cool feature is the ability to switch between WSS and SB16 modes using a hardware switch for the best of both worlds when it comes to DOS and Windows 9x gaming, with drivers available at launch for both environments in addition to OS/2 Warp.

There are a lot more technical details over on the Vogons thread, including plenty of audio samples so you can judge the accuracy for yourself.

A release date hasn’t yet been announced, but the card is fully developed and ready for retail, so it shouldn’t be too far off at all.