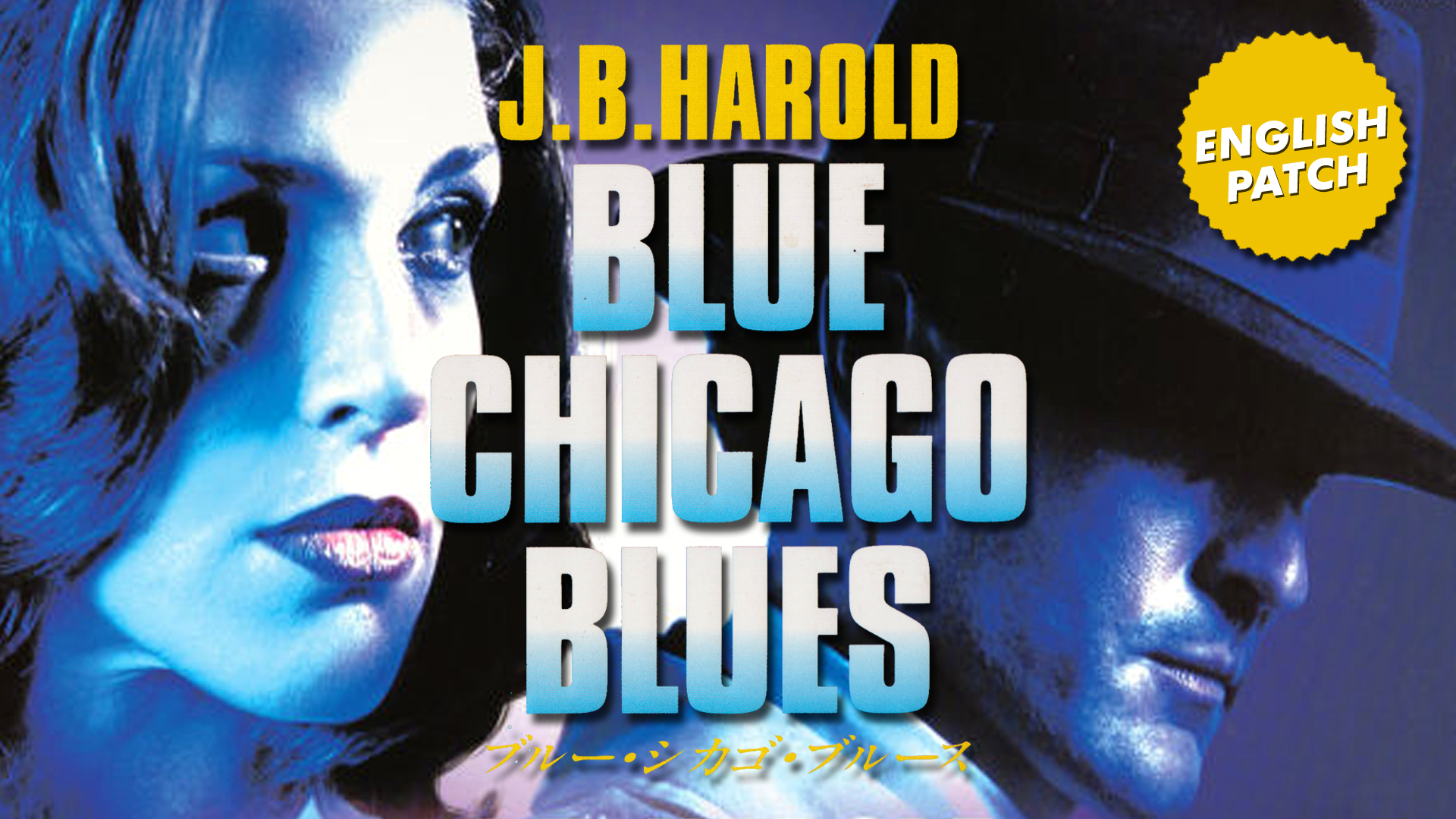 On Friday, November 25, 2022, SegaXtreme member Arjak released their first English v0.1 Demo Patch for the SEGA Saturn FMV game, J.B. Harold: Blue Chicago Blues. A project similar to DeathMask, this translation involves the re-insertion of the original English dialog ripped from the PC port of the game, in addition to translating text in menus and options. This v.01 Demo translates everything up through the end of the Prologue (approx. 10 ~ 15 minutes of gameplay) out of this 2-Disc Saturn game.

Unfortunately, the project has hit a bit of a snag, as the previous translator is no longer available, and it’s currently in need of a new individual to step up and help finish the translation. For anyone interested in lending a helping hand to aid this effort, please reach out to Arjak.

Being a somewhat obscure title from an equally obscure series, most folks may not be familiar with Blue Chicago Blues, so here is a brief rundown for you…

J. B. Harold Blue Chicago Blues was the fifth and final entry in the J.B. Harold series of hard-boiled detective murder mystery adventure FMV games developed and published by Riverhill Soft Inc. It was first released in Japan for the Pioneer LaserActive (SEGA Mega LD) in April of 1995, and was brought over to the United States in English later that year.

Following the previous Murder Club, this story features the fearless private detective, J.B. Harold, as he investigates the murder of an ‘unknown woman in a red dress’ in Chicago. The previous detective on the case has been murdered, and the killer has made it look like a suicide. J.B. Harold arrives in Chicago and must work together with the local police and to solve the mystery.

Another murder has occurred here in Chicago, where traces of the good old days still remain. The day after a girl in a red dress was found dead, a woman who is the presumed murderer was killed at the same spot: Catherine White, a Liberty Town Police Department detective. Learning of the death of Catherine, her co-worker and fiance, J.B. Harold, immediately flew to Chicago.

The complex human relationships around Angie Hart, the girl killed, were like a tangled web. The secrets and past lives of suspects hidden behind the case gradually rise to the surface as the investigation progresses… who killed Angie and Catherine?

Riverhill Soft went on to port the game over to multiple platforms, including the Windows PC, NEC PCFX, 3DO, Saturn & PlayStation. The Sega Saturn version was released in September 1995 and would remain a Japanese exclusive.

Blue Chicago Blues shares a lot of the same ‘D.N.A.’ as the later Nintendo DS release of Hotel Dusk: Room 215 , since the game’s designer, Takuya Miyagawa, went on to found development studio CING Inc., taking the planning/scenario lead, Rika Suzuki, with him.

Miyagawa would handle production, and Suzuki would handle the game design and scenario for the Hotel Dusk series.

There are very clear threads running through both the J.B Harold and Hotel Dusk series, as they are tied together by subject matter and overall design aesthetic. If you loved the Hotel Dusk games, there is definitely a lot to like about the J.B. Harold series and Blue Chicago Blues, specifically.