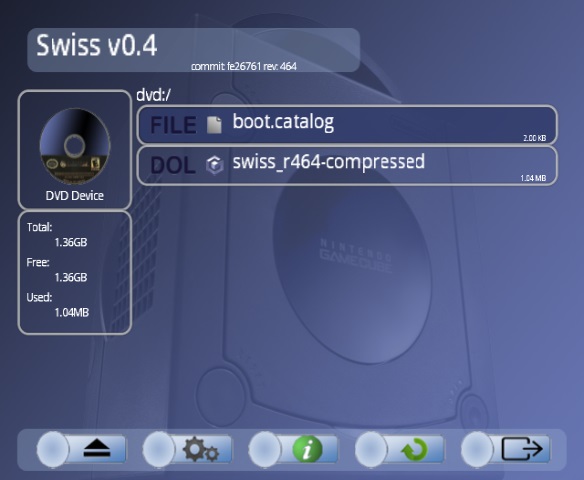 Emu_kidid and Extrems have just released an updated version of the Swiss software for GameCube.  Described as the all-in-one “Swiss Army Knife” of tools for the GC, Swiss has become an essential piece of software far all serious GC gamers.  The easiest way to access it’s features is with an Action Replay kit and a compatible (2GB or smaller) SD card:  https://github.com/emukidid/swiss-gc/releases/tag/0.4r464

Changes in this revision mostly include 1080i video mode support and preliminary in-game reset support.  Here’s the full list: