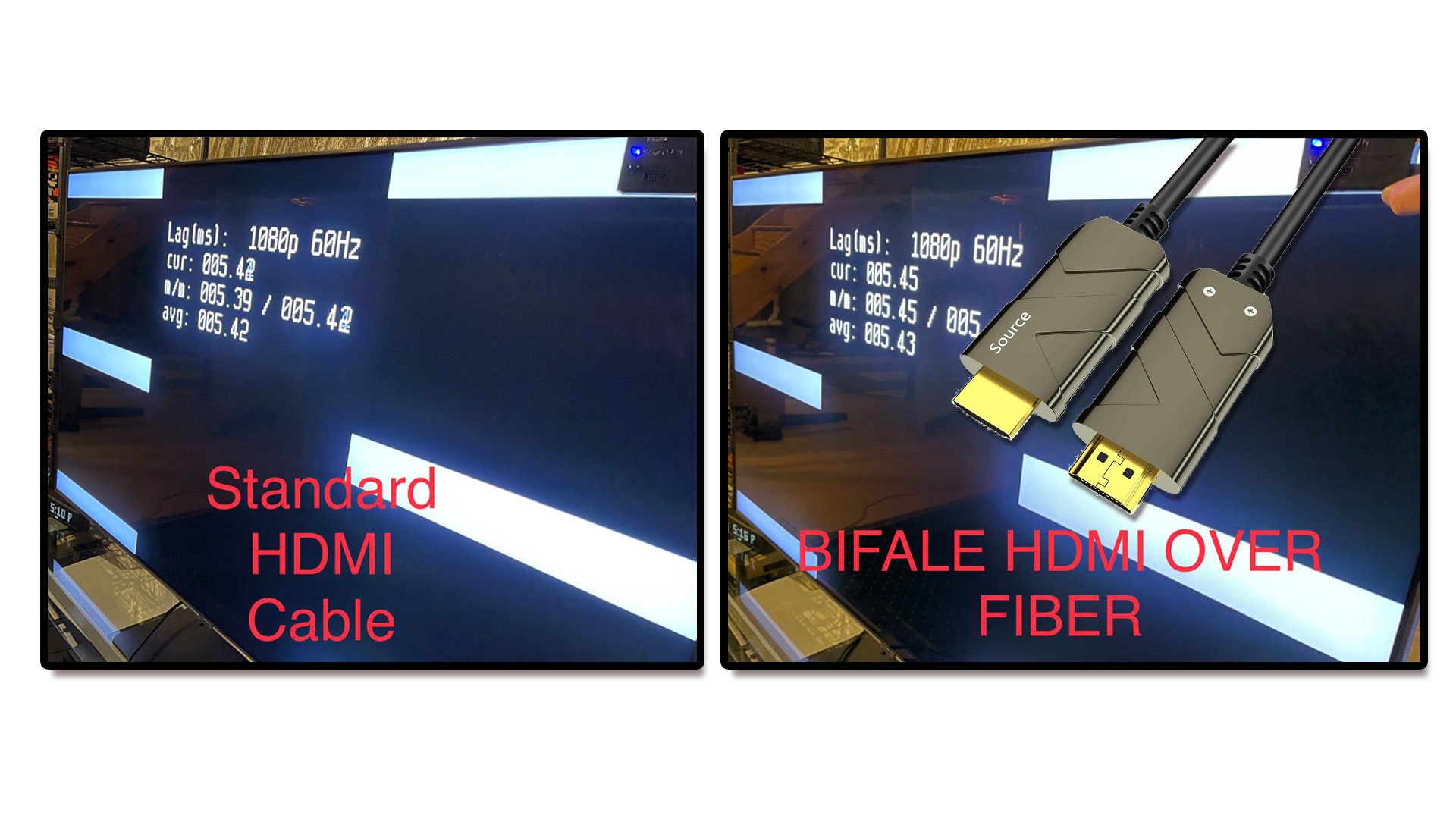 Many gamers – both modern and retro – need long runs of HDMI cable to complete their setups.  There’s many reasons to need a longer cable, ranging from distance of consoles to display (like with projectors), distance of console & display to capture PC (my setup) and even people running retro gaming tournaments who need to route all of the game video to the main capture / control board.

If you need a single, long HDMI run, there might be a costly, but easy solution that was recently lag tested with a Time Sleuth and confirmed good for gaming in all 1080p60 modes and up to 4K 120 at 10-bit color:

There’s a few things to note about this cable.  First, many of these ‘HDMI over fiber’ cables will be zero lag.  In fact, I was shocked to hear that any of them added lag, but apparently people have tested certain models with a time sleuth and found it did add significant enough lag to affect gamers.  This was also confirmed with a model tested on Lon.tv, linked below.

The next thing to note about this cable is the price:  At $185, it’s specifically for people who need one no-fuss cable; The live event and projector examples mentioned above might fall into those categories.  There are cheaper ways to accomplish long runs and for many people, simply using two HDMI cables and placing an HDMI “repeater” in the middle would be a far cheaper option, but the same caveats apply:  Most repeaters should be zero lag, but some…especially any that add extra features, can add lag.

Now, one might argue this post might be more helpful if structured the opposite way:  Maybe it should be warning people fiber HDMI cables that do add lag, then assume all the rest don’t.  Well, even if we did have the time and budget to test a large group, I like to err on the side of caution and give advice like: “Assume it has lag, until tested and verified”.

If you have a Time Sleuth and any HDMI device, definitely test yourself, just for peace of mind:  Start by connecting the time sleuth directly to your display with a standard HDMI cable and note the lag.  Then, test again with all your equipment and cables in between and the time sleuth in the same place.  As far as gamers go, any lag added under one millisecond can be considered “zero”.

Results are in for the $180 100’ BIFALE HDMI over Fiber cable. It does NOT add lag! Was able to achieve 10-bit RGB at 4K 120hz with it being very stable without any dropouts! You can pick this one up on Amazon. Time to test the cheaper $80 one. pic.twitter.com/KHUnUXaXhv 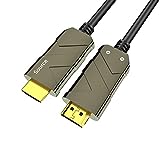 (as of January 26, 2023 – More infoProduct prices and availability are accurate as of the date/time indicated and are subject to change. Any price and availability information displayed on [relevant Amazon Site(s), as applicable] at the time of purchase will apply to the purchase of this product.)