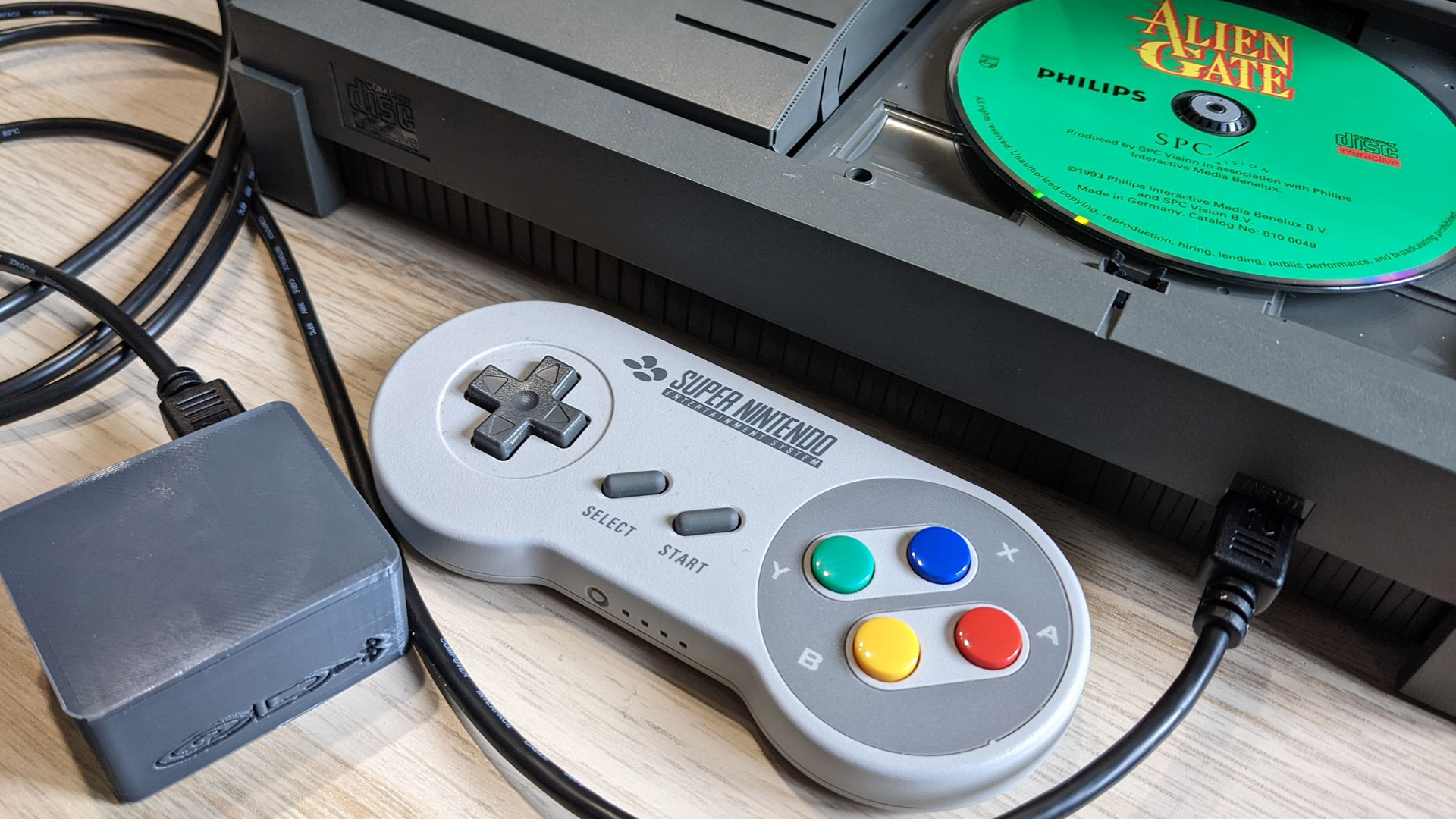 A controller adapter was just released, called the CDi Bluetooth.  As expected per the name, this allows modern bluetooth controllers to connect to CDi consoles.  This was accomplished by combining bluepad32 with TwBurn’s controller library and some custom code.  At the moment, only controllers are supported, but if there’s interest, the team will consider adding keyboard and mouse support via an easy Arduino software update.  The price for a complete unit with case came to about $82 including shipping to the NYC area, but there’s also plenty of other options if you’re interested in different or DIY versions:

For me personally, Mouse support is a must.  While yes, the adapter allows the use of analog sticks to simulate mouse movement, it’s just not a true CDi experience.  BUT, TwBurn’s adapters already have support for a USB mouse, so I decided it was worth the gamble and bought this one anyway.  Hopefully, by the time it arrives, I’ll be able to connect my SN30 Pro controller, as well as a bluetooth keyboard and mouse to my CDi.  So I can play Thunder In Paradise with every input device imaginable ;p

I think another point that needs to be discussed is lag.  While normally, using a bluetooth controller can add frames of latency to the input, there’s two things on our side with this adapter:  First, there’s been some pretty amazing “made for gaming” bluetooth adapters released in the past year that can provide an extremely fast solution.  If bluepad32’s been keeping up, there’s potential to have a total solution that’s less than half a frame of total latency!  That might not matter at all though, as the CDi’s input is probably the single laggiest ever tested on any console.  While none of this might affect moving your mouse across the screen to shoot, the CDi is never going to be embraced by pro Tetris players…so this is one of the rare cases that some added lag might not matter at all.  Either way, I felt it was worth testing out and will do another stream when it arrives!