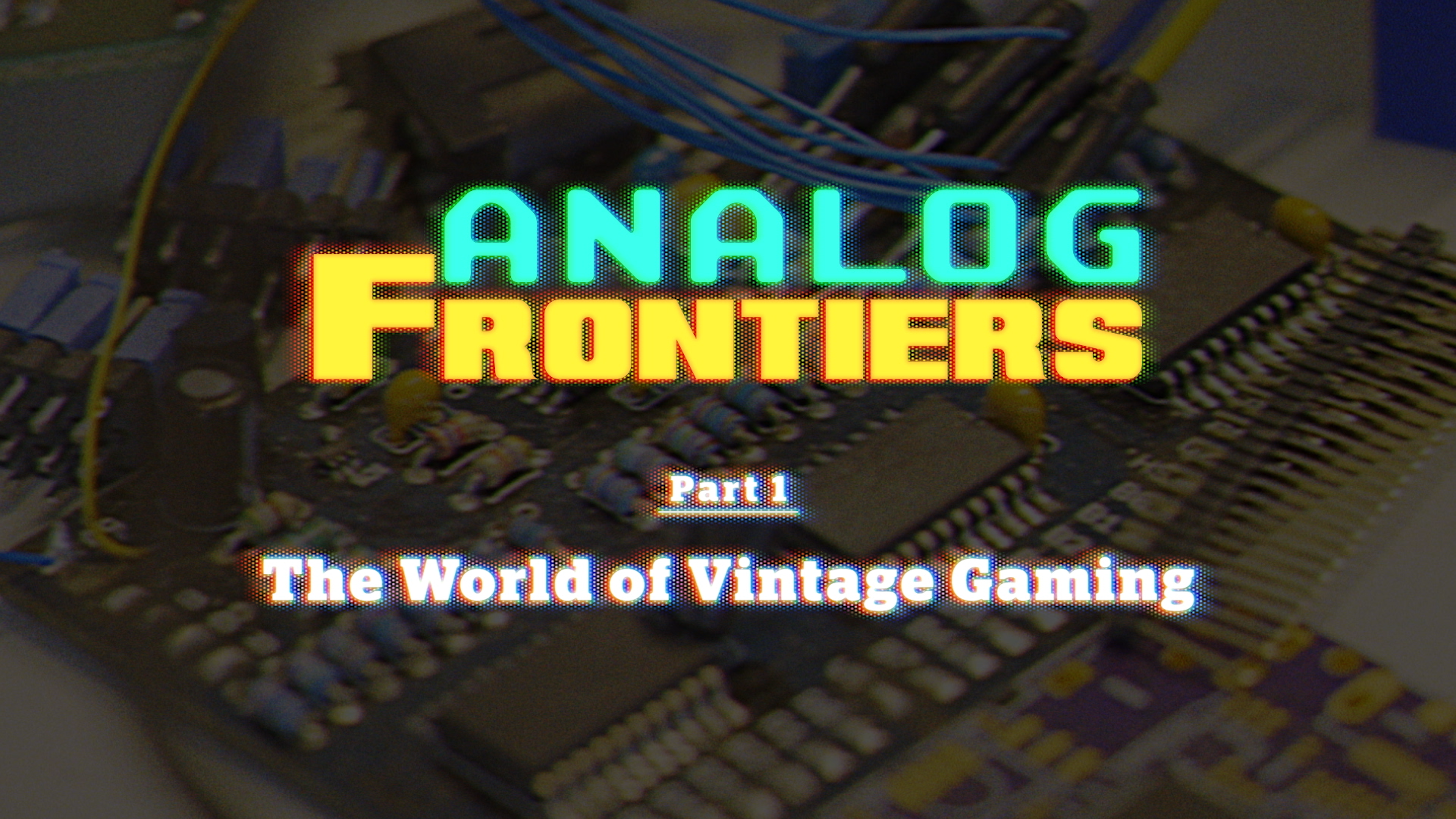 Hey all, it’s Try from My Life in Gaming. I’m so relieved that we’re finally able to share with you a project that has been in the works for nearly two years! For so long we simply called this “the modder doc” and then when we realized it was too big of a subject, it became “the doc series.” The final title of Analog Frontiers is something we finally came up with only about a month ago. Even though old games and systems are seen as outdated by most, there is still plenty of change and discovery happening in the world of vintage gaming.

Analog Frontiers is a 5-part documentary series that’s all about the people and technology that keep classic gaming alive. We just released Part 1, titled “The World of Vintage Gaming.” The idea with this episode was for it to be the ultimate video primer for the classic gaming scene – why people play old games, and what kinds of technology they use to do so. But it’s also something that people who are already deeply entrenched into vintage gaming will enjoy because it tells the stories of some of the scene’s biggest contributors – including RetroRGB founder Bob Neal. Also featured in this episode are Brian “bunnyboy” Parker of retroUSB, Jason Rauch of Game-Tech.us, Jeremy Parish of Retronauts, Rachel Seleski of Retro Access, Matt Lisi of Insurrection Industries (alongside his retro-loving family), modder and CRT technician extraordinaire Jose Cruz, and Frank Cifaldi of the Video Game History Foundation.

And that’s not nearly all of the interviews that we’ve conducted for the series! You’ll get to see those interviews (alongside those already featured in Part 1) as we get into more focused topics in future episodes – such as maintaining and enhancing original hardware, moving beyond original hardware, preservation, and more! The other episodes are mostly written, but will be edited and released over the next several months. In the meantime, we hope that this first part will even further rekindle your love for classic gaming and the people who have contributed so much to this hobby!