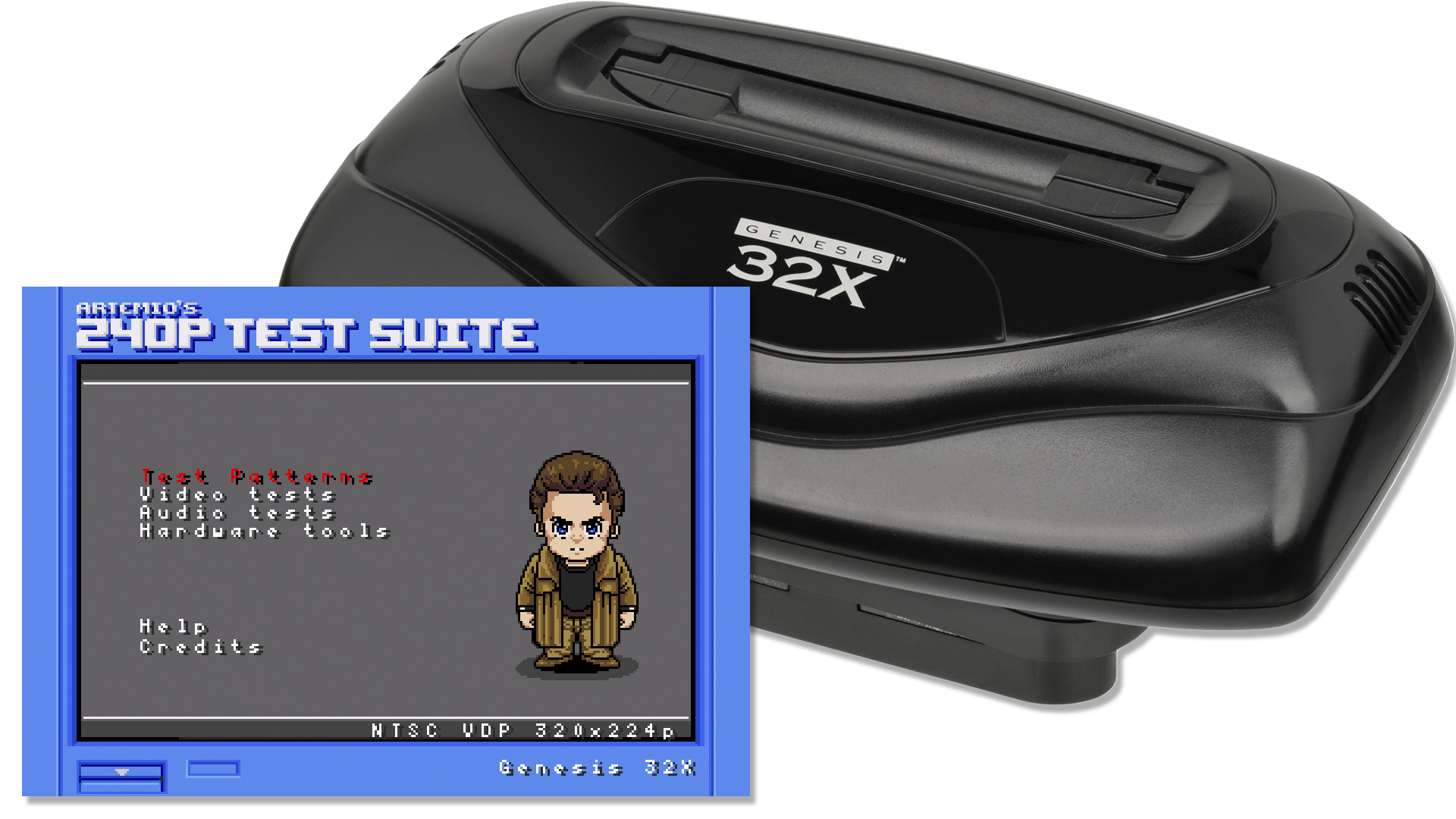 Dustin Dembrosky aka “Dasutin” has just released a fully ported version of the 240p Test Suite to the Sega 32x platform!  Everything is generated on the 32x layer, allowing for a completely independent set of tests from the Genesis / Mega Drive version.  This is absolutely awesome news for anyone testing 32x hardware or homebrew!!

I often talk about how I use the 240p Test Suite more than all other “games” combined – And it’s true!  So much of the testing and research myself and many others in the dev scene do rely on it, so it’s a really big deal when there’s a full port to a new platform.  Thanks so much to Dustin, as well as Vic, Chilly, Artemio and everyone else who helped make this happen!

Thrilled to announce the release of the Sega 32X port of the 240p Test Suite! This includes enhanced patterns and tests all being drawn exclusively by the 32X layer. Special thanks to Artemio and everyone who helped test! Link to download: https://t.co/Ix6KD0q6SA #Sega #32X pic.twitter.com/i04ayZ7A4l