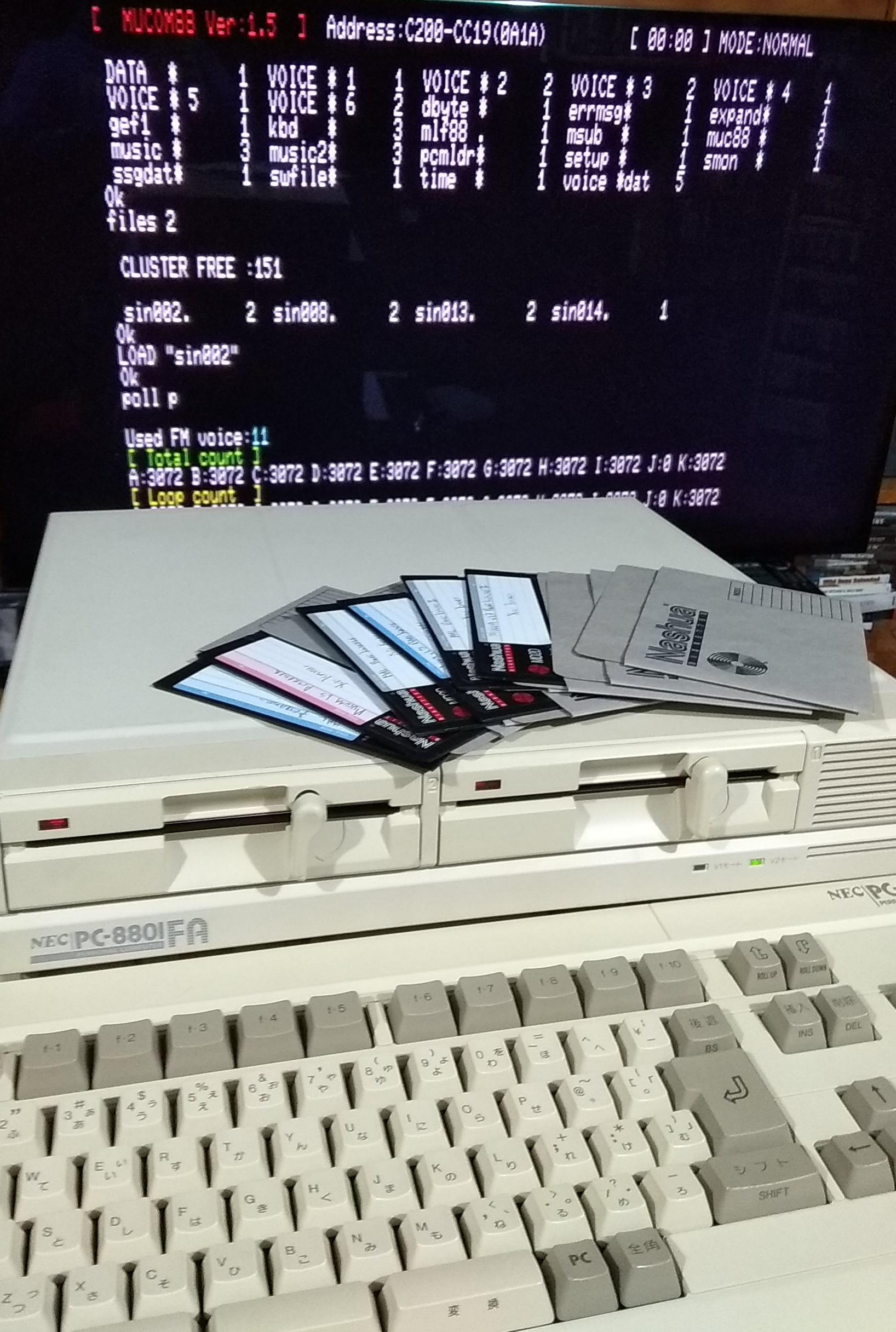 Onimata.tv has released MUCOM88 on Github, a suite of tools created by legendary video-game music composer Yuzo Koshiro for creating music on the NEC PC-88 series. They have included the original software for NEC PC-8801, and a new Windows build with samples of Koshiro’s work included.

Mucom88 has been released for free. This is a powerful music creating tool that I created to compose music with NEC PC-88 series at the time. As windows version is now also available, we can easily play and see how it works with excerpted samples. https://t.co/FIGqL69KFs

The article’s photo is from Artemio.