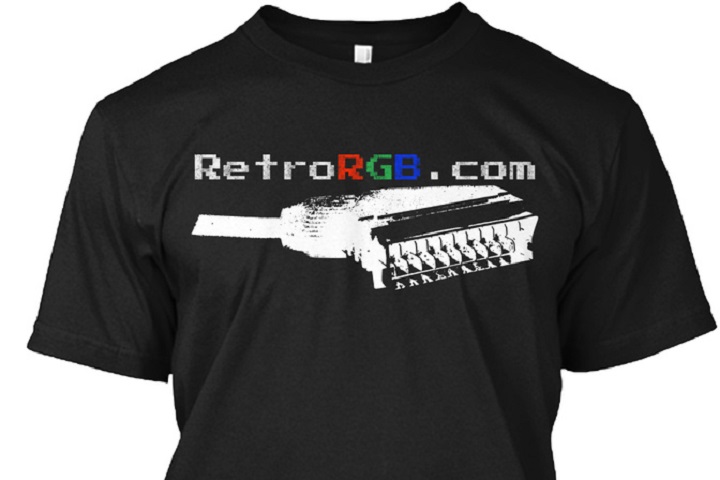 I can’t believe I’m forced to write something like this, but we’re living in a age where misinformation spreads like herpes:  There’s nothing wrong with using SCART.  In fact, if the standard was a bit more streamlined and cables manufacturers always made them perfectly to spec, the world would be recognizing SCART as the greatest analog cable ever made;  It can handle all analog signals and is only one thing to plug in, not many.

So, why do people think “SHART sucks”?  Two reasons:

1)  It’s confusing for beginners.  This part stinks, I know:  Why are some SCART devices directional?  Why are some RGB and other composite video?  What’s sync?  Why do I have to worry about voltage?  WHY ARE THEY ALWAYS OUT OF STOCK!?!?!?
If manufacturers of all SCART equipment (not just cable makers) built everything to spec and clearly labeled each product, this would be much less of an issue.  The other downside is hobbyists often adapt other signals to work through a SCART cable, when the signal itself is nowhere near the SCART standard.  You can guess what happens when you plug those into a standard SCART connector.

2)  People who make quality SCART devices often get the blame.  Imagine you just put a thousand hours into designing a new scaler or switch and you get an email that says:  “I just connected my cable to your device and it doesn’t work!  You suck at making products!!  I’m telling everyone on the internet you’re a thief unless you send me a free one, refund my money and send me cookies!!”
Now, imagine you’re that seller and you later find out the device that doesn’t work is a poorly made hackjob that probably won’t work on any SCART device!?  And that’s the third email this week you’ve gotten like that.  You’d call it SHART too if you were them.

The fact is, blaming SCART cables for your own ignorance is exactly like saying “I thought HDMI was supposed to be good!  I just bought a knockoff SNES HDMI cable and it sucks!  Screw HDMI, I’m using DisplayPort!”  Same with component video too – The HD Retrovision cables are some of the best analog video cables ever manufactured…but there’s already some clones popping up on eBay and Aliexpress.  So, five years from now, are we going to end up with a bunch of those and say component video sucks?

Please don’t be ignorant…and most importantly, don’t spread misinformation.  I’m talking to the Twitter attention-seekers, developers and knowledgeable people in the community who’s opinions people rely on:  Take the time to tell people’s you’re just kidding or venting.  If you don’t like something, skip the 240-characters-of-hate and make a video, or a well thought out post.  Educate people, don’t confuse them.  The retro gaming community is still small and we’re all in this together.

…and I’m still going to keep fighting the uphill battle of keeping people informed of the right info.  If you want links to reputable, trusted cables – SCART, Component, S-Video and HDMI – check out the links here:  https://www.retrorgb.com/systems.html