Have you ever wanted to preserve analog video from something like a VHS tape?  Maybe you want to make a copy of a tape for a friend.  Better yet, how about digitizing the footage from a VHS tape or some other analog video device.  What kind of issues will arise?  Depending on your equipment, you may end up with lost frames, added noise, discoloration or even a scrambled image from copyright protection.  A good time base corrector can help solve these problems.

The TBC-1000 is a single channel full frame 4:2:2 time base corrector for analog video made by Data Video.  The device allows for making copies of analog video without noticeable signal loss or noise.  It’s a digital full frame synchronizer that replaces all sync signals from the source. The result is clean transfers and clear copies. With a built-in four output distribution amplifier for audio and video, you can quickly make multiple copies with professional results.  Here is a list of the features: 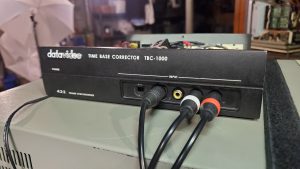 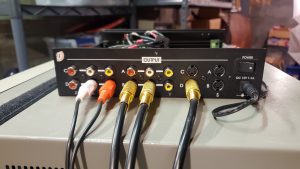 The TBC-1000 is simple to use and easy to set up.  It is quite desirable selling for thousands of dollars on eBay.    People are using it for VHS transfers, but there are other uses.  Unfortunately, it has been long out of production and finding a working unit is difficult.  If you do find a non-functional unit for a fair price, the repair is likely easier than you think.   I have repaired six of these in my shop over the last four years.  The problems are consistently the same.  The TBC-1000 either partially functions or doesn’t work at all.  All six of the units I repaired had major capacitor failure on the internal circuit boards.

The problem is the capacitors used in the original builds of these devices were not very good.  The most common capacitors to fail are the 16v1000uf capacitors at each video output. 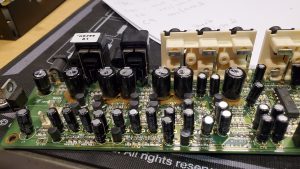 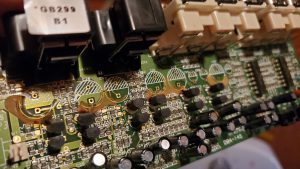 The power board is prone to capacitor failure, and it has three capacitors that should be checked or replaced. 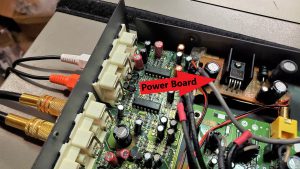 The video processing board can have some of the larger capacitors fail regularly. 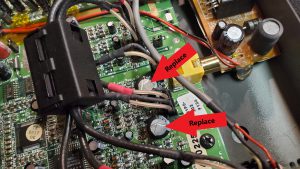 To fix the TBC-1000, you need to replace all the failed capacitors.  99% of the time, this repair will fix your device. 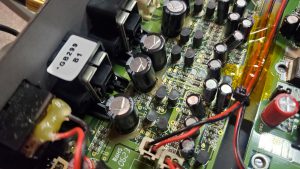 The TBC-1000 is a great device and hopefully this guide will help you maintain your valuable hardware.

Reference Links to the TBC-1000 documentation:

Liked it? Take a second to support Steve from Retro Tech on Patreon!