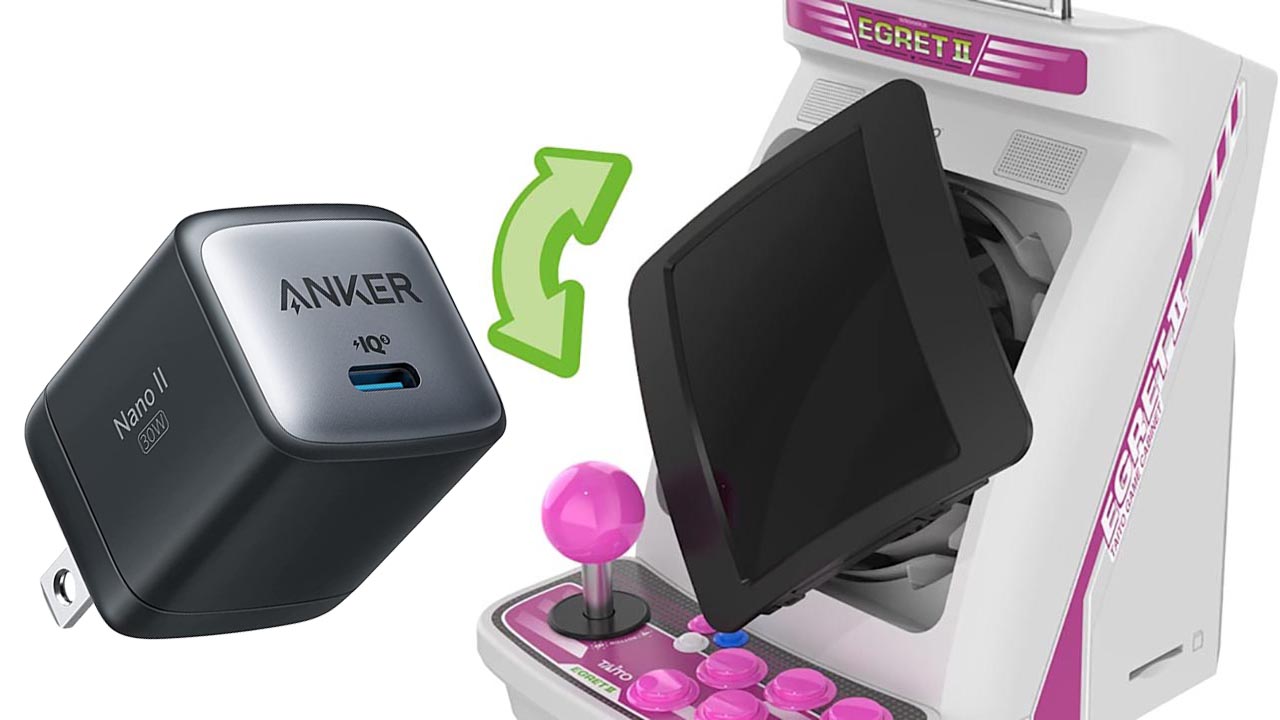 The Taito Egret II Mini emulation console was recently released, but people have discovered it requires a much more powerful PSU than expected.  Using a phone charger, or something with low amperage will result in lag (yes, seriously!), as well as some other unwanted side-effects.  To make matters worse, high-amp USB-C chargers are expensive and a bit hard to track down.  I linked to a few solutions below with the help of FirebrandX and while none are cheap, the top one might just be the easiest for everyone.  Details below…

The issue people are having is most likely lack of supported amperage.  See, while volts always need to fall within an exact number, a power supply needs to provide a minimum-or-above amperage for the device.  But, at least in the context of consumer electronics, there’s no such thing as “too many amps”.  Think of it like this:  If I have the ability to lift 100 pounds, I’m not able to lift something that weighs 300 pounds.  However, if I have the ability to lift 500 pounds, I can safely lift anything below that; Having more strength doesn’t mean I’m “too strong” to lift something that doesn’t weigh much.

We determined a few power supplies that should provide enough power, but they’re all a bit expensive.  The first is around $40, comes with a cable and is listed as 65w/5a, which should be more than enough to power the Egret II Mini.  It’s a bit of an off-brand though, but there’s enough of a buffer that it should be okay.  I HAVE NOT TESTED THIS PERSONALLY, but it’s an Amazon link, so you can return it if it doesn’t perform as expected.

The next option is a high quality brand’s 30w, 3A charger…and while the specs are lower than the first option, using a name brand like that is more of a guarantee you’ll get performance that matches the specs.  It doesn’t come with a cable though, making this a much more expensive option overall.

Lastly is a more DIY option that FirebrandX was able to determine is a good fit:  A barrel to USB-C adapter and a Triad-branded power supply.  We in the retro gaming world love the Triad’s, because as of the day I’m writing this, they’ve been the best we’ve ever tested, every time we test them.  Using a pigtail allows for a margin of error though – What if some day you plug in the wrong voltage PSU by accident?  If you choose this solution, maybe glue or tape the pigtail to the Triad’s barrel, just to make sure that doesn’t happen?

…and you can always try a USB-C tablet or laptop charger you might have lying around.  As explained above, there’s no harm in using a PSU that’s “too high amp’d”, however if it’s not powerful enough, you’ll end up with the same issues as the bundled PSU.

here's a clip of the Egret II Mini that demonstrates and verifies the connection between power supply and lag using one of the more contentious games, RayForce🇯🇵 in short, make sure you use a 2.4A/12W connection at a minimum (ideally higher) or you will suffer excessive lag https://t.co/YvIoKAXKIf