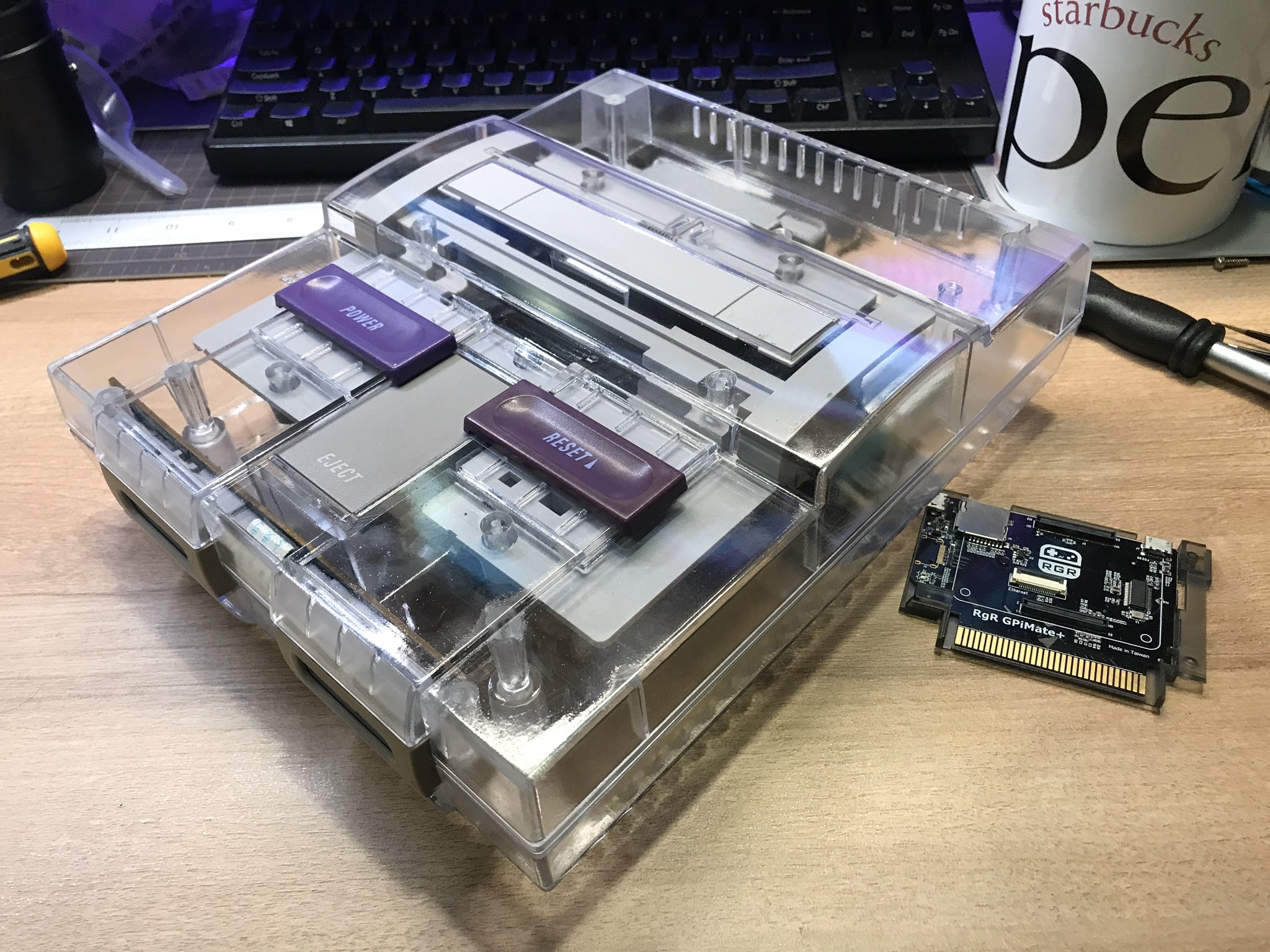 Retro Game Restore has opened pre-orders on the clear SNES shells he teased last week, but at the moment, only the later model motherboards are confirmed to be supported (check the list below to confirm).  The price is $98 plus shipping, which came to about $118 total for me.  This is an introductory price available until Sunday, then it will be about $10 more, the permanent price.

The following board revisions confirmed to fit, but they do not include the original SHVC models with the separate audio board;  That doesn’t necessarily mean they won’t be supported, but it’s not looking likely: