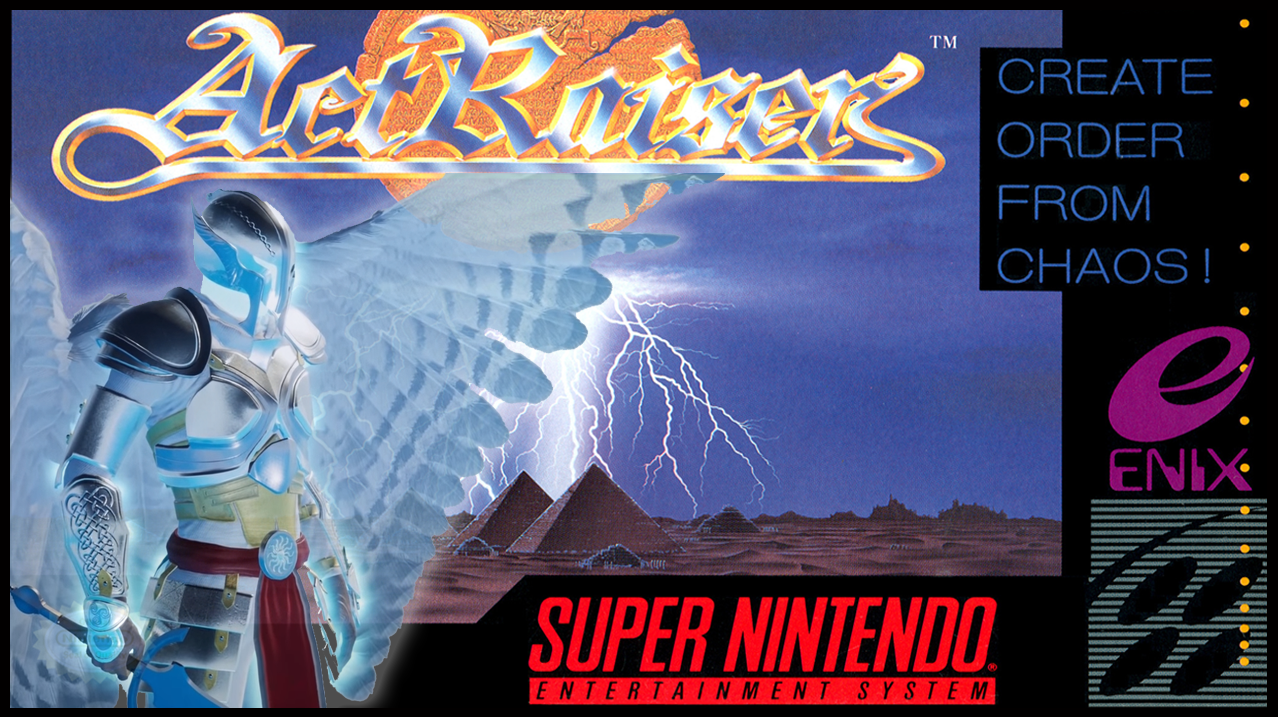 Full disclosure: I am a HUGE fan of the original Actraiser for the SNES and have always wished for it to receive a true successor.  From the amazing soundtrack by Yuzo Koshiro to the mixed genre gameplay, there has never been anything that really resembled or played like the original Actraiser.  The game is a cult classic that did receive one official sequel in the apt-named Actraiser 2, but that game left out the world building aspect of the original game. That change removed a large portion of what made the original so unique resulting in a run-of-the-mill action game that made no one happy.

I want to relive the experience of the original game so much that I’ve even mentioned it to various indie developers in hopes that one would take up the task of creating a spiritual sequel. With all of the current developments on the Sega Genesis / Mega Drive, I believe that a well-done, new Actraiser-like game would garner a lot of attention and acclaim, but I digress…

It would seem that Sega themselves heard my pleas, since they recently announced SolSeraph, a game that looks like it shares a lot in common with Actraiser at first glance. Even the description from Sega themselves sounds exactly like Actraiser:

SolSeraph puts you in the wing-tipped shoes of an almighty divinity who is tasked with rebuilding civilization while protecting the populace from the constant threat of mythical demons and monsters!

Sega’s trailer also goes out of its way to showcase the similarities between the two series.

Just some things that I noticed in this trailer: 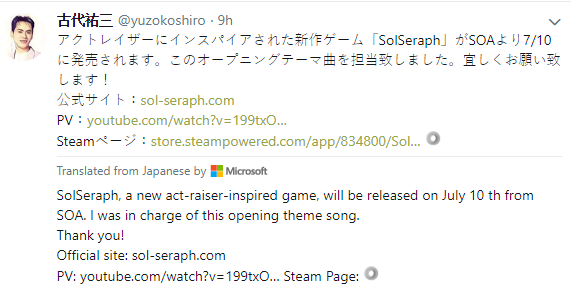 As you can see here, Yuzo himself confirmed it on twitter.  (Awesome guy btw, if you are not following him, I highly raycommend that you do!)

SolSeraph descends onto the PlayStation 4, Xbox One, Nintendo Switch, and Steam for PC on July 10 for $14.99.

Unfortunately, it pains me to say that this game is digital download only. If the game turns out to be good, I definitely hope that changes and it ends up receiving a proper retail release.