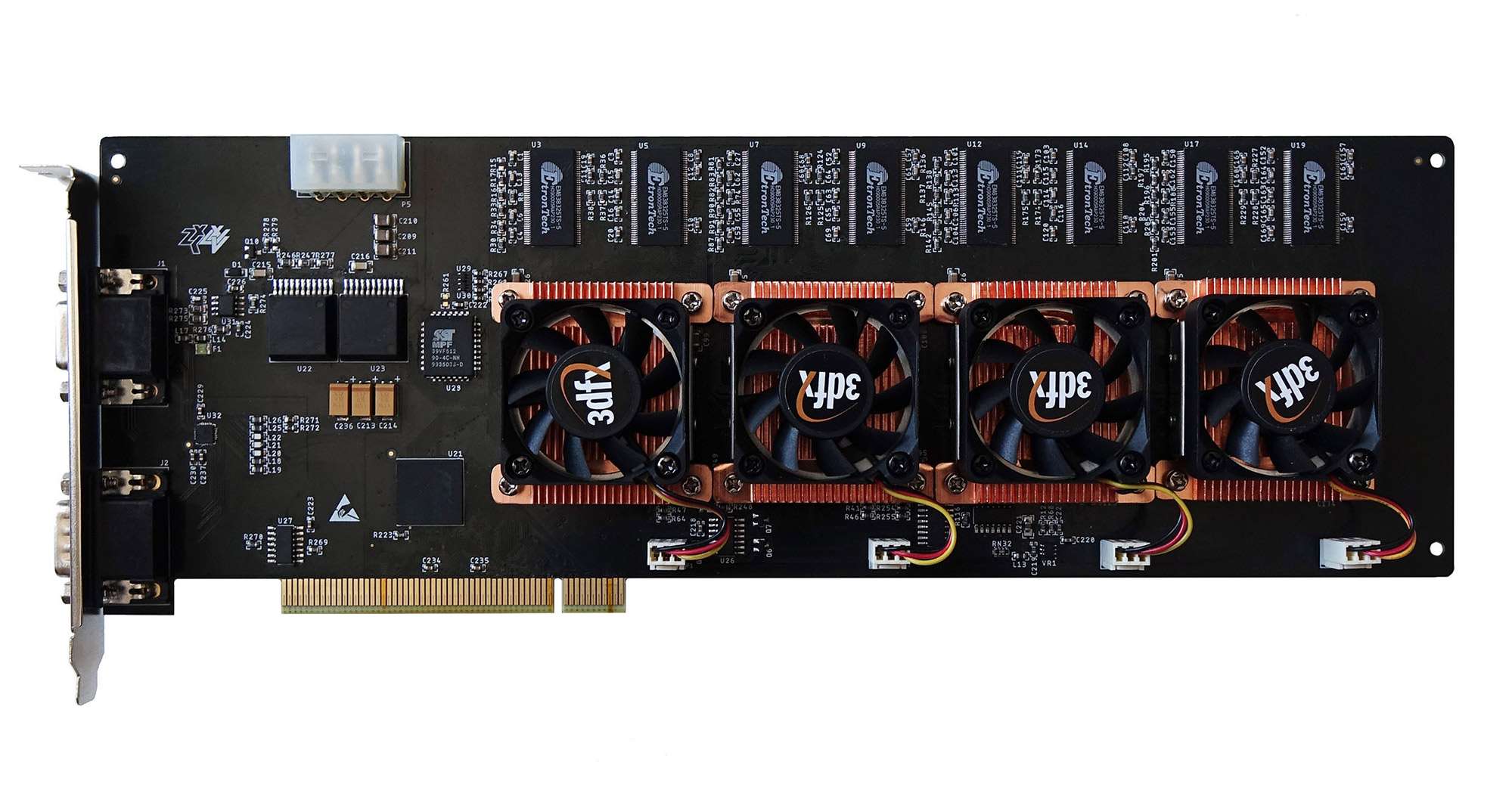 A user by the handle zx-c64 on MODLABS.net (anthony on the vogons) has recently announced an update to their currently “untitled project” which aims to produce a new 3DFX compatible 3D graphic accelerator (video card).  3DFX Interactive was the company behind the immensely popular Voodoo line of video cards in the mid to late 90’s with its industry leading graphical API (Application Programming Interface) known as Glide.

Glide during its time was supported by almost every major PC game developer and publisher.  Essentially becoming the de facto 3D standard, as well as being a major factor in pushing the PC hardware and gaming of that era forward.  This ultimately lead to a tech arms race between other 3D card manufactures like ATI and Nvidia.  Both of whom had to play catch up and improve their products to compete.

3DFX even attempted to court console manufactures like the SEGA Dreamcast and Microsoft XBOX via the acquisition of GigaPixel.  However after years of bad company management, this ultimately lead to the companies assets being purchased by rival Nvidia in late 2000.  This left a gap in PC gaming history were one of the best ways to enjoy these titles.  Meant using old 3DFX video card hardware to utilize Glide, and while there are now ways to emulate this in programs like GliDOS.  It leaves fans of using real hardware in a difficult spot, and that is where zx-c64 steps in.

Their “untitled project” is a reverse engineered 3DFX Voodoo 5 6000 which was sadly never released due to its abrupt end and purchase from Nvidia.  The Voodoo 5 6000 had working prototypes and was supposed to be the high end of the Voodoo 5 series lineup with a possible MSRP of $600.  A hefty price tag for the time.

Testing showed that the card competed and in some cases exceeded its competition from the likes of Nvidia’s GeForce 2 and possibly 3.  However issues did plague the card while in development which continued to delay its launch.  3DFX Interactive on the other hand could not afford delays and they simply ran out of time.  As such this card never saw commercial release.  That is until now, thanks to zx-c64’s reverse engineering.

zx-c64 “untitled project” intends to produce the infamous Voodoo 5 6000 as a clone card.  Using the same 4 VSA-100 GPU’s as well as the same amount of on board SBRAM with128MBs.  All of which running at the same frequencies and core clocks as originally designed.  The VSA-100 GPU’s are still in available to purchase separately so no hardware cannibalism is needed just yet.

These cards are only being produced as a PCI version for the first initial production batch and they will not be cheap.  $1500 USD was quoted by anthony as the price in a post on the vogons forums.  zx-c64 has worked on other clone projects and has offered other unique hybrid video cards like the Lost Joker 2 (A Voodoo 3 combined with a PowerVR) or MVG2020 an S3 ViRGE compatible graphics card.  More information can be found out about their work and the current status of the “untitled project” in the links below. 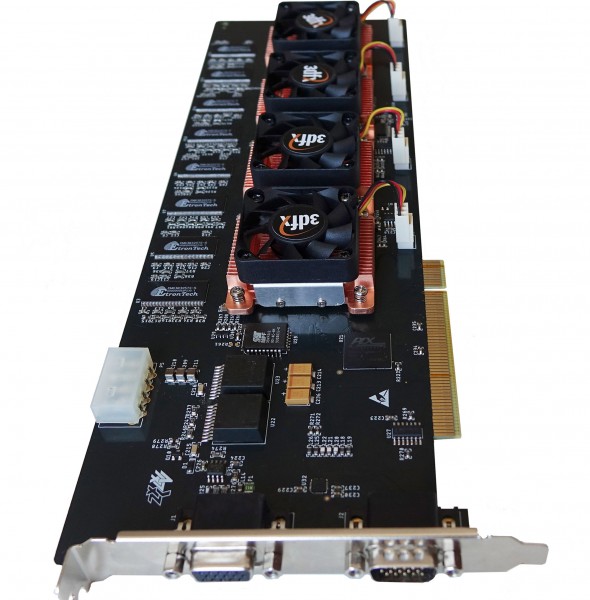 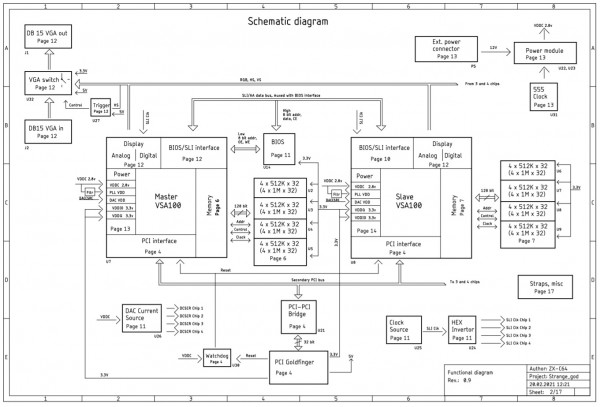 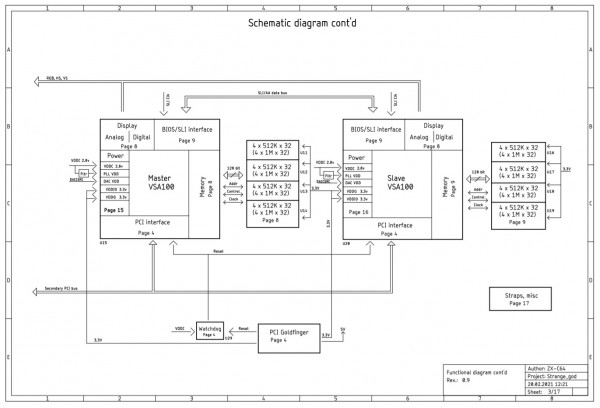