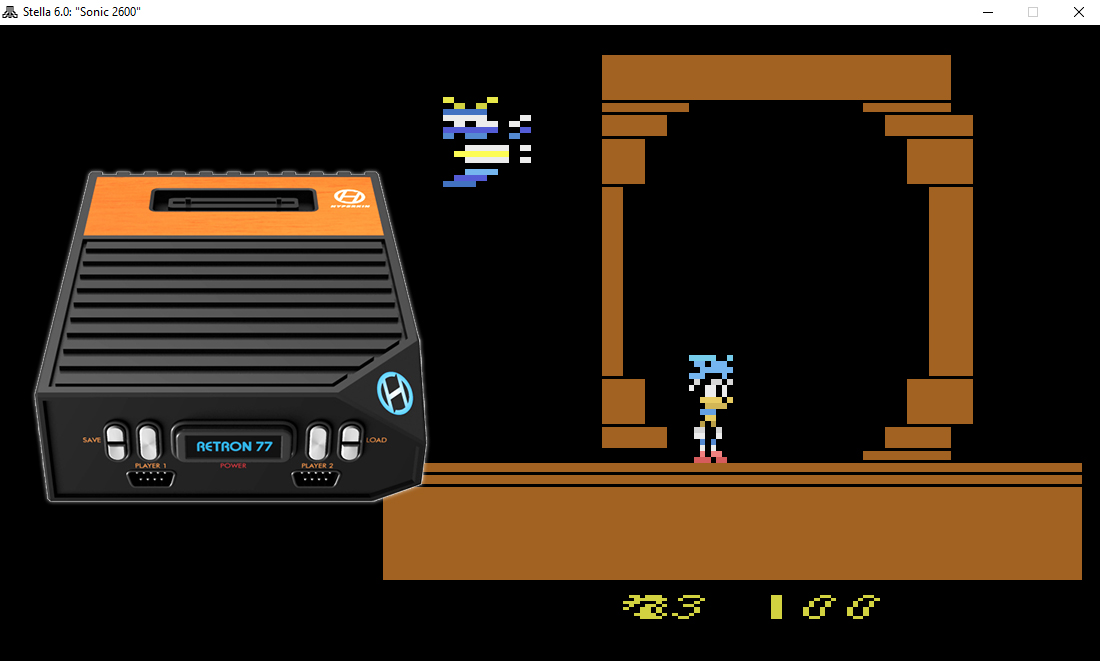 Developer DirtyHairy has released a new version of Stella, an Atari 2600 emulator, for use on Hyperkin’s Atari 2600 emulation console, the Retron77. This update brings a variety of bug fixes and improvements from the main fork of Stella to the Retron77 build while also including some Retron77-specific features that improve the user experience. Here’s the changelog: 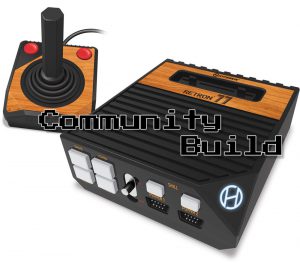 •Overscan option for TVs that cut off parts of the image
•Cartridge support improvements, most notably support for the recently released pink panther prototype
•The number and height of emulated scanlines on screen now more closely resembles a real TV
•ystart and ystart autodetection are gone. This results in faster launch times for cartridges
•Improved scanline emulation
•Plenty of bug fixes

The version of Stella still currently shipping in all Retron77 consoles is v3.7.5, which was released in December 2012. Almost eight years of development has led to significant improvements in accuracy and performance; I encourage interested readers to thumb through Stella’s extensive changelogs to see those improvements in excruciating detail. Suffice it to say, if you own or plan on owning a Retron77 then this update is necessary.

It is worth reiterating that the Stella team is only able to do so much with the firmware in the Retron77. While the core of the device—the emulation of Atari 2600 hardware—can be improved, the controller and cartridge ports are not as simple to modify. Those pieces of hardware are separate from the main board and run entirely different software, which has been a roadblock to further improving the Retron77 experience. Notable drawbacks include the lack of support for physical games that include special chips/mappers in their cartridges (e.g. Pitfall 2) and extremely poor controller support for anything besides a joystick. This writer’s personal experience has been that paddle controllers on the stock ports are so jittery that they’re essentially unusable, even with the attempted fixes by the Stella dev team in the latest releases. (Note: I haven’t yet had the chance to test Hyperkin’s Ranger controller and have no idea if it suffers from the same incompatibility issues)

There are solutions to both of those problems, however: a 2600-daptor can be attached to the R77 by way of a USB OTG cable, bypassing the console’s built in controller ports, and Stella has no problem running ROM versions of special chip games. If you’re comfortable with the added cost of extra cables and controller adapters, the Retron77 running the latest version of Stella is a serviceable way to explore the Atari 2600’s catalog.

As a parting note, the Stella emulator team has a donation page on their website. If you’ve enjoyed their work, maybe see if you could kick a few bucks their way to support the great work they’re doing in the Atari 2600 space. 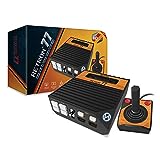 (328)
$79.99 $78.00
Supports 2600 cartridges and original joysticks and paddles Upscales to 720p HD with 4:3/16:9 Aspect Ratio Button; On-board: mode select, color change (color/B&W), and save states Included memory card slot (and memory card) for homebrew testing and f... read more
(as of October 4, 2022 - More infoProduct prices and availability are accurate as of the date/time indicated and are subject to change. Any price and availability information displayed on [relevant Amazon Site(s), as applicable] at the time of purchase will apply to the purchase of this product.) 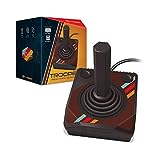 (485)
$20.95 $14.95
Premium build with an ambidextrous two-button design Compatible with RetroN 77, 2600, and 2600-compatible consoles 10 ft. cable Note: Color May Vary
(as of October 4, 2022 - More infoProduct prices and availability are accurate as of the date/time indicated and are subject to change. Any price and availability information displayed on [relevant Amazon Site(s), as applicable] at the time of purchase will apply to the purchase of this product.) 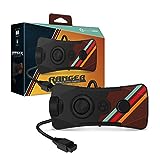 (230)
$24.99 $21.65
Gamepad-style design Built-in paddle dial for compatible games 10 ft. Cable Compatible with Atari 2600/RetroN 77
(as of October 4, 2022 - More infoProduct prices and availability are accurate as of the date/time indicated and are subject to change. Any price and availability information displayed on [relevant Amazon Site(s), as applicable] at the time of purchase will apply to the purchase of this product.)