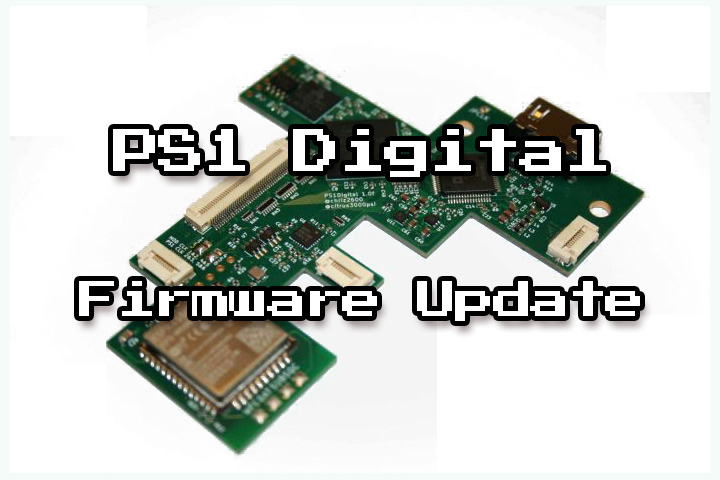 Christof has just released a new firmware for the PS1 Digital that adds an optional ability to contribute to a new game resolution database.  There’s also a new developer mode that allows you to connect to the PS1’s serial port via Wifi.  Update instructions and tools are linked below:

The resolution database feature is something that’s really exiting to people working on archiving and preserving how each of these titles are played.  When the feature is turned on, the resolution(s) of the game you’re playing sync to a database on the main PS1d’s server;  Only a few bytes of data are passed just to send basic info, so don’t worry about this clogging up your upload speed while livestreaming!

The database is currently in raw form now, but will soon be available to the public.  This is an excellent way for people to help contribute the scene without really putting any effort in:  Just turn on the feature and play as normal with zero impact on gameplay!  It’s not only a preservation effort though!  OSSC users and people with direct RGB capture setups will have an easier time dialing in custom timings, as we often just guess at whatever resolution is currently being displayed by a game.

While it’s an optional feature, I hope most people turn it on.  Here’s the new features in v1.6.2, that have been added since the last release: