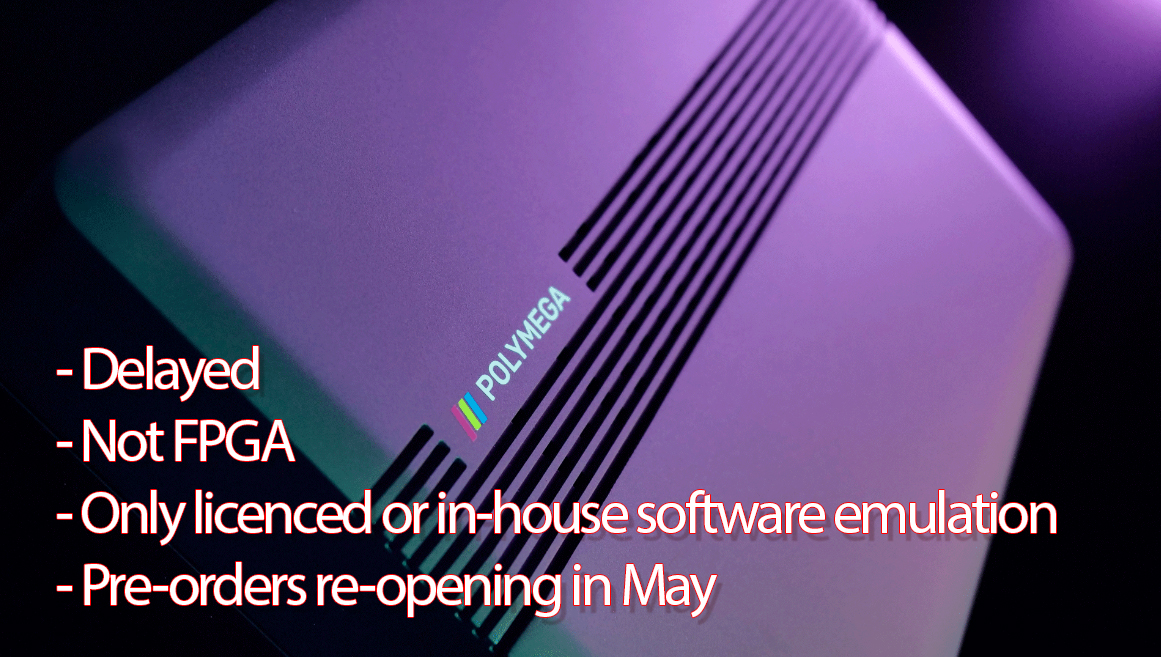 Last Thursday, during what they had hyped as a “Tweetstorm”, Polymega (formerly known as Retroblox) announced that their upcoming console will be delayed due to a shortage in 14nm CPU’s.  They also listed a few features of the console, then ended with an announcement that the product will go back on pre-order soon.

Here’s the full “official” announcements from the Tweetstorm:

I’ve seen a few blog’s praising the Polymega, but none with actual hands-on experience;  Just a regurgitation of their press release.  I’m very much looking forward to a real, objective review that explains exactly what advantages the Polymega has over other emulation solutions, as this is very different from what the Retroblox was announced to be. 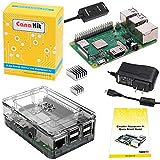 CanaKit Raspberry Pi 3 B+ (B Plus) with Premium Clear Case and 2.5A Power Supply

Includes Raspberry Pi 3 B+ (B plus) with 1.4 GHz 64-bit Quad-Core Processor and 1 GB RAM CanaKit 2.5A USB Power Supply with Micro USB Cable and Noise Filter - Specially designed for the Raspberry Pi 3 B+ (UL Listed) Dual band 2.4GHz and 5GHz IEEE 802... read more
(as of May 25, 2022 - More infoProduct prices and availability are accurate as of the date/time indicated and are subject to change. Any price and availability information displayed on [relevant Amazon Site(s), as applicable] at the time of purchase will apply to the purchase of this product.)

Update 1: Polymega hardware is finished. Running a powerful 35W Intel Coffee Lake S series Processor which can be UPGRADED in the future, if necessary, to support future systems and functionality (by authorized service only). pic.twitter.com/83Gj1JdnFt

*I have a history in computer hardware design & manufacturing with 12 years in hardware and the previous 8 in IT.  I’ve seen the “upgradable CPU” claim before made by massive companies with huge R&D teams.  It’s never worked before.  Keep your expectations in check.