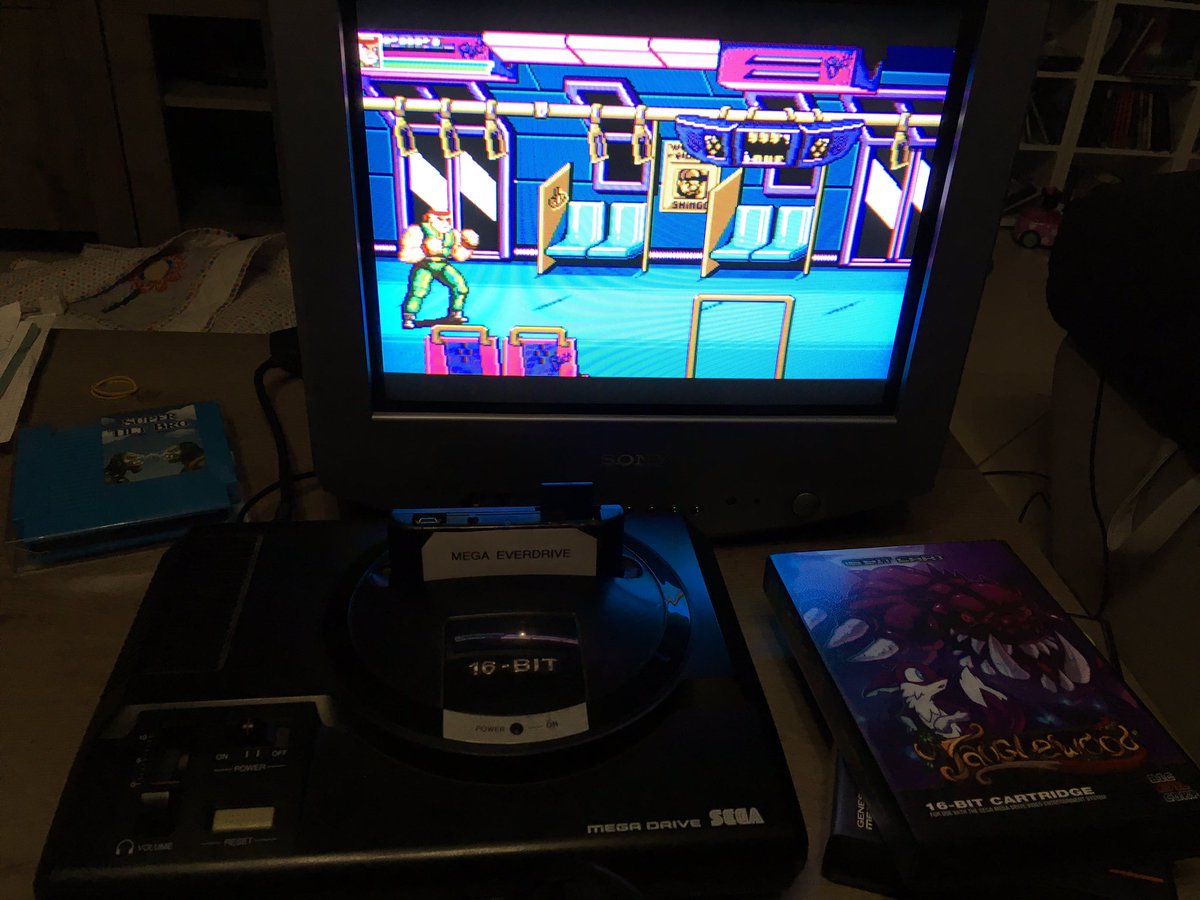 Paprium spoof, Papirium is in new hands after the mysterious disappearance of Studio Vetea on twitter. This left people to speculate and get worried, but luckily, he’s fine. After a brief absence, Vetea returned to provide a statement on the Sega-16 forum thread for Papirium.  In it, Vetea lists his numerous projects and gives his reasons for stepping down from the project.

I have so many projects on Stand By that I have to make a choice … PapiRium is really on a good start, Kentosama is a big fan of classic BTA on Genesis/Megadrive, me not.
The only game I’ve played by the past, was Golden Axe and Sonic … Ahah !
I’m not a really Fan of the Megadrive, or The Retrogaming. I Choose Megadrive because Devkit are so cool : BEX, Second Basic & Sgdk, and the Megadrive has a powerful CPU.
It’s a nice and easy console to dev.

Now, I have to choose on my few Stand By Projects ( Papi Tennis, Rol’An’Go, etc … ) and some personnal projects on PC.
I can’t do all of them, I not the time, the motivation to fight on every project.
So this is my choice.

Kentosama will do a good Job, be sure !

And Fei, the graphist have a nice surprise … And I give some help too.

Kentosama, the dev who took over the project has also made a statement in the same thread:

Hello everyone, I am here to announce that I officially take over the development of PapiRium. I am very honored and proud to have to work on this project.

I will follow at best the spirit and the ideas of Studio Vetea. For the moment, I must first rewrite the code to start from scratch for better readability, but I will keep the logic already developed to save time.

As he is also working on his own game, IRENA, progress on Papirium will be slow.  Kentosama did state that he plans to release a playable demo of the spoof game within a few months. This would mean that he will be releasing two playable demos for the Genesis / Mega Drive in a very short period.

With the disastrous Paprium, there has been a reasonably dedicated following for this title.  Let’s hope that it doesn’t also end up as vaporware. Even if it does, what has been shown in such a small development period is still impressive.