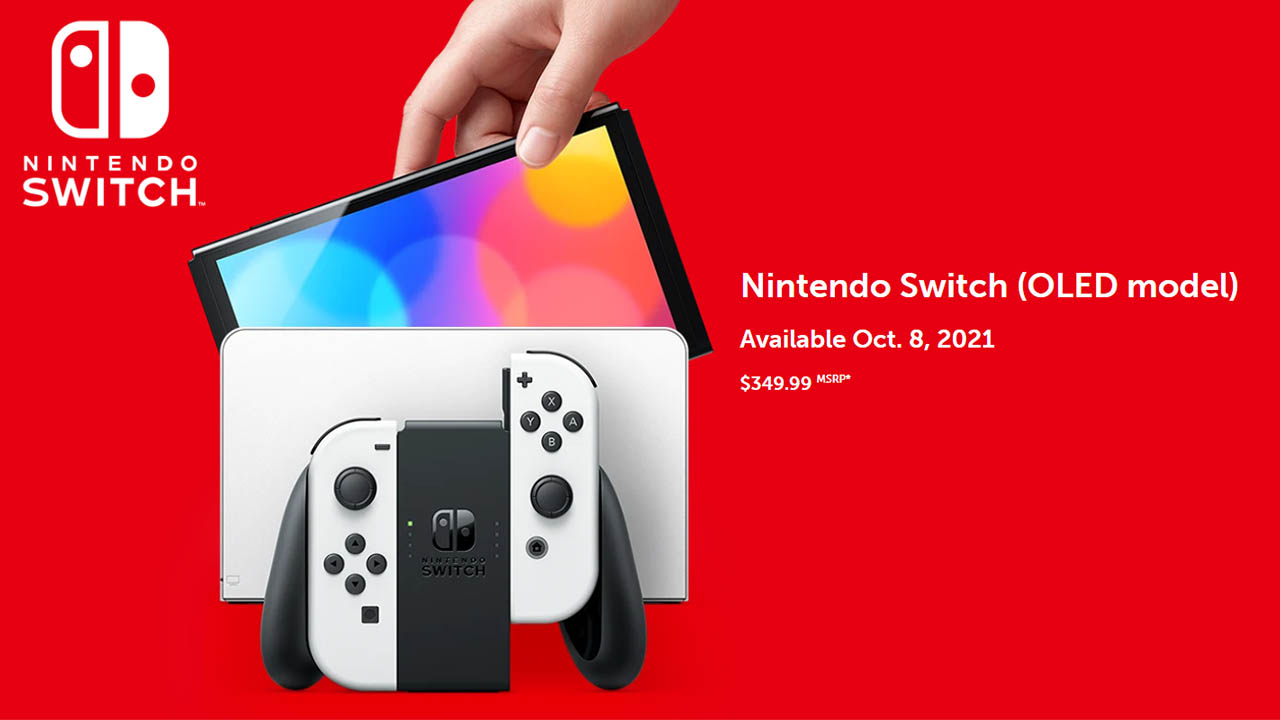 Nintendo has just announced a new version of the Switch, that’s pretty much the same as the current model, but with a 7″ OLED screen, 64GB of internal storage (instead of 32GB) and a built-in LAN adapter.  The price is $350 and it will be available this October;  At the time the article was published, there were no stores offering pre-orders, just placeholder pages.

I’m having a hard time understanding this release.  Alternatively, when Nintendo released the Switch Lite at a $100 discount, that made perfect sense – Gamers who never docked could save some money and parents had a less expensive option to get their kids.  While it didn’t offer removable Joycon’s or a kickstand, it catered to the handheld market and was a sign that Nintendo officially consolidated their “console” and “handheld” market onto one platform, offering different form-factor choices for the same exact game library.  It was a smart move.

But I don’t understand who the OLED Switch is for.  While the extra built-in storage and LAN adapter is nice, they don’t offer anything that can’t be added to the current model, leaving only the screen as the difference.  And your average gamer who’d appreciate the advantages of an OLED screen, would most likely prefer a big, 4K OLED, not a small, 720p OLED.  Also, it weighs 1/3 more than the Switch Lite…so, is this product for a serious Switch enthusiast, with strong hands, that predominately plays in handheld mode?

I also don’t know what this means for Nintendo’s future.  Are they completely abandoning the fabled “Switch Pro” many of us have been hoping for, or is this a step to further separate the “console” and “handheld” uses of the Switch?  Maybe Nintendo’s looking at this as a step forward and thinking (this is my speculation with not one single bit of fact to back it up):  “Handheld users on a budget can buy the Lite and handheld users that want a higher quality screen can get the OLED model.  This paves the way for a 4K, screen-less version in 2022 that’ll be the same $350 price;  The more powerful unit will render games in 4K as fast as the originals would render them in 720p, making it an equal experience in both docked and handheld modes.”

I mean, I guess I could buy that, but it doesn’t seem like something they’d do.  I’m honestly left sitting here, channeling my inner-AVGN and wanting to scream: “What were they thinking!?!?!?”