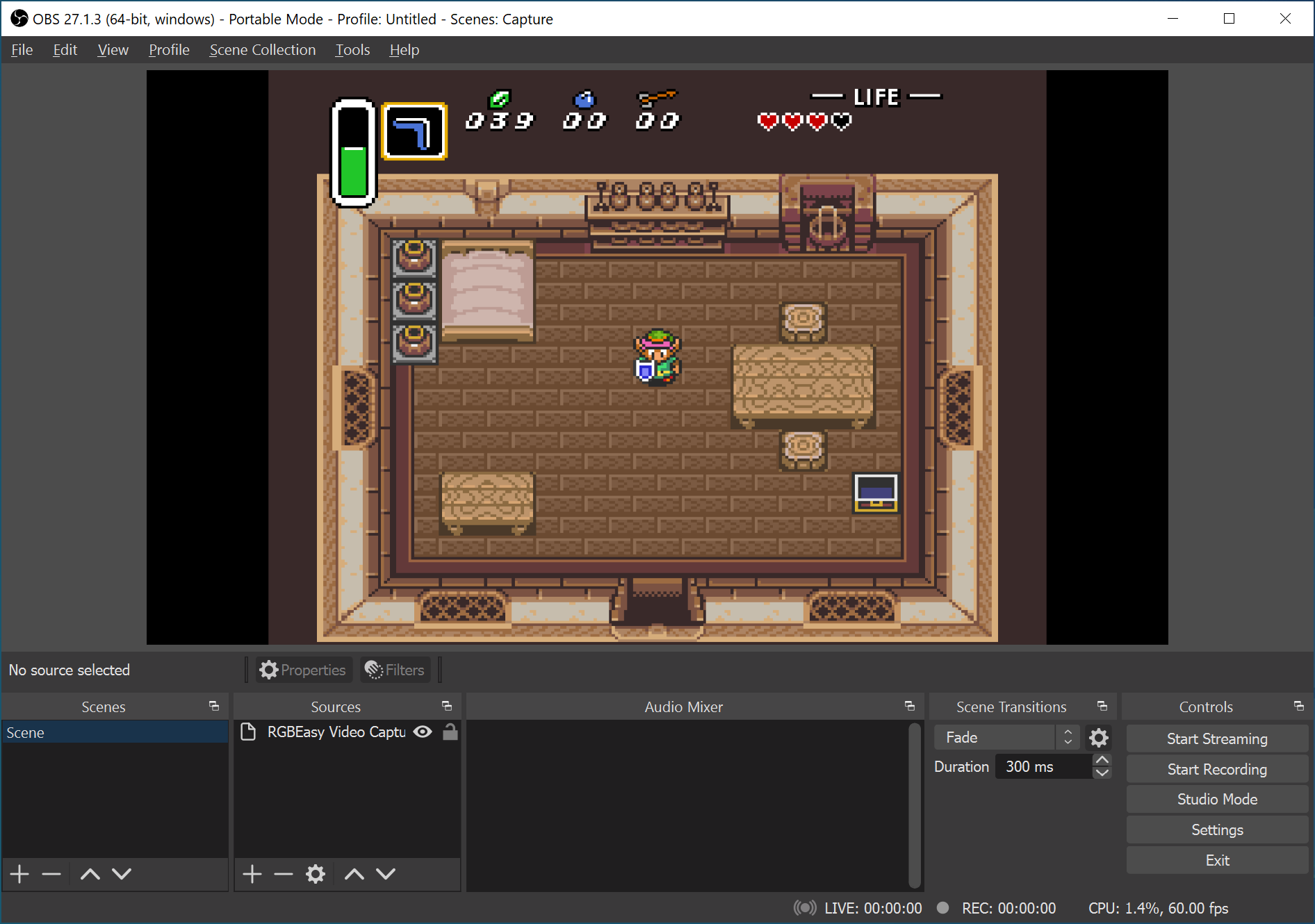 Content creators looking to get the best quality out of their captures are always looking for the most streamlined and reliable ways to get lossless capture.  While this is something most streamers wouldn’t ever need to think about, people doing comparisons or analysis of video signals need to ensure that their captures are accurate;  If not, they’ll accidentally be comparing compression or subsampling artifacts, rather than the devices or games they’re analyzing.  Here’s a list of my current lossless capture methods, starting with the newly updated guide.  I’ll have more instructions soon on capture and there’s more info below:

Some backstory:  Awhile back, yoshiyukiblade helped create a pre-configured, portable OBS build that allowed for lossless capture.  At some point along the way, I took the guide down, as I thought something had gone wrong with the software.  Turns out, the issue was a combination of OBS + Datapath driver!  The fix was to use beeanyew’s “RGBEasy” plugin, when using the Datapath Vision series of capture cards in OBS, instead of adding a normal Video Capture Source.

As a result, I worked with yoshiyukiblade once again to create a portable OBS build, with the Datapath plugin and lossless settings pre-configured.  You can use the instructions to just tweak your current OBS installation if you’d like, however I prefer individual, portable OBS builds on my PC – This way making a change to one won’t affect another and I can keep each fully tweaked for its main use.

Here’s a link to the main video capture section for more info, as well as some video’s I’ve made.  Please note that these all focus on helping content creators get as close to a perfect capture as possible and also focus on direct RGB capture.  If you’re just a causal streamer, you don’t need any of this!  That said, if you’re someone posting a review of scalers, comparing two versions of a game, or anything analysis-based, using these methods (or ones similar) are pretty much required, otherwise your results won’t be accurate.