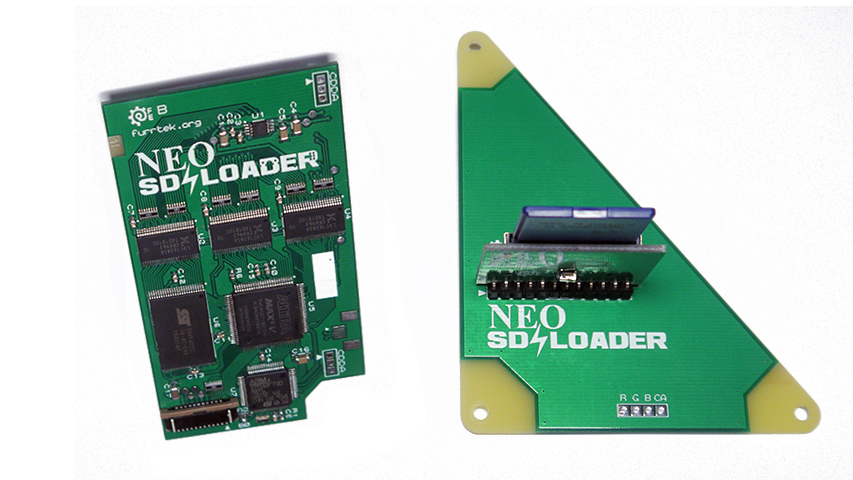 Furrtek has posted more details about the upcoming Neo SD Loader project.  As if we weren’t excited enough already…

First, pictures of the near-final boards have been posted (shown above) and look great!  He’s still trying to determine the best location for people who’d like to keep both CD & SD support, but it’s possible you can have both without cutting anything.

Next, Furrtek posted a video on Twitter demonstrating the loading speed difference over using an original disc.  It looks like loading is about four times faster…and there’s even more room for improvements!!!  NGCD fans should all be excited about this!

Results are in, the NeoGeo CD loader runs at an average of 497kB/s. There's still room for improvement but that can come with software updates.
Here's Twinkle Star Sprites loading in 7.3 seconds instead of 29: pic.twitter.com/DYv3nB8EeJ