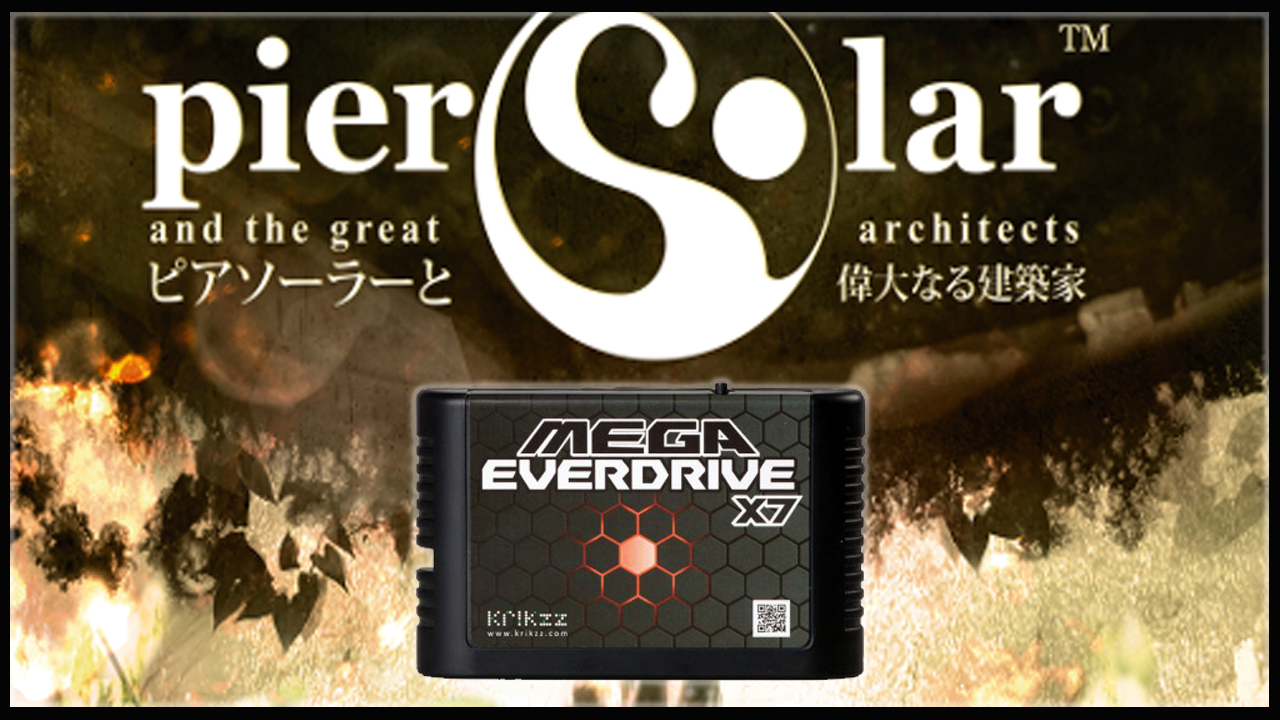 The update primarily benefits the Mega Everdrive X7 V2 (unfortunately, V1 owners are out of luck) as it adds support for Pier Solar‘s homebrew mapper.

This is a paradigm shift as customers have been clamoring for Pier Solar support from Krikzz for years.  Competitor Terraonion supported it out-of-the-box with their Mega SD flash cart. Likewise, “jailbroken” (I hate that term) Mega SG’s can also play Pier Solar without problems.  The latter options even support the special CD music mode with the proper setup.

The release notes have one caveat in regards to saving:

*Pier Solar required to be reset before than power will be turned off, otherwise recent game progress will be lost.

As of the time of this article, there is no way to buy a legitimate copy of Pier Solar directly from Watermelon Games. Their website has been down for months with the buy option for Pier Solar and other properties not being available for years.

Attempts to log on only yield the following message:

We are working on the Magical Game Factory, will be back in few days! Thank you! Nous travaillons sur l’Atelier Magique. De retour dans quelques jours! Merci!

There’s also the fact that the sole proprietor, Fonzie (Gwénaël Godde), has collected pre-order money from people for Paprium and has seemingly disappeared into the ether. I would not Ray Commend (ha!) that anyone purchase anything from him or his company.

Watermelon Games is not in a good place right now, but I digress, as that is a whole different story.

Unfortunately, with the Magical Game factory webpage currently down, Pier Solar players who want to play with the enhanced soundtrack will have to look elsewhere to download the music CD as it’s no longer accessible on the site.

A quick Google search revealed that the V1 Everdrive has a full-sized SD card slot while all other versions use MicroSD. Other differences between models can be found here.

Update: Krikzz confirmed there is a visual difference between V1 & V2:

Customers that desire to play Pier Solar on real hardware now have multiple options for doing so, and that’s a great thing.