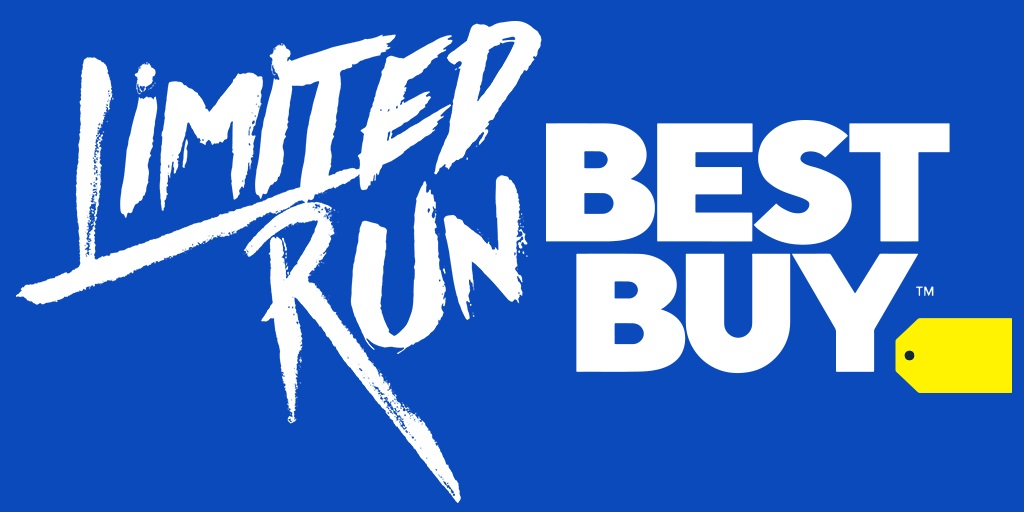 Limited Run Games was amidst controversy the past few days, after word got out that they’ll be selling some of their games at Best Buy…but will not be re-releasing any previously manufactured “rare” games.  LRG owner Josh Fairhurst seemed genuinely concerned on Twitter and to be honest, I’m still not 100% sure what the full controversy was about, but here’s my best interpretation:

So, it seems to me that from this perspective, LRG is simply extending what they’ve always done and nothing will change;  The goal is to make just enough so there’s no stock left over, but everyone who wants one gets one.  Each sale is a gamble and sometimes they have extras, while other times they have far less, resulting in scalpers selling games for 1000% markups or more.

The only “controversy” I saw was with people who ordered the games Yooka Laylee & Golf Story and thought that the copy of the game they wanted to collect would be de-valued by more copies being available at a major retailer.  While I’d prefer to see privately-owned retailers get exclusive rights to things like this, adding a major retailer won’t change LRG’s “we never reprint” policy.  Also, LRG was open and honest about this before the pre-orders opened:

“Please be aware that a representative from Best Buy has approached us with interest in Yooka-Laylee. We want everyone to know now that there is a possibility of this release appearing in stores at Best Buy. Best Buy would put their order in during the same open preorder window as regular customers. Everything we produce will still be limited with no reprints planned. Any retail editions will be distinguished from the online limitedrungames.com releases with unique cover art or other features. Our goal is to be as transparent and upfront about this possibility as we can so no one feels that we are pulling the wool over their eyes.“

So, as always, it seems that Limited Run Games has been completely open with their customers and not much about their business model has changed.

After all of this, my opinion hasn’t changed one bit:  I view them as an honest company who’s trying their best to find a happy medium between hyping products and providing physical copies of games that would never have been made if it weren’t for them; Basically, they’re trying their best to please both gamers and collectors.  I’m a gamer, therefore I have zero interest in buying a game to scalp, or as an “investment” for my collection.  I won’t even attempt to buy a game if it seems like it’ll sell out right away and I want no part of that scene.  I did purchase Night Trap for the Switch through LRG and found the overall experience to be exactly what a “gamer” wants:  There was enough stock for everyone, the purchase was easy and it shipped in the timeframe promised.

As for adding Best Buy as a reseller?  I hope this allows LRG to produce two copies of every game:  One with exclusive artwork and pack-ins to please  direct customers and mom & pop game stores, then another version mass-produced with enough for everyone.

You can watch the original interview I did with LRG last year (link is also below) and check out the full LRG email here:  https://mailchi.mp/limitedrungames/limited-run-games-at-best-buy

(5)
$64.98 $59.00
5 game modes: ARCADE, INFINITE, LOCAL VERSUS, ONLINE QUICK MATCH, & RANKED MATCH Online Versus: for the first time ever, face other players worldwide in ranked matches and compete in the top leagues! 6 unique characters with their own special skills ... read more
(as of January 27, 2022 - More infoProduct prices and availability are accurate as of the date/time indicated and are subject to change. Any price and availability information displayed on [relevant Amazon Site(s), as applicable] at the time of purchase will apply to the purchase of this product.)

(4)
$33.99 $33.97 (as of January 27, 2022 - More infoProduct prices and availability are accurate as of the date/time indicated and are subject to change. Any price and availability information displayed on [relevant Amazon Site(s), as applicable] at the time of purchase will apply to the purchase of this product.)

(4)
$29.99 $48.99 (as of January 27, 2022 - More infoProduct prices and availability are accurate as of the date/time indicated and are subject to change. Any price and availability information displayed on [relevant Amazon Site(s), as applicable] at the time of purchase will apply to the purchase of this product.)

Hey Nintendo news sites – *please* stop reporting on things before we've officially announced them. Some of our fanbase can be incredibly easy to upset and it really screws with us if our announcements go wide without full context or details.

Companies like Square Enix and Capcom aren't going to work with a someone who is only pushing 4K copies to small audience. Adding retail to our capabilities allows us to hit the levels they'd want.

In terms of past releases, literally nothing outside of Yooka-Laylee and Golf Story will ever be at Best Buy. I don't know why you feel like other games will be there?