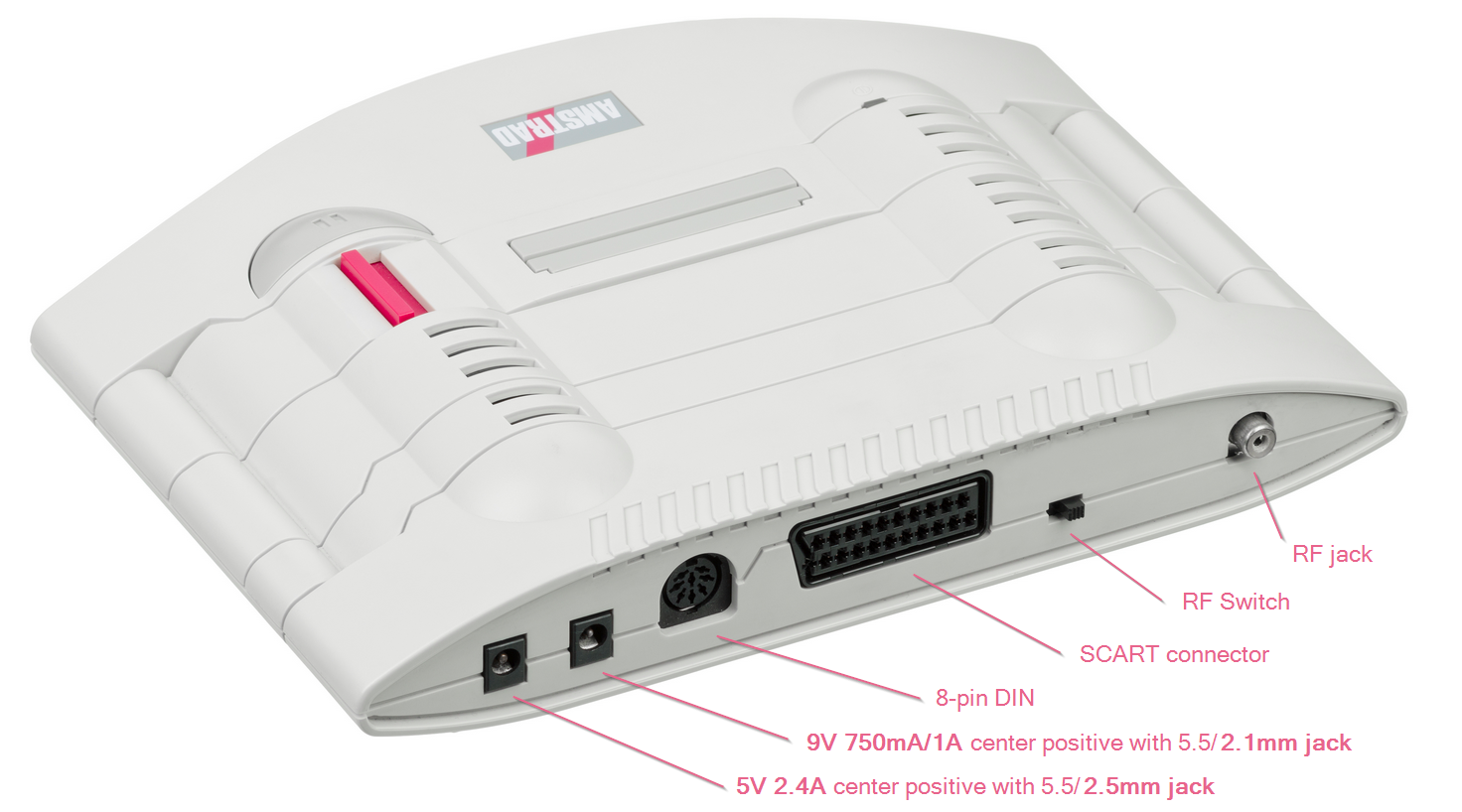 Here, I wanna present you the GX-4000 from Amstrad.

This console was released in September 1990 only in Europe. This is a 8bit console based on the Amstrad CPC architecture, released at a time when 16bit consoles were being released.  That resulted in a system that lived barely a year and sold around 150,000 copies.
26 official games has been released and are compatible with Amstrad 464+ and 6128+

The picture above is a rear view and shows 5V is present in the output, so you can connect it to an color Amstrad monitor (sold with 464+ and 6128+) along with the 8-pin DIN plug.

What about Flashcards or Multicarts?

Today, the most complete option is the C4CPC from CPCWiki user Gerald. The price of the PCB + a 8GB µSD card is about 65€.
A 3D Printed case is also available on the page.
The C4CPC can also be used for Amstrad Plus range of Microcomputers.

Beware to not use the OEM power brick but rather a 9V one (see schema above) or you can brick your console!
Here is the thread about it.

A 32-in-1 Multicart can also be found on some site like this one for 35€. I’ve personally never tested it.
This one is only compatible with the GX-4000 due to its size: