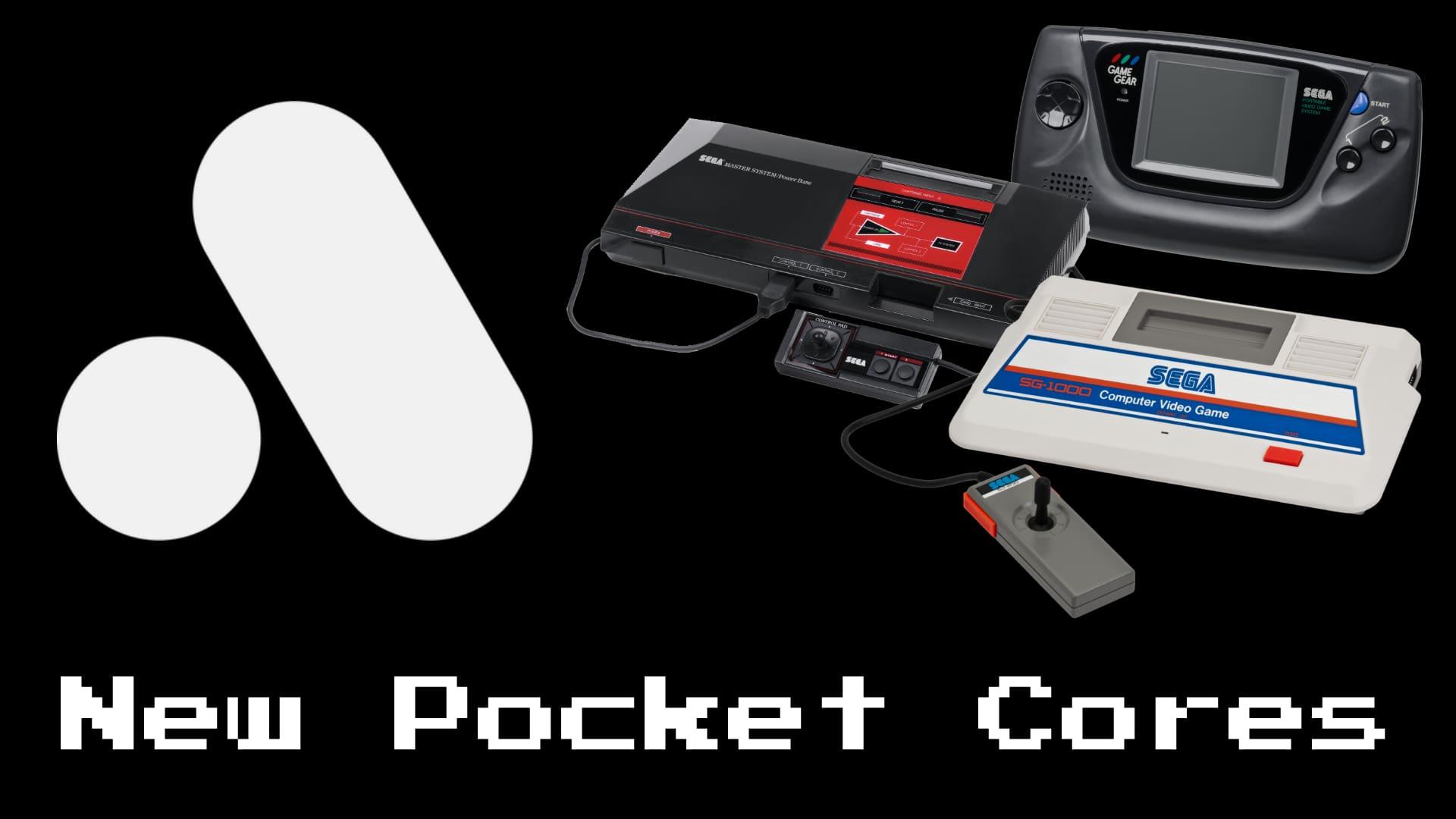 Sega Game Gear, Master System, and SG-1000 cores for the Analogue Pocket have just been released by spiritualized1997, the same developer behind the GameBoy Color and GameBoy Advance cores that were released shortly after the v1.1 beta Pocket firmware. If you’ve run those cores then it won’t be a surprise to you that these ones work in exactly the same way, and the installation only involves dragging and dropping a few files on to the Pocket’s SD card storage. The few games I have tested so far seem to work well but there are also some caveats I’m gonna take a second to discuss:

If you’re a stickler for aspect ratios, you’ll probably notice that none of these three cores are displayed in their correct aspect ratios by default. The Game Gear core fills the screen and the SMS and SG-1000 cores default to stretching their 256×192 output to a 4:3 aspect ratio, making all three of them taller than they should be. Unfortunately there isn’t yet a way to adjust the size or position of these cores using the Pocket’s menus yet, so in order to correct this issue you have to use a text editor to change the aspect ratio values in the video.json files that are included in the GG, SG-1000, and SMS core folders.

Although there is a disclaimer that it shouldn’t be cited as a primary source, the pixel aspect ratio values from this website have honestly worked really well for me in the past and I’ve set up my retro consoles using the information there. With these pixel aspect ratios in mind, here is a before and after shot from the SMS 240p Test Suite and also the adjusted values I entered in to these cores’ video.json files:

Also, just like the GBC and GBA cores these are only intended to open a single kind of file extension. Even though the GG, the SMS, and the SG-1000 share a lot of DNA—to the point where a GG can just run SMS and SG-1000 games on real hardware—these cores will only address games that are specifically designed for those consoles. I tried adding a .gg extension to an SMS game and then loading it in the GG core, but it never ran correctly; the colours were all wrong and there were tons of visual glitches. For more information about the SMS and Game Gear’s shared libraries, feel free to check out Bob’s excellent video:

Lastly, as of right now the SMS core only supports PSG sound. I tried a few different games that supported FM synth, but they either booted to a black screen or defaulted to their PSG soundtracks.

Regardless of what is missing though, it is exciting to see the Pocket receive this many cores after waiting so long for the v1.1 beta. Here’s to hoping that other system aren’t far behind.