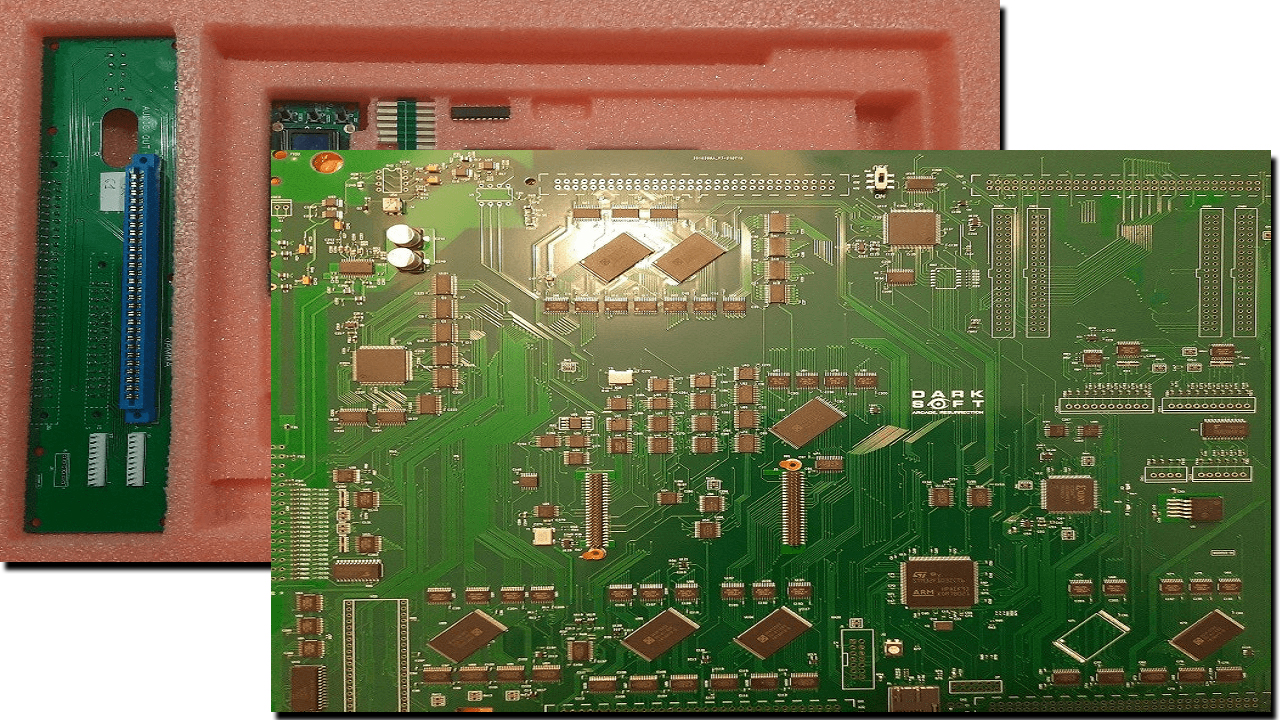 People on Darksoft’s pre-order list are now eligible to purchase the CPS1 multi, first officially announced just over four years ago, in 2017.  If you’re on that list, the procedure is to place your order now, and reference your name and number in line from the forum.  People within the first 250 numbers on the list will receive their kit in February and everyone above that should receive theirs in May.  I pre-ordered one and it came to $780 – So, while it’s far cheaper than buying multiple CPS1 game boards, this obviously isn’t for everyone.  Links, more info and my opinions below:

There’s lots to discuss about this and let’s start with the undeniably good:  This is a kit that replaces the game board in your Capcom CPS1 (multi-board) arcade setup, with a “multi kit” that allows you to play every game from the CPS1 library, using mostly original hardware.  While you can philosophically argue that a “multi” isn’t 100% original hardware, Darksoft’s kits have been so accurate to the original that they’re allowed in pro tournaments; Once the game is loaded via an external LCD controller, the setup essentially turns into the original game combination, making gameplay indistinguishable form the original.  This kit also allows for support of spinner games, 3&4 player games and even QSound CPS1.5 games – Something I need to take a moment to discuss…

A few games were released between CPS1 and CPS2 that used an upgraded sound chip called “QSound”.  These games are rare and extremely expensive, making them an important addition to this multi kit, as most people would never be able to experience them on real hardware otherwise.  Darksoft spent almost an entire year ensuring accurate compatibility and over 60% of the kit’s PCB is dedicated to QSound compatibility.  Some of these kits will ship with original QSound chips and others are using an FPGA programmed with Jotego’s DSP16 code.  While I hope my kit has an original QSound chip (simply from a collector’s point of view) performance should be identical if the chip is emulated via hardware.

While it’s expensive, if you compare it to the price of original games these days, it’s easy for arcade enthusiasts using real hardware to view this as a fairly priced alternative.  I imagine even collectors who already own all their favorite CPS1 game boards would even consider buying one, as this will remove the need to disassemble the boards when switching games;  Both a convenience and one less chance of something going wrong.  Also, pairing this kit with Markus’ amazing HDMI kit will allow a 100% accurate arcade experience on a CRT, while having the crispiest arcade streams out there.  Basically, this is the CPS1 multi arcade enthusiasts have been patiently waiting for.

Before I continue, I need to politely point out that I’m a fan of Darksoft’s work and have covered almost all of his products, but I’m not a blind tribalist – I can love a product without becoming a fanboy.  I’ve also purchased every product I’ve owned of his (no freebies) and have tried to keep my reviews and opinions fair, even through the incessant trolling that this scene sometimes piles on.  That all being said…

I love that Darksoft is a perfectionist who won’t release a product until he feels it’s ready, but a lot has changed in the four years since it’s “coming soon” announcement:  Back then, there was no accurate, lag-free way to experience the CPS1 library.  Sure, there were some decent console ports and if you know what you’re doing, you can configure a good software emulation experience on a fast PC…but people wanting to just play their favorite CPS1 games on their home arcade setups only had one reliable option:  Real hardware with a Darksoft multi.

Two years after the original announcement, Jotego released an excellent CPS1 core for the MiSTer and in the two years since, he’s continued to update and refine the core, making it a perfectly viable option.  Also, companies like Arcade1Up have stepped up their game…and while those aren’t nearly as accurate as real hardware, they’re far cheaper, require no complicated CRT maintenance and offer some cool features with a widely growing netplay community, allowing competition across the internet.

Once again, I’m by no means discouraging any arcade enthusiast from purchasing this kit, I’m simply trying to put things in perspective for people who might not know if this kit is for them.  I guess an easy way to sum things up:  Is using (not just collecting) original hardware important to you?  Do you love the CPS1 library?  Are you prepared to find the necessary A board, install and configure this kit?  If the answer is yes, you probably already bought one and didn’t even get this far into the post ;p