Retro Game Restore was kind enough to send me a pre-production version of their new Super Famicom clear replacement shell, in place of the production version I purchased, so I may review it.  Overall, the quality is excellent and exactly what I expected based on the quality of their previous SNES and PCE shells.  I did a casual livestream as I performed the shell swap and spoke to RGR about some of the potential issues I found.  Luckily, none should be a problem in production!  Check out the stream and written review below that, which addresses the issues:

I’ll start off with the most important info:  This thing looks AMAZING, however there are a few issues I found right away.  The first is actually NOT a problem with the production versions:  The universal top’s cartridge dust cover didn’t quite fit right and would pop up.  Retro Game Restore confirmed that was already fixed for production and only an issue with my pre-production version.  Cool! 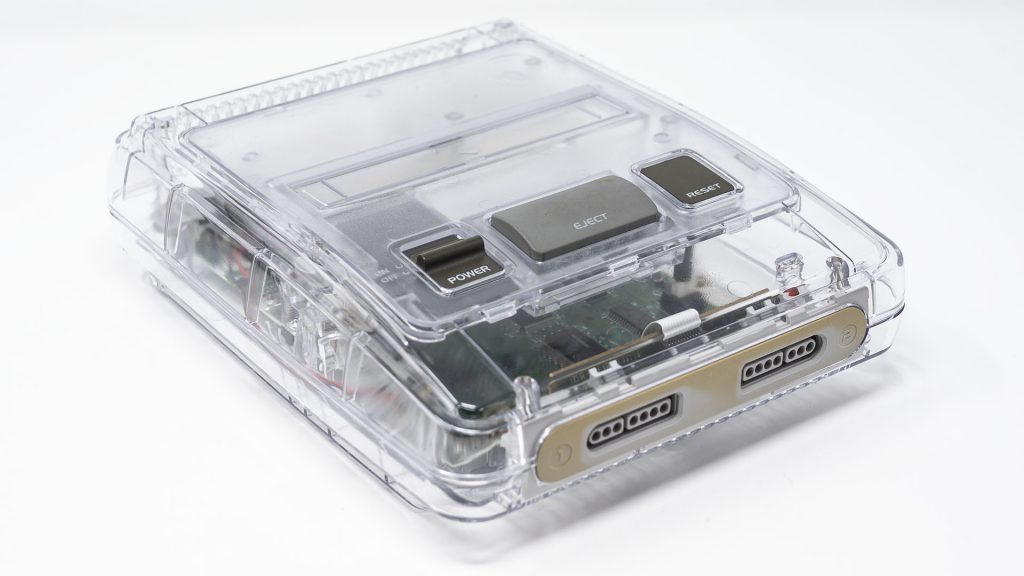 Next, is the yellowed front controller port cover.  I retro-brighted that when I livestreamed the SNES case swap, but it was a rainy day when I did this SFC and wasn’t able to.  As you can see, it sticks out pretty badly, BUT, Retro Game Restore said they’re working on clear controller port covers for both the SNES and SFC versions!  I’m not sure if it will ship with this, or be a separate cost, but I’m totally okay paying extra;  In many cases, using the original could look awesome (like with my SNES) and not everyone will want or need it. 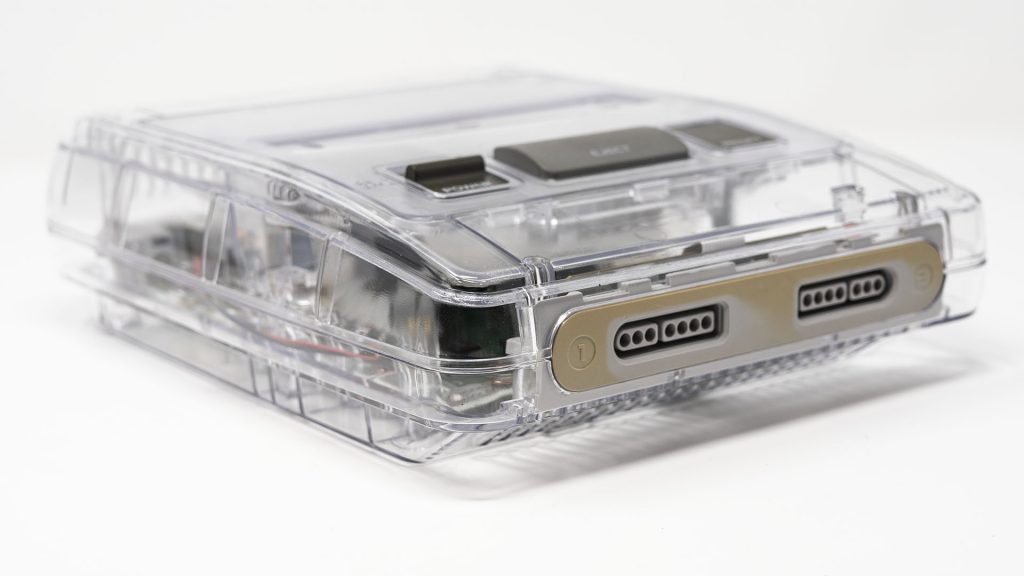 The only other issue I ran into, was using the original 6 security screws on the bottom was annoying:  The heads aren’t big enough to catch on a screwdriver and I needed to put a lot of pressure on the case to screw them in.  RGR is looking into including new Philips head screws for the case and as long as you have the right size tip, it’ll be much easier.  Luckily, after tapping the threads, it’s not too bad either way, but that first time is a pain with the originals!: 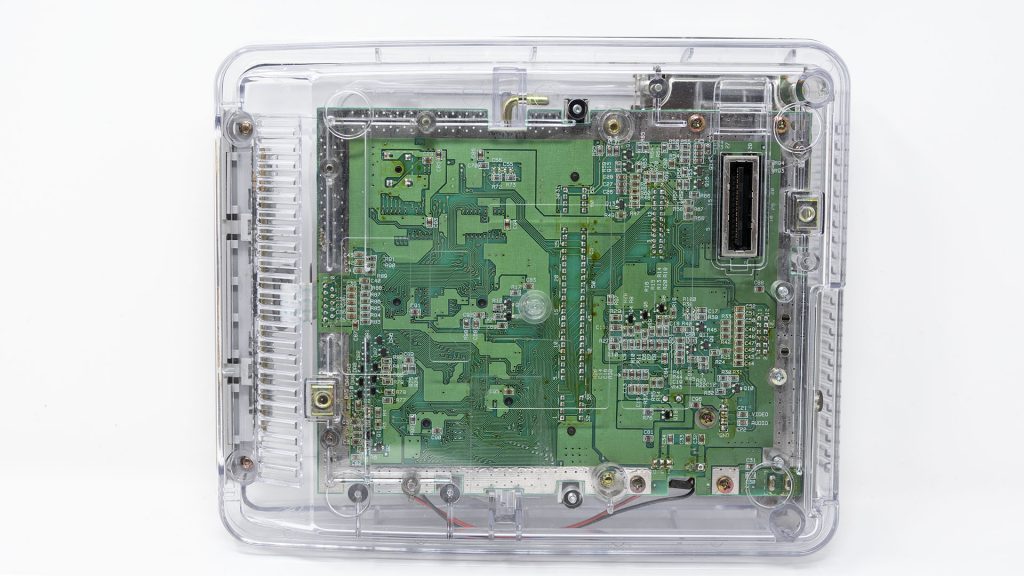 One thing to note, is I opted for the second cover, which allows both Japanese and US cartridges to fit.  I’ll admit, it’s weird to see a SFC without the rounded cart slot, but I love the functionality it allows: 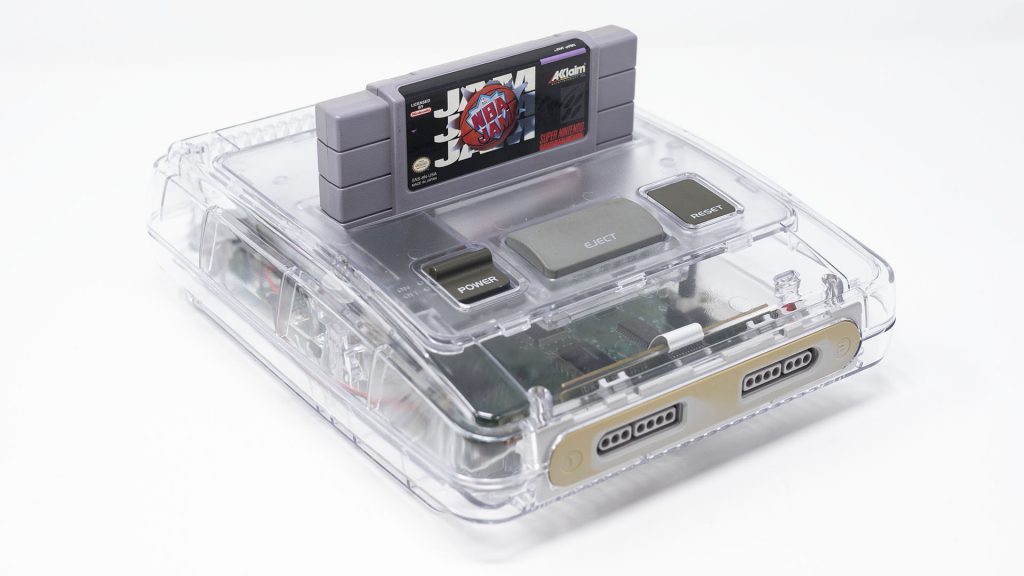 It comes with one that matches the original…or you can just keep the original grey if you’d like!  I’d be willing to bet lots of people will just use the original, however there’s one thing to note:  You’ll need to keep the plastic brace of the original top to use it. I didn’t show it in this picture, as mine was all yellowed, but I wanted to show this as an example: 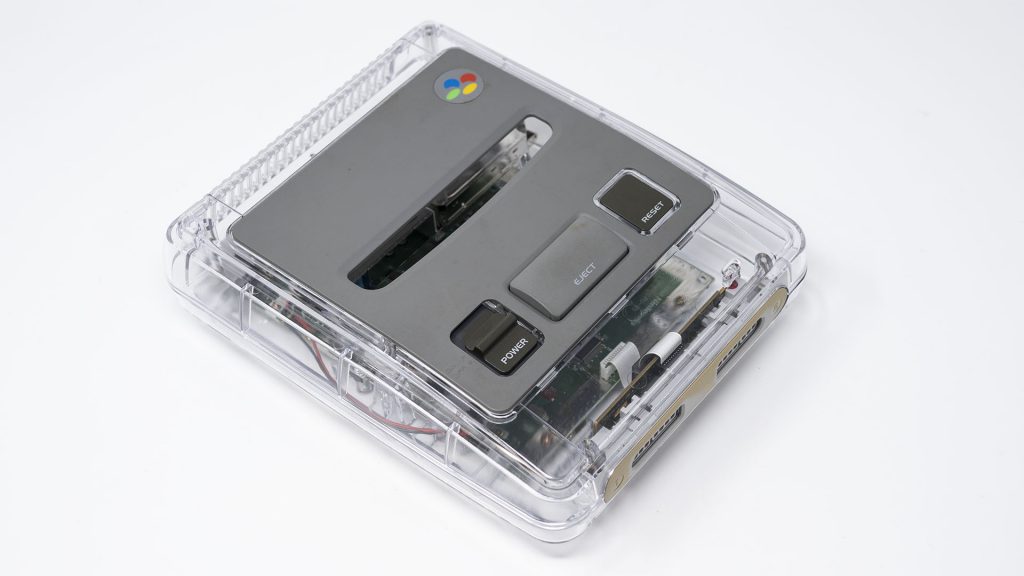 These SNES/SFC kits don’t come with a rear AV port replacement plastic, but in most cases that’s probably for the best – You’d have to desolder the power port on it, which is much more complicated than a quick case swap.  Also, that plastic rarely gets yellow or cracked like the tops and you can’t even see the back in most cases, so I 100% agree with the decision to not include it: 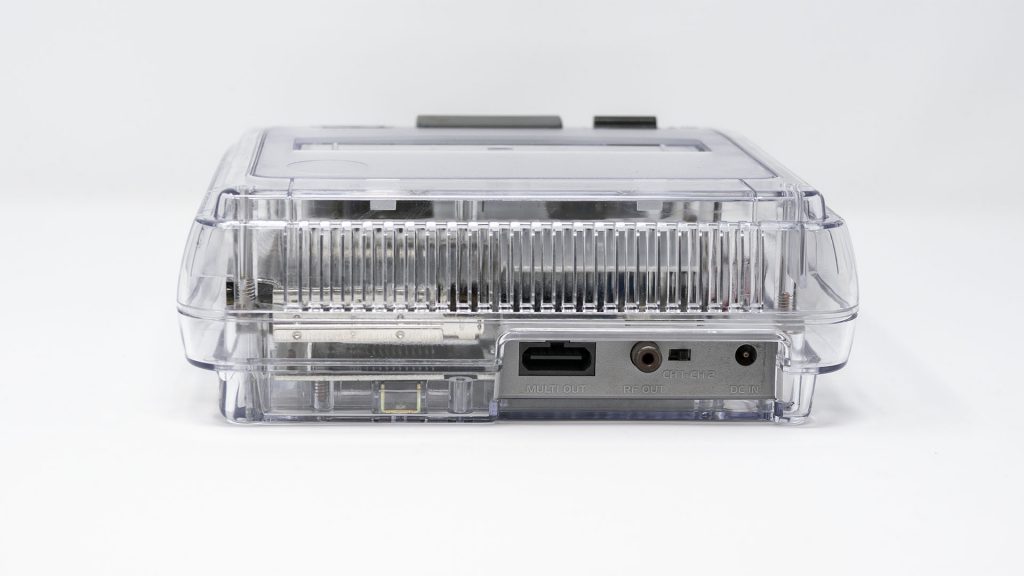 Overall, the plastic quality was equal to, or better than the original.  I really love being able to see right into the motherboard and seeing the extra sound board on this early SFC revision!: 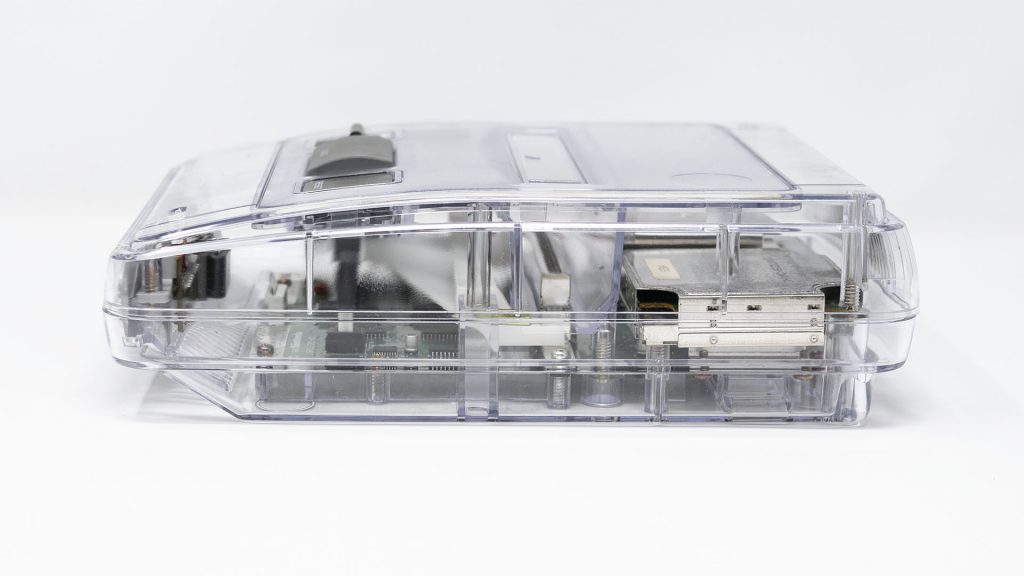 As a note, I opted to leave off the metal shielding.  In many cases, this shielding was there to prevent the consoles from interfering with other devices around it, but it should at least be safe to try removing it.  Worse case, if you get interference on the screen, put the metal back in.  Just do NOT remove the heatsink (pictured below), as your console will overheat.  You can replace it with a basic switching power converter that doesn’t require a heatsink, however in most cases you’ll end up with video interference on the screen. I’ve heard some of the higher-end ones don’t cause any interference and also don’t need a heatsink, but I haven’t personally tested.  If you’d like to give this a try, please do it at your own risk!:  https://www.digikey.com/product-detail/en/recom-power/R-78B5.0-1.5/945-1054-ND/ 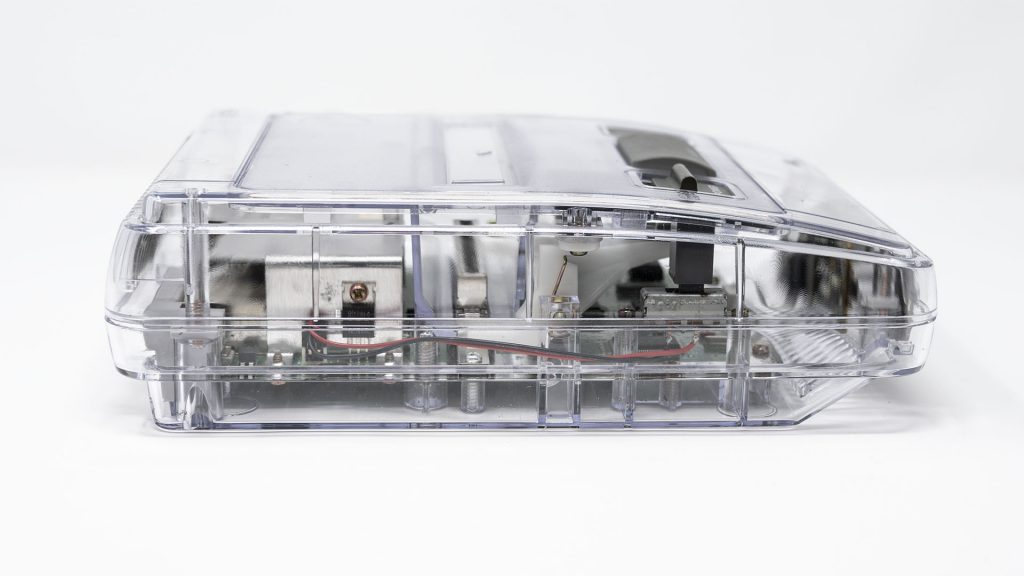 Overall, while the case isn’t cheap, I think this is truly worth the money.  In my opinion, it’s the perfect replacement for anyone with a cracked, yellowed original!