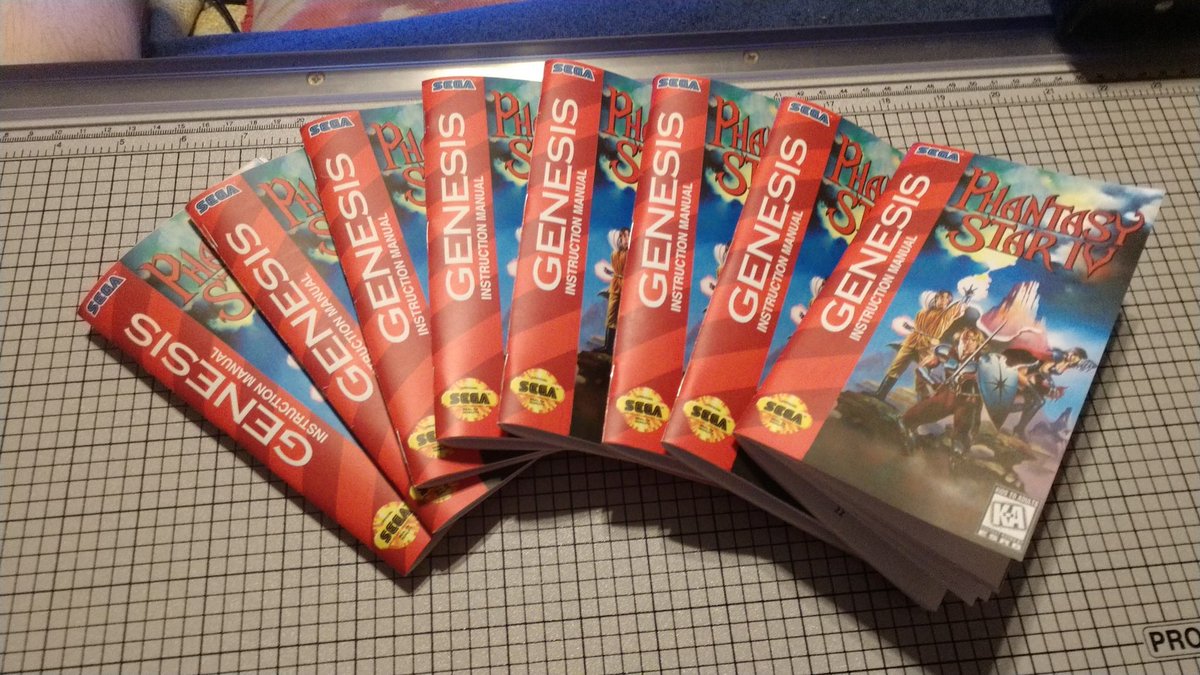 With respect to the gaming community, the word “reproduction” typically has a negative reaction. Some regarding reproductions on the same level as software emulation. This being that reproductions are typically associated with devices from eBay having 150 plus pack in games or anything from AtGames. However, there are some that take products and rebrand them, giving the reproductions a renewal on life. This is where ArcticCaveGaming comes into the picture.

After following ACG on Twitter and eventually purchasing some items from his store, I wanted to see how his products looked in comparison to the web site. As there is always the risk of being misrepresented online, I curbed my enthusiasm until delivery. His releases are purposely done in a way to avoid any confusion from an original retail version of the game. With custom CD label and cover artwork, UV sealing discs, sturdy media casing, if you weren’t familiar with the product, it’s possible to think the game is an official reissue. Needless to say, I was pleased with the results. 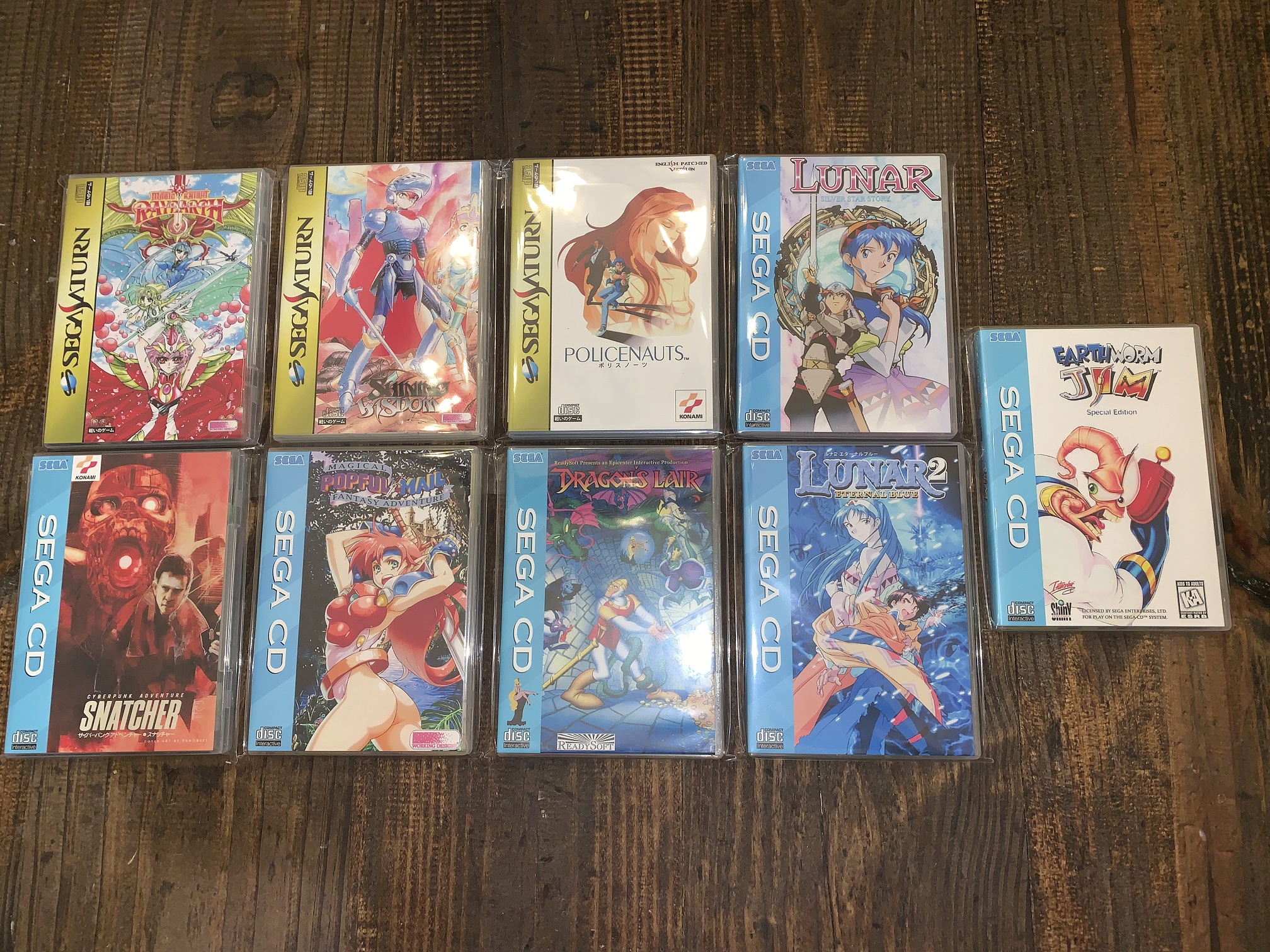 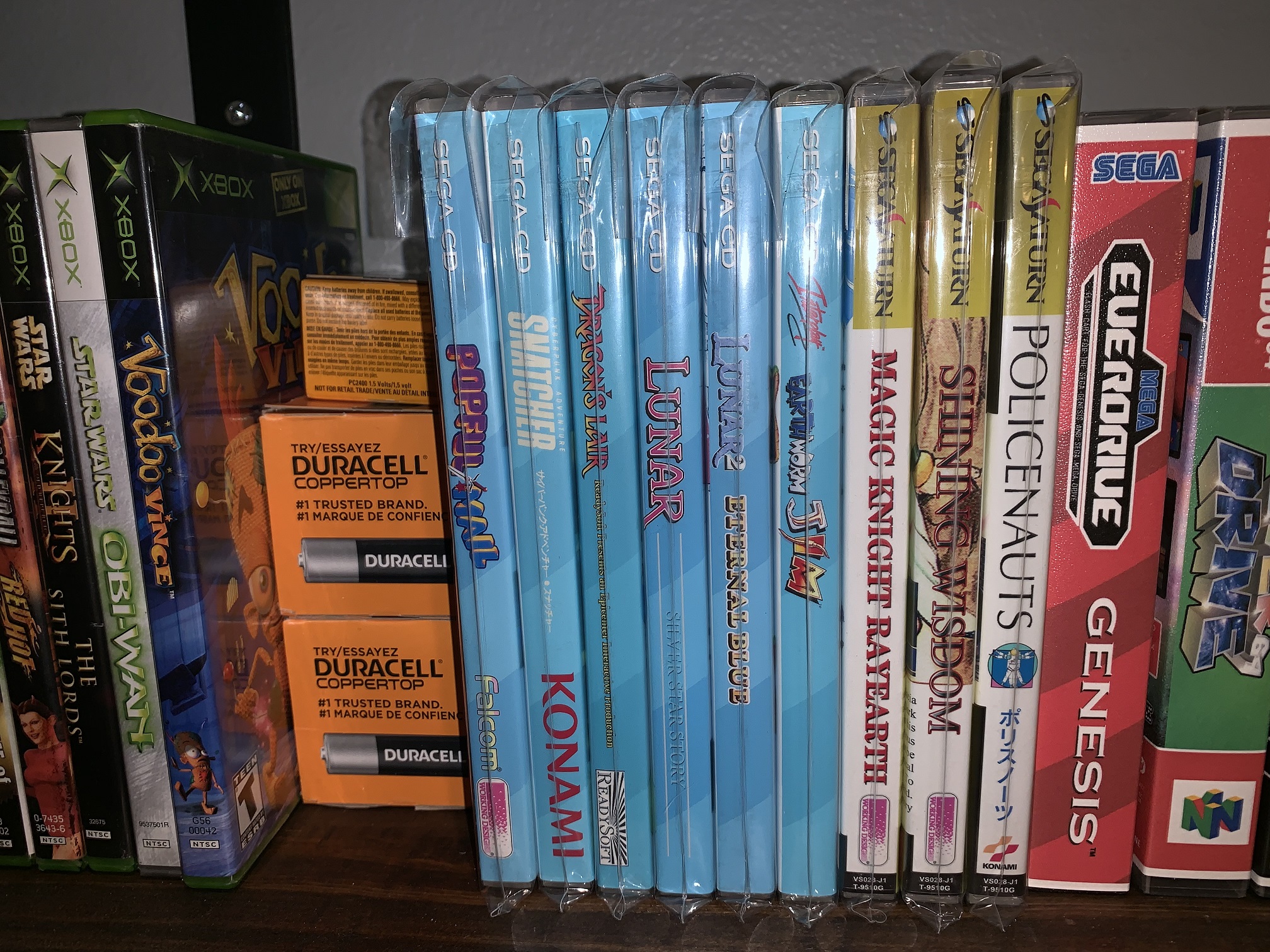 I decided to reach out to ACG (aka Retro Repair Corner on twitter), not to dispel any negative connotations regarding the reproduction market, but to gain a better understanding of his purpose for doing these projects. During the week of August, 28th, 2019, we were able to have a phone interview.

Cliff’s main purpose for starting this venture was in response to resellers exploiting gamers and the used game market. For example, the cheapest Keio Flying Squadron complete in box (CIB) is listed at $1,399.99 with a disc only listed at $524.99. As well as allowing owners of the original discs the ability to play from a backup copy, leaving their authentic disc untouched from any potential damage or wear and tear.

With the mindset of quality over quantity, attention to detail usually means a job takes longer to complete. Cliff remarked that he wouldn’t want to release something he wouldn’t have an interest in buying (ie. cheap knock offs). I was surprised to hear that all production is now done without outsourcing. I’m assuming this is to circumvent another manufacturer error (Linkle Liver Story set back).

This isn’t Cliff’s first run at reproduction work either. Previously, he co-founded with a friend RE Gaming which was known for their limited run of MUSHA.

Unfortunately, Cliff and his business partner had a difference in opinion, with him stepping down and rebranding himself as ArcticCaveGaming as a solo venture. It’s possible that re-releases of these products could be done; however, Cliff stressed that these would not be rehashes of previous releases but new artwork, packaging, etc. based on what he’s learned with ACG.

The topic of optical drive emulators (ODE) such as the recently released Mega SD and near impossible to obtain RHEA was brought up. ODEs are also another means to eliminate the need to bother with the reseller market. Cliff stated this both will and will not have an impact on his store.

Using the Sega Genesis as an example, people owning the full setup (Genesis, Sega CD, 32x) recapped or not recapped already have a large monetary investment with the equipment. To him, it doesn’t make sense to spend almost the same price for a Mega SD only to play a hand full of reproduction games. Especially since most already have an Everdrive for cartridge games. People only with a base Genesis are more inclined to purchase the Mega SD as they have a smaller investment at that point.

While the ladder statement might be true, it’s safe to assume those customers wouldn’t actually be considered customers since they don’t have the hardware to run the games.

What’s in the Pipeline?

Looking to the future, Cliff’s stated he would like to do more hi-resolution manual scans and production; however, in the past, he was unable to find enough people to make it a viable project. With the amount of work involved, he would have needed a larger audience in order to have the time to do the project correctly.

He did inform me of some other projects in the work:

Personally, before anything else, I’d love to see releases of manuals for franchises like Ys (SNES), Phantasy Star (Genesis) and Final Fantasy (SNES).

It should be noted, Cliff is a great contributor to the retro gaming scene. The dedication and attention to detail is something a lot of people look for, but traditionally, is absent with unofficial releases. When possible, credit is given to the original fan translator(s) and he’ll makes it a point to let potential customers know he’s providing a high quality reproduction (generally) with different artwork than the original release.

Cliff works on projects where he already is familiar with the original product. Because of this, he’s able to quickly spot inconsistencies, ensuring a proper product is created. With a long list of ongoing projects, it’s unsure how fast he’ll be able to release them. It seems like everytime I talk to him, he’s nearing or penciling another project.

Knowing there’s another person in the retro gaming community producing quality products is a step in the right direction. Especially when it provides gamers with the ability to just play the game, not having to deal with the overly inflated reseller market.

Note: No products, commision or services were provided or promised from ArcticCaveGaming or a third party source on their behalf. All acquired products by the author were purchased at full retail price months prior.