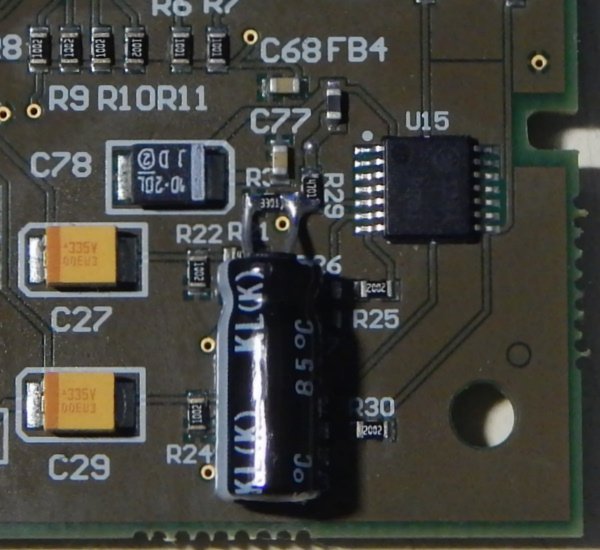 FirebrandX used an audio probe to test the entire audio circuit of the SSDS3 to find where the interference started.  He narrowed it down to one part of the circuit that wasn’t built to spec.  According to FBX:

The problem was in the Vref circuit to the op-amp, which Terraonion missed putting in a decoupling cap. I slapped a 10uf one around the positive and ground ends of R31 and BAM! Buzzing audio and SD card access noise GONE!

If this is indeed the fix, it’s cheap and easy enough that a beginner might be comfortable doing the work themselves!  So far, people who’ve tested claimed a 90-99% improvement in audio quality!  Also, MegaAmp creator Ace chimed in and suggested an upgraded op-amp as well, which should make it a 100% perfect fix.

Apparently, TerraOnion has taken notice and all of the units shipped from today on will have the Capacitor fix added.  I’ll follow up with these fixes and additions during the upcoming review…