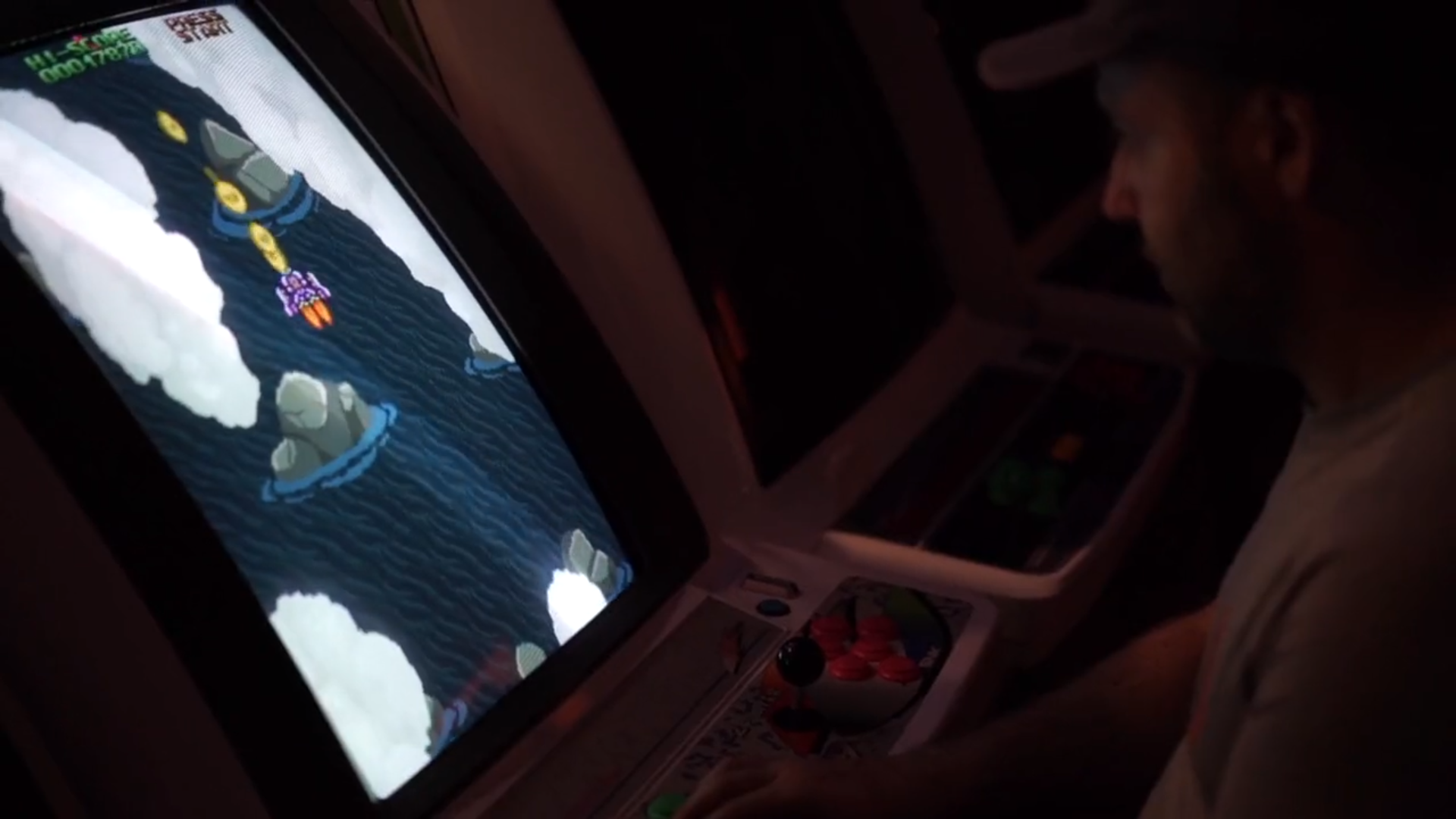 Back in August, I had the opportunity to speak with developer Coin Feeder about his upcoming “tate” shoot-em-up (shmup) game for the Neo-Geo named Project Neon.

In addition to describing what the game would entail, at the time, he shared with me that he planned to launch a crowdfunding campaign in order to get his game published as a physical release.

That time has finally arrived as the campaign launched on November 5th, 2019. This means that it will only be funded if it reaches its goal by Thursday, December 5, 2019. Currently, (at the time of this article) it has amassed $8,048 worth of pledges on a $34,310 goal with 24 days left.

In case that you missed the original post here on RetroRGB, these are the proposed features of the upcoming release:

There are eight tiers ranging from the kickstarter standard of $1 (USD) for moral support to a whopping $8945 (USD) that includes a royalty free license to distribute the game on infotainment systems.

I suspect that most people will be interested in the AES and MVS options that are available for $310 USD. This tier also states that it will include boxed cartridges and access to alpha ROMS.

In terms of stretch goals, there aren’t any.  Extra funds would be used to improve the game which is a smart decision.  In my conversation with the developer, feature creep is something that his team would prefer to avoid as it would take time away from the main goal of a Neo-Geo release.

That said, ports are not out of the question, they are just not a priority at the moment.  If you read my original article, I am still sad that there is no Neo-Geo CD version announced.

As always, please be aware that all kickstarter campaigns involve a degree of risk before you pledge to any campaign.  Always do your research before you commit to anything!

All prices in this article were stated in U.S. currency.