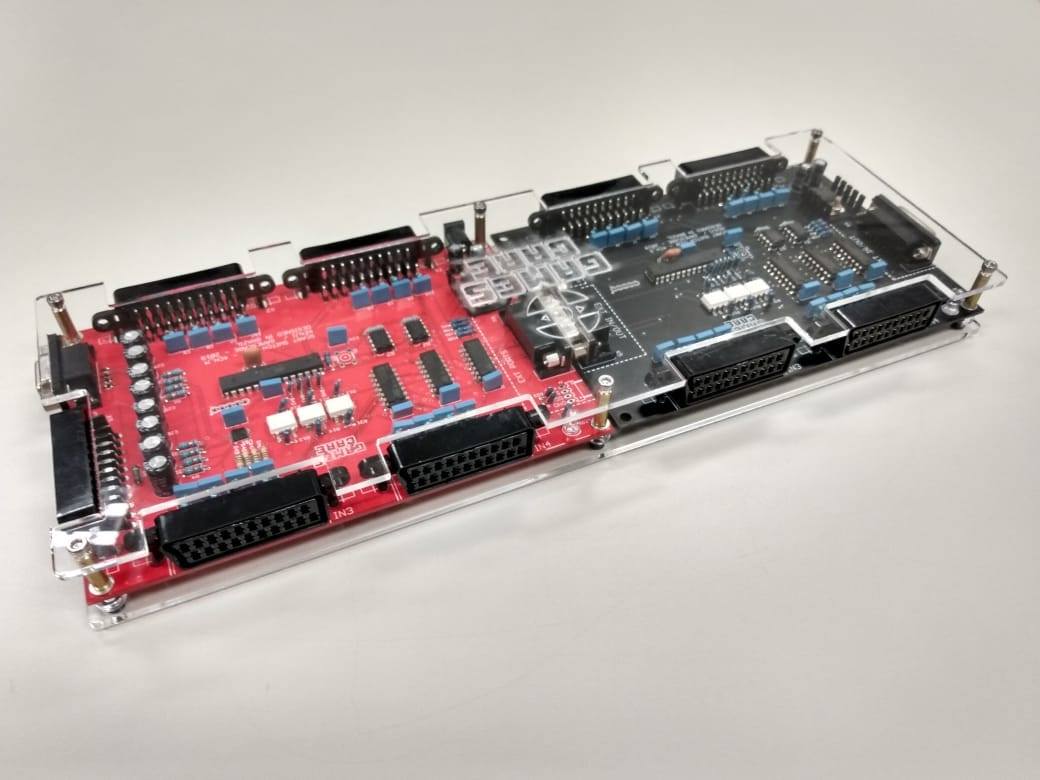 A Brazilian company named GamesCare has just announced an 8×2 SCART switch for R$ 689.00 (about $170).  In my opinion, the price point sits nicely between the $220 (fully featured) gscartsw and $60 (basic) Otaku switch, offering a good option for people.  I’m not sure if they have plans to sell a cheaper 4×1 version, but that would fill in the price gap even more.

More importantly for Brazilian retro gamers, this switch is manufactured and sold right in Brazil.  That means people there won’t have to pay import taxes, suddenly making this switch feel “inexpensive” compared to their alternatives.

It’s always exciting to see members of the retro gaming community like GamesCare continuing to make new products and while this appears to be a good choice in general, it seems like the choice for gamers in Brazil that just need a switch (not sync regeneration).

The switch can be purchased on their Facebook page and a video of it in action is shown below:  https://www.facebook.com/GamesCareBrasil