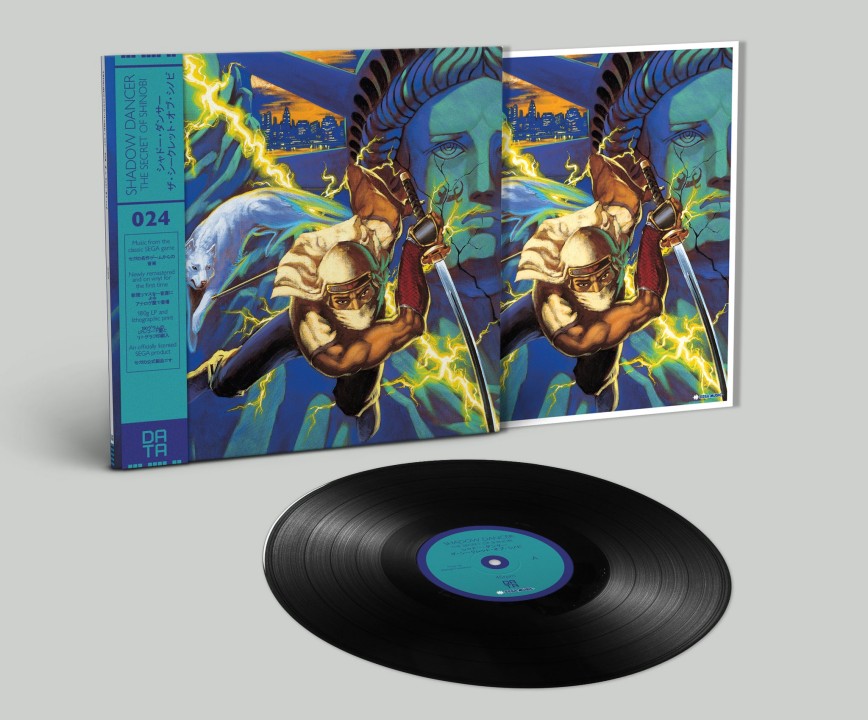 Data-Discs has released a vinyl soundtrack for the Sega Mega Drive/Genesis game, Shadow Dancer: The Secret of Shinobi on a 180g 45rpm single LP. Audio was sourced from a Japanese Mega Drive and remastered in-house at Data-Discs. Vinyl record is packaged in a heavyweight matt laminated sleeve. Along with the soundtrack, this release also comes with double-sided lithographic print of archival artwork and an obi strip.

While the Translucent Teal with White Splatter Limited Edition and Classic Black Edition are already sold out, Translucent Teal is still available for £21.99. Shipping starts at 16th February 2022 from United Kingdom.

Alongside this new release, they have also re-pressed records for Streets of Rage 1 and 2, Golden Axe, The Revenge of Shinobi, Space Harrier and several others. All these releases also include archival artwork for their respective games.