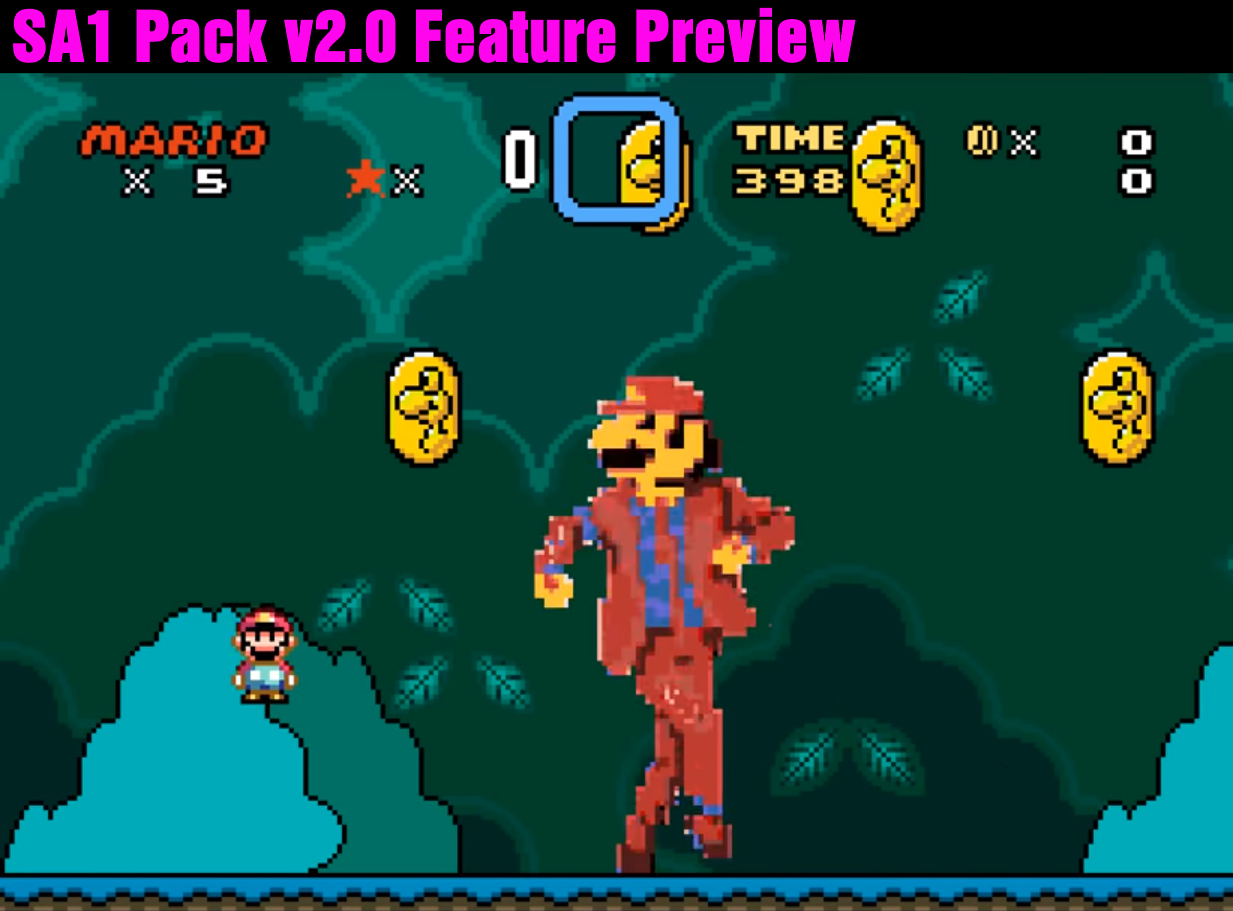 Vitor Vilela is a SMW romhacker and the coder behind the SA-1 Pack, a suite of tools used by Super Mario World romhackers to add SA-1 special chip enhancements. He’s currently hard at work on a v2.0 update to the SA-1 Pack, adding new and more powerful features to the bag of tricks that romhackers can apply to their creations. He posted a spoiler of what he’s calling “Giant Super ExAnimations”, which take advantage of several of the SA-1 chip’s special powers to bring a huge dancing Mario Jackson to life. Good things are still to come for SA-1.

This video shows the new capabilities of the new incoming version of SA-1 Pack. Although you can reproduce similar effects without the chip, the SA-1 Pack system now features a new IRQ/NMI controller which allows for much larger ExAnimations using a similar system used by Yoshi’s Island, Star Fox, Super Mario RPG and many others, which is reducing the screen size though “F-Blank HDMA” and firing the V-Blank routine a bit earlier. That allows up 0x2800 transfer bytes at once compared to the usual 0x800 bytes that SMW allows you to without overflowing V-Blank/NMI.