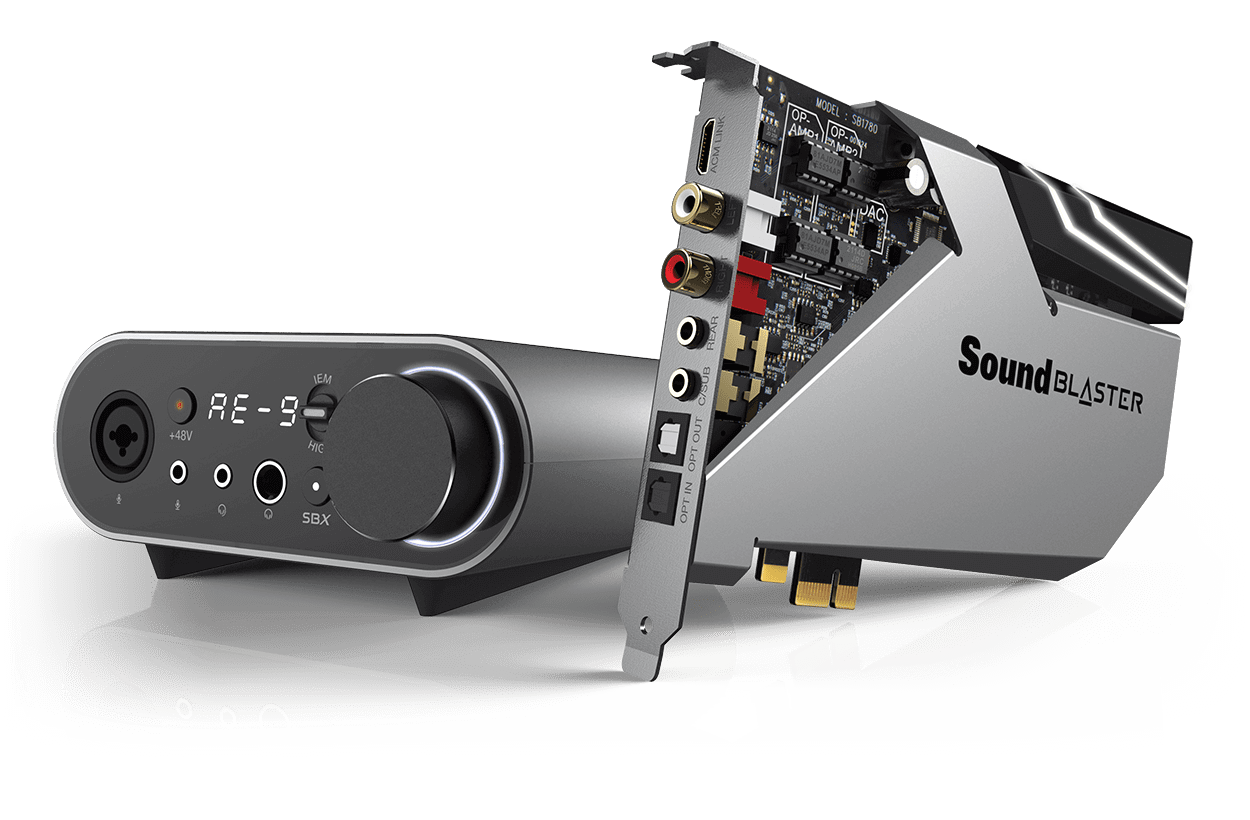 It is the year 2019 and in the Personal Computer (PC) world.  A company called Creative is still making sound cards for gamers and audiophile enthusiast alike.  Having just launched this summer, customers can order one of two different choices with the flagship model being the Sound Blaster AE-9 PCI-E Sound Card.   The other is the more “budgeted” model being the Sound Blaster AE-7 that comes with out the bells and whistles or Audio Control Module (ACM) that is bundled with the AE-9.  Creative have put a focus on quality in premium parts and production used in the construction of these cards, and are meant to appeal to the hardcore gamer and/or audiophile enthusiast.

Creative have stated that this is the best sound card that the company has ever made and the quality of the card looks solid.  Still trying to lock down what this card is capable of with regard to its software suite.  As well as its backwards compatibility with older Sound Blaster staples like ALchemy or EAX support.  This card might be a (rather expensive) solution for audio capture within retro setups but that remains to be seen or tested.  An update to this article will be done, after further test and reviews can be assessed. 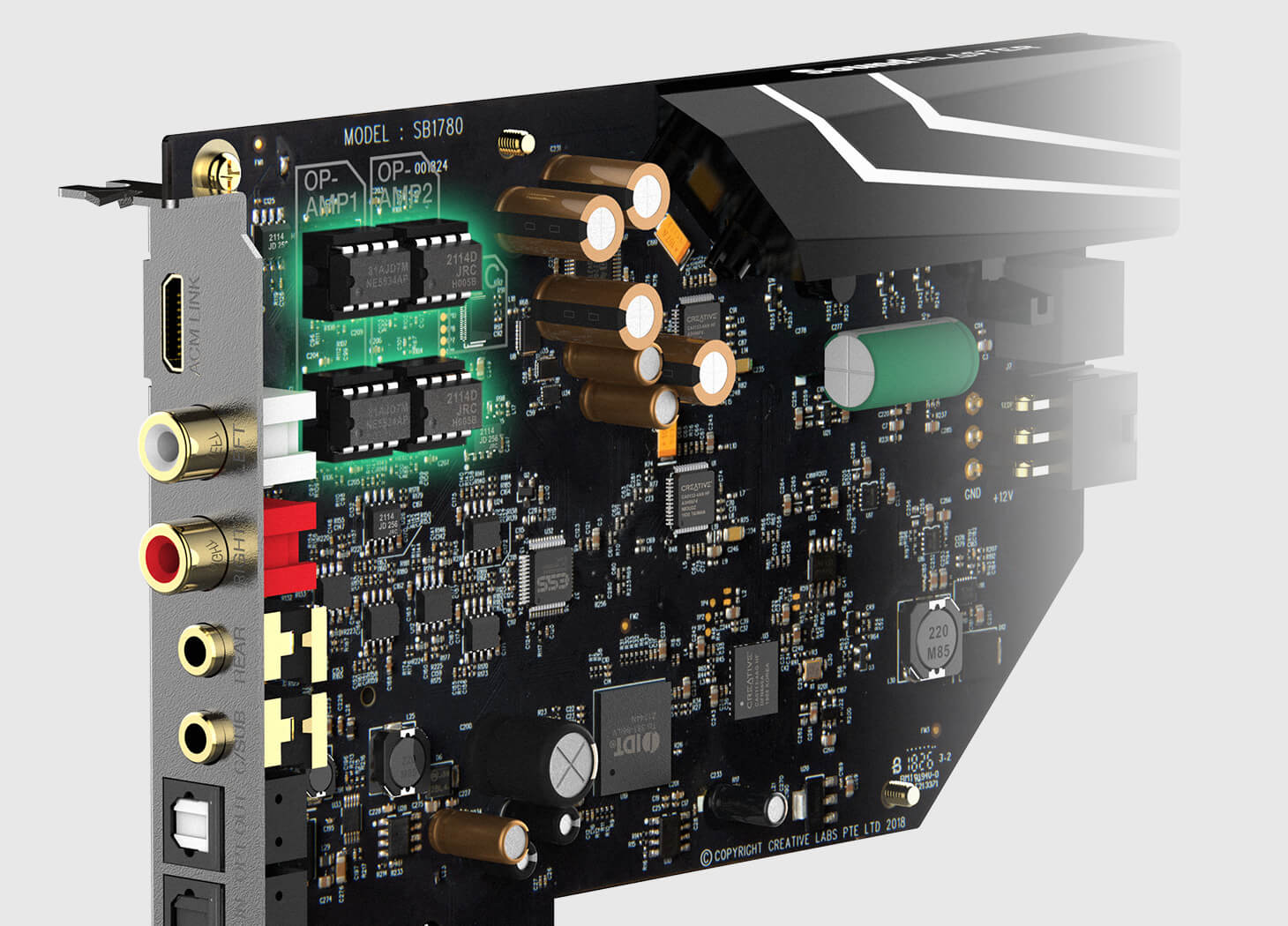