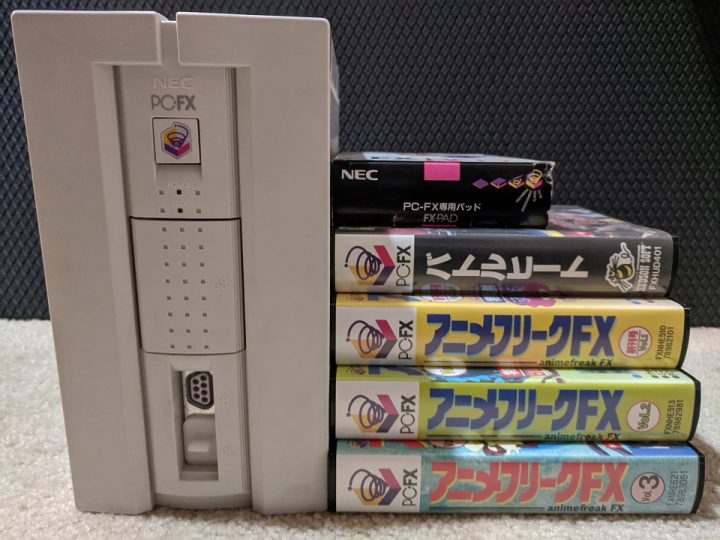 Recently covered by Nicole Branagan aka Nicole Express in an article on her website, the NEC PC-FX was a unique platform that never quite lived up to it’s potential.

In 1994, NEC debuted the Japan-only successor to its super popular PC Engine platform. The new system boasted a 32-bit RISC processor, 16+ million colors, and a built-in CD-ROM drive, but was incompatible with its older siblings and lacked a real-time 3D graphics processor. While the PS1, N64, and Saturn were churning out hits, the PC-FX was stuck in a weird gaming purgatory and ended up a commercial failure. At the direction of NEC, developers were pushed away from making games like Bonk and Bomberman and were pushed towards FMV-rich story games*. The shmups and arcade ports that had solidified the PC Engine lineup were almost completely missing from the PC-FX.

On top of that, the platform itself lacked direction. Not only was the PC-FX released as a computer tower-like standalone console, but also as an add-in card for personal computers running DOS/V or an NEC PC-98 series machine. The card was called the PC-FXGA and was not cheap. Coming in over the cost of a normal PC-FX and requiring a computer with CD-ROM drive and a secondary display, the PC-FXGA was difficult to setup. As Nicole’s article explains, the card does have an additional (graphics processing) chip that allows it to do more than just play back original software titles. However, the card is not super common and some of the pack-in software for one card isn’t compatible with the other card.

LGR has also covered the PC-FXGA in an Oddware video that shows both the complicated installation and the interesting software that came with the DOS/V card.

As a fan of obscure systems, I picked up a PC-FX and some games a few years ago from Japan. While the platform isn’t one I’d recommend you buy, I definitely would recommend you give it a try if you see one at a convention or a friend’s house. I think the system could have been a 2D powerhouse or at the very least an intermediary console until the 3D technology NEC originally wanted to use became more readily available. Who knows though? Maybe with more exposure, someone out there will release some really cool homebrew for the system!

*In case you were wondering, the system doesn’t have that many adult themed/hentai games. But yes, they do exist.