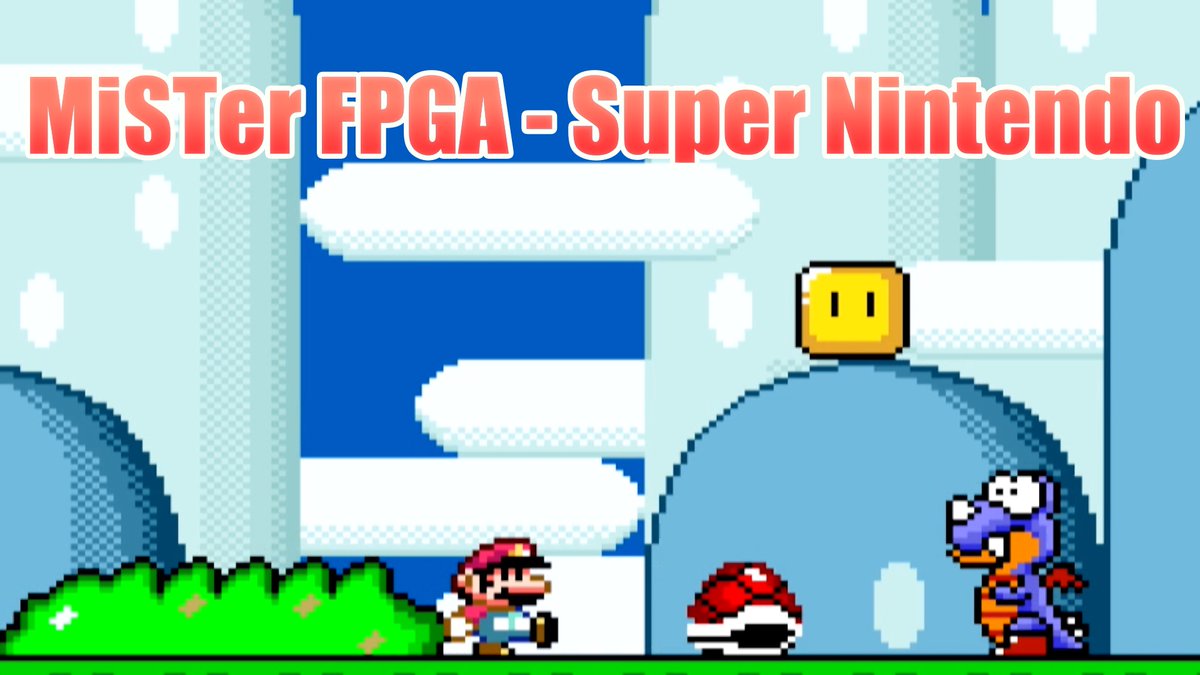 Now that core is on MiSTer.

SNES FPGA porting to MiSTer proceeded at a tremendous pace, with ElectronAsh undertaking the effort to get it running by using the NES core as a template. Together with the help of Rysha and input from Vitor Vilela and GreyRogue they got the core running on MiSTer after merely a few days of hacking at the code. Successfully testing various ROMs like Super Mario World, Donkey Kong Country, and others. After which they passed on the results to Sorgelig who plans to change the SDRAM controller code and may even try to get the core running using only the DE10-Nano’s DDR3. He also plans to remove any unnecessary code and get the core to a state where more SNES chip support can be added down the line. —matr1x (SmokeMonster Elite Patreon Discord)
Snes 1st gen games appear to be working, and there is a build with scaler options that use the /Filter/ files. I’ve personally played SMW, Castlevania IV, UN Squadron . It’s far along at least for a 1st release. It’s impressive and Sorgelig likes it. Save and loading worked in Zelda. Brnx sent Sorgelig a link to a fork of the snes code made to run on MiSTer . This code was made by Rysha/Kitrinx, ElectronAsh, GreyRogue, and Vitor Vilela. Sorgelig said: “I’ve just tried to compile your port and it works! Great job on porting! The code needs some rework as it has many async clocks so may have instability. I’ve loaded Super R-Type and was impressed. The quality of graphics is outstanding, backgrounds are correct, sprites are correct. So, this core looks promising! Sorgelig has some improvements planned , sounds like we might lose save game functionality temporarily, or at least in his builds. —koopabot (SmokeMonster Elite Patreon Discord)

The SNES Core’s code is hosted at https://github.com/MiSTer-devel/SNES_MiSTer
Todd’s Nerd Cave and MadLittlePixel posted videos of the build in action, and it looks really good for a first release. Incredible even.