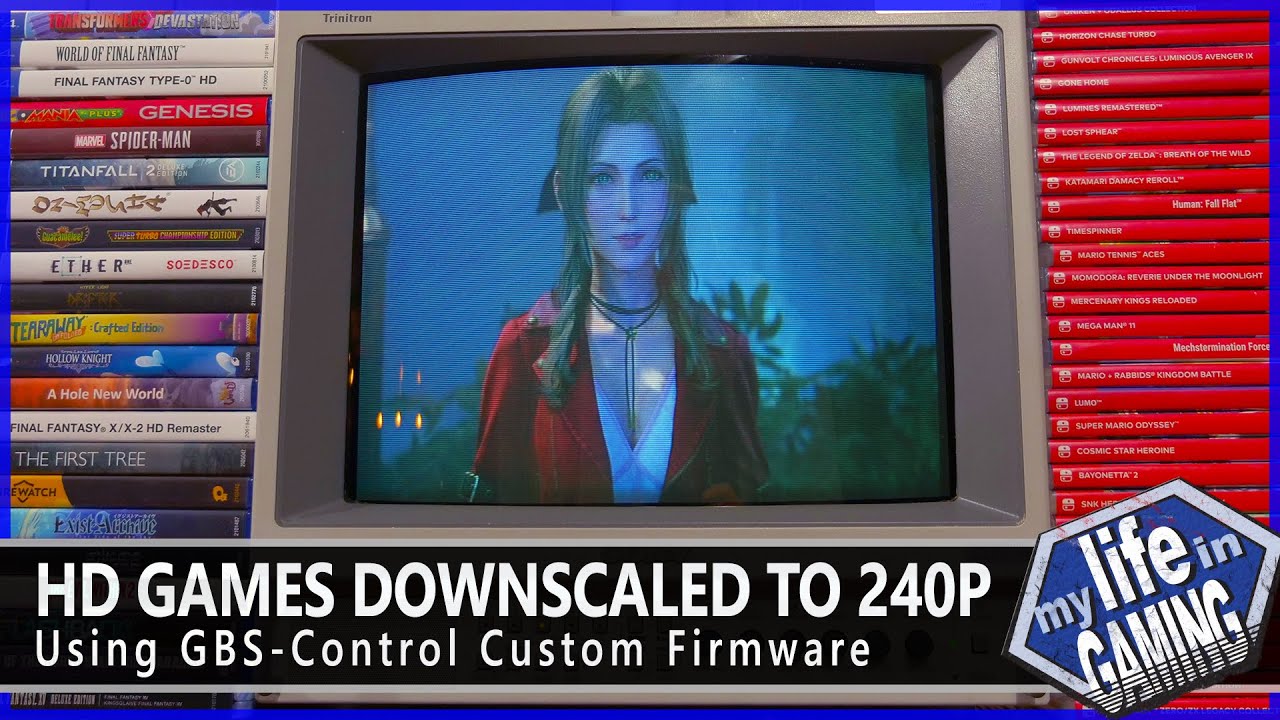 Hey there, it’s is Coury from My Life in Gaming. Perhaps its a bit out of left field, but we posted up a video on downscaling modern HD games to 240p using the GBS-Control Custom Firmware. I tried out over 60 different games – from the most modern open world games like Spider-Man to some real old school throwbacks like Cursed Castilla EX. RetroRGB’s own Bob shows up to give the run down on other downscaling options and the sort of lag they’re prone to.

Now, I totally understand that this might be a subject that’ll seem like a real waste of time to some (most) people, but its something I’ve though about a lot over the last couple of years and it was cool to finally be able to see if this would be as good as I imagined. Not that I’d truly play these games exclusively like this, but I was just curious how they’d look and how they’d translate to low resolution and older tech. At first I intended this to be a quick video, but the more I checked out the more I wanted to continue. I think I could’ve made this video 8 hours long and not tested everything I wanted to. My analysis isn’t scientific or anything, but just based on things I noticed about each one. Some games translate surprisingly well – Dragon’s Crown being one of the most impressive to me – while others are just a mess, like River City Girls. I honestly would have expected that to be the opposite situation.

Anyway, check it out! Its an hour long, but I never spend more than a minute on each game, so you never know what I’ll try out next!