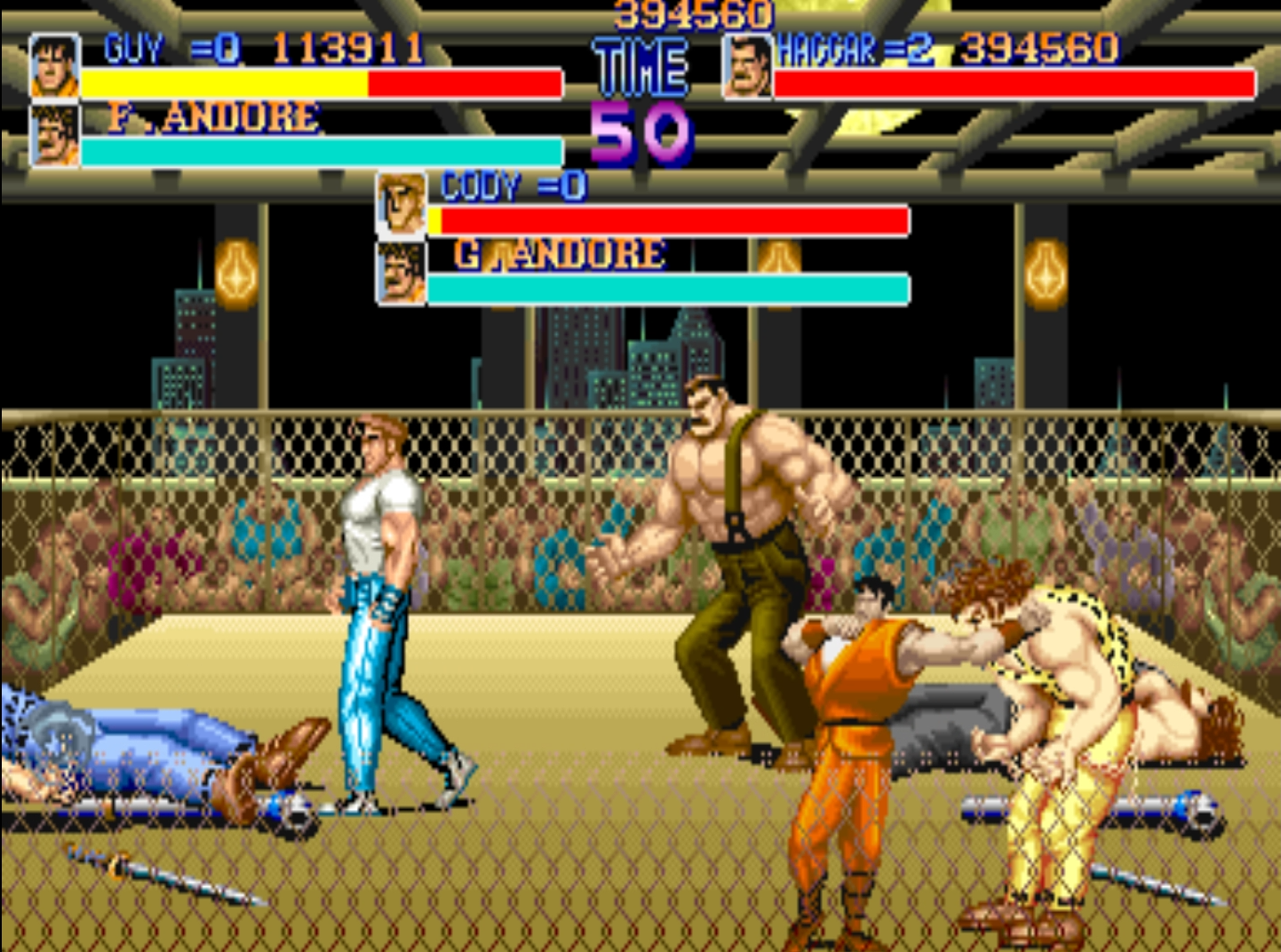 Grego and Rotwang have released a ROMhack of Final Fight Arcade, which will run on real arcade hardware. Called Final Fight 30th Anniversary Edition, it’s one of the most impressive and ambitious hacks that I’ve seen, bringing an entirely new gameplay mechanic, complete with a working HUD for the third player. It is still in development, but the team has posted some information at Romhacking.net and a teaser video:

After a month of development and a ton of reverse engineering, Rotwang and I would like to announce Final Fight 30th Anniversary Edition!

This modification finally brings three player to the greatest beat em up of all time. Designed from the ground up to work on real CPS1 hardware, this modification will be a cut above the rest.

So far most game systems have been modified to support three player, health bars, ai, weapons, scene transitions, hit detection, input, etc.  The game is already fully playable from start to finish, however there is still some enemy ai/bug fixes/clean up to be done.

We are working hard to make this modification a perfect enhancement to a classic game.

Source: http://www.romhacking.net/forum/index.php?topic=28073.0
A big thanks to Beast for the heads up!