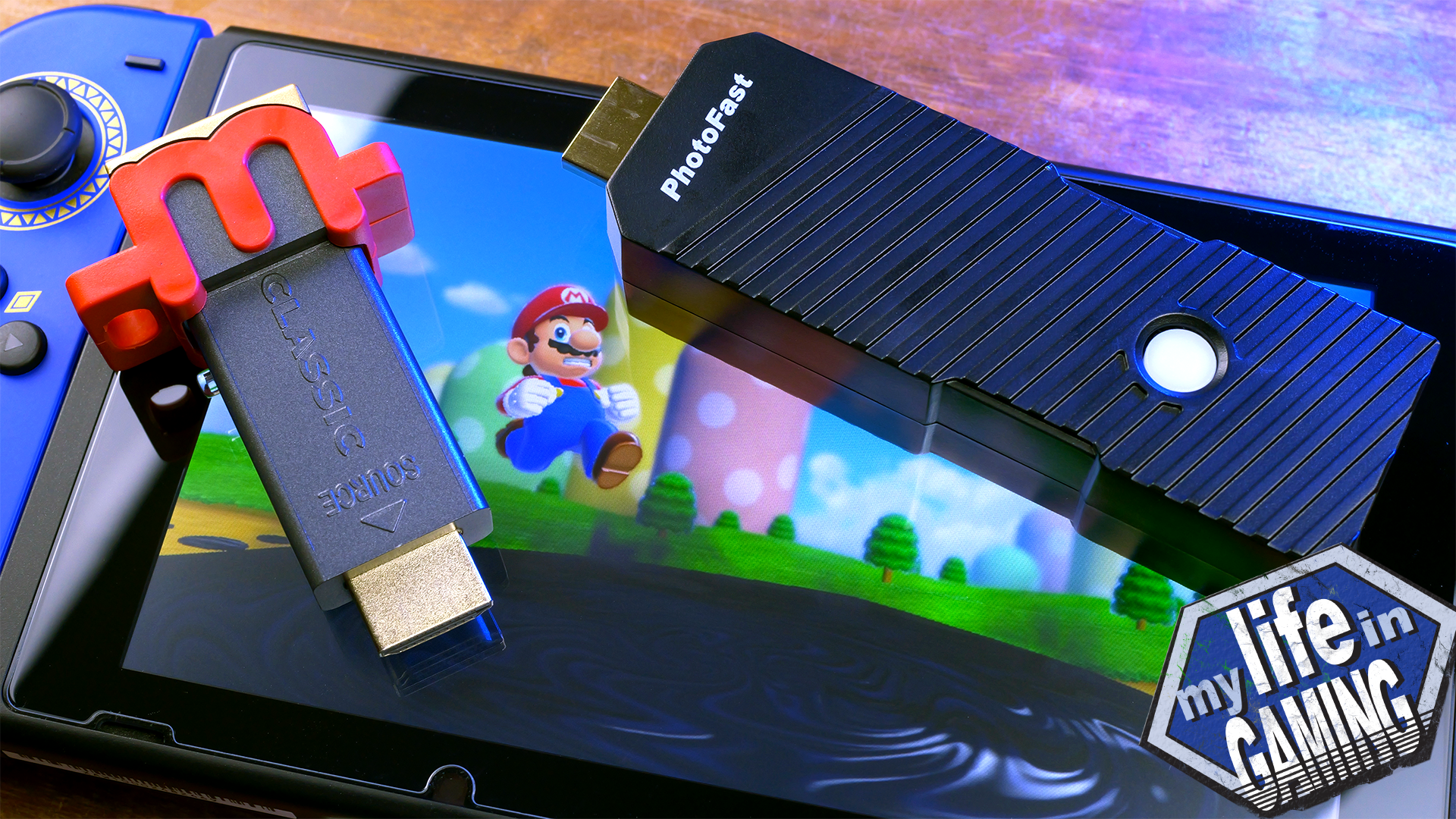 Hey everyone, Try from My Life in Gaming here! It’s unfortunately been a while since I had the time to get an episode of my own out on the channel, but the stars aligned just right so that I had the time and ability to make this one happen, so it came together kind of suddenly!

I have never been a fan of devices like the 4K Gamer Pro or mClassic ever since trying the mCable Gaming Edition many years ago. For the uninitiated, the 4K Gamer Pro is a relatively newer device (Bob has covered it himself before), which applies a sharpening effect to 1080p sources and outputs at 2160p, while the mClassic has been around for a bit and claims to be a “graphics processor” that adds post-process anti-aliasing to 480p, 720p, and 1080p signals, outputting them at 1080p. My humble opinion is that the positive impact they may have on the image is too minor to offset the downsides of the artifacts that they add while doing their tricks. In the case of the 4K Gamer Pro in particular, its effect seems no different at all from halo-heavy sharpening that already exists on many (most?) digital TVs, but admittedly, its 2160p output may help many people work around compatibility issues or work around input lag issues… $160 – $200 is pretty pricey for that, though. 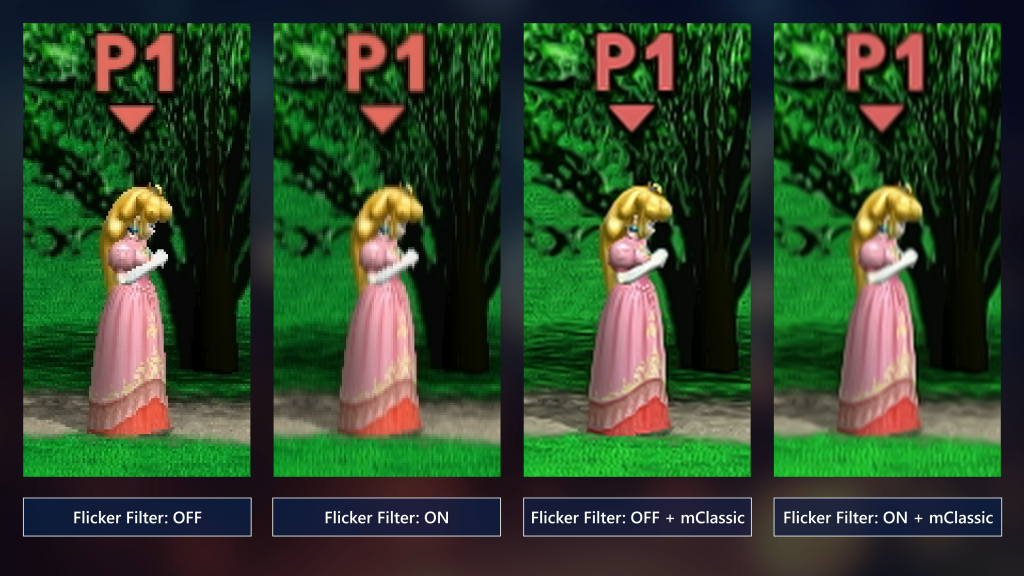 Luckily, a lot of viewers who do enjoy these devices seem to respect my opinion on them because I also tried to be even-handed in my approach here. Because something that is important to realize is that modern game graphics are often already super highly-processed with temporal anti-aliasing effects and image reconstruction techniques, which can have artifacts of their own and are subjectively tweaked by developers to have what they believe has the overall most positive impact on the image without noticeable downsides. And TVs use a variety of methods to upscale 1080p sources to 4K too… when testing a friend’s TV, I found that you couldn’t quite get a neutral sharpness setting for 1080p content, as there were always slight ringing artifacts no matter what. But that was the choice of someone who implemented that feature on that TV, even if I disagree. So who am I to say that players can’t have the power to add smoothing/anti-aliasing and/or artificial sharpening of their own if they personally feel it improves the image? There is no “definitive” or truly “neutral” handling of sub-native resolutions, so I’m not gonna say that you shouldn’t use these devices as long as you don’t parrot the company marketing as the truth and take an honest assessment of what they actually do. They aren’t for me, but it’s totally OK if they’re for you!

As a side note, testing this device caused me to discover that newer LG OLEDs actually have shockingly good sharpening settings that reduce aliasing and barely add ringing artifacts, if any at all. I’ve always been super adamant about neutral sharpness, but I’m going to experiment more and see if perhaps I should be using a different sharpness setting other than 0 (neutral) on my C1 OLED… 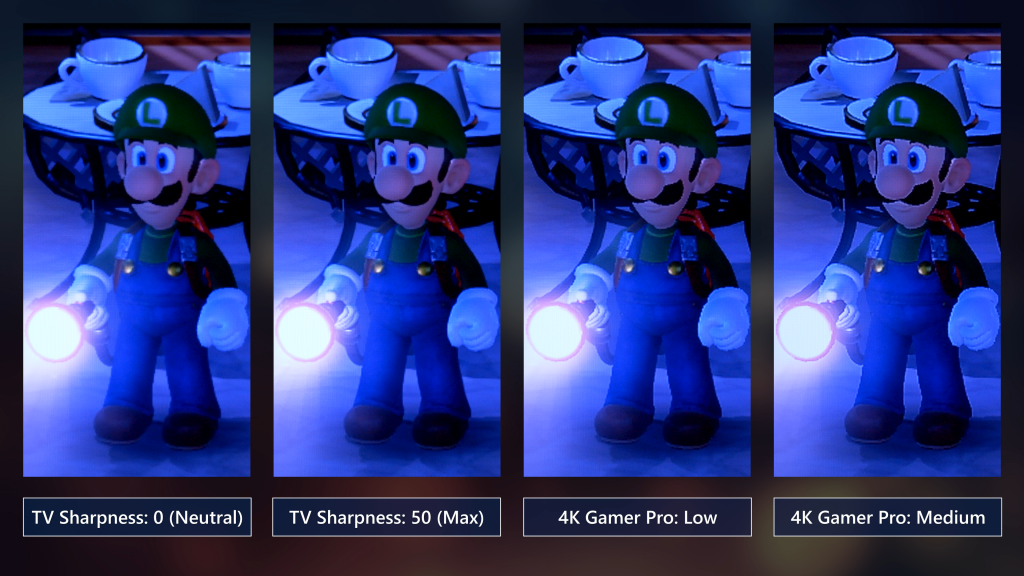 Anyway, enjoy the episode! If you like comparisons, boy oh boy there sure are a lot here.